OnePlus Nord CE Review: Back to the Core Value

OnePlus Nord was launched more than a year ago as a way to travel back to its roots. However, this year, OnePlus has decided to one-up themselves by launching the Nord CE a.k.a Nord Core Edition. Stripping the not needed features and keeping only the features that one truly needs, the Nord CE is even cheaper.

You might think, stripping features is not always a good idea, however, it packs a 4500mAh battery with 30W Warp Charging technology, superfluid 90Hz display, blazing fast 5G support, 3.5mm headphone jack for those wired headphone purists and more for just Rs 22,999 for the base model.

OnePlus Nord CE sports a 6.43-inch FullHD+ Fluid AMOLED display with an aspect ratio of 20:9. It is powered by the Qualcomm Snapdragon 750G processor paired with upto 12GB of RAM and 256GB of onboard storage. The storage is non-expandable. It runs on Android 11 based Oxygen OS 11 out of the box. All of this is backed by a 4,500mAh battery.

On the optics front, the Nord CE features a triple rear camera setup including a 64-megapixel primary camera, an 8-megapixel ultra-wide-angle lens and a 2-megapixel depth sensor. Upfront, there is a 16-megapixel selfie snapper.

The OnePlus Nord CE is not much different from the Nord in terms of design. And that is not a bad thing as it makes it blend within the Nord family of smartphones that OnePlus had launched internationally. The plastic back and frame do not make the smartphone feel premium but at this price point, it's not a big disappointment. On the front, the Nord CE sports a 6.43-inch panel with a display cutout for a selfie snapper on the left side. It has thin bezels offering a great viewing experience. 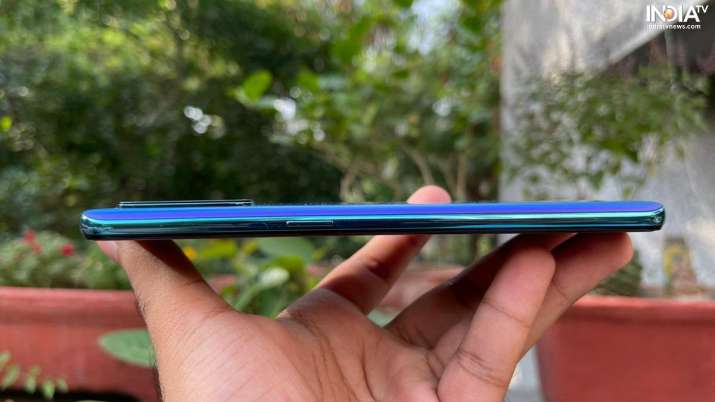 As for the placements, Nord CE sports a USB Type-C port on the bottom edge surrounded by a 3.5mm headphone jack, speaker grille and the primary microphone. The right edge houses the power button. On the left edge, there are volume buttons and the dual sim card tray. The top edge of the phone is mostly left clean with the exception of the secondary microphone. The addition of the 3.5mm headphone jack is welcome as in the lower price range, a pair of good enough wireless headphones like the OnePlus Buds Z cost more than 10% of the device’s value. However, removal of the alert slider which had been seen on the brand’s phone dating back to the original OnePlus One looks like the company is settling to keep the prices down.

Coming back to the display, it is a 6.43-inch Fluid AMOLED panel with a resolution of 2400x1080 pixels. The company went ahead and removed the HDR10+ support to keep the costs down. The display works really well if you like to watch movies and other content on your smartphone on the go. The Widevine L1 means you can stream the Full-HD content on apps like Netflix, Prime Video and more. The cherry on the top is a 90Hz panel which makes the day to day usage really smooth.

OnePlus Nord CE is powered by the Qualcomm Snapdragon 750G processor paired with 6/8/12GB of RAM. With the phone being priced in the 23,000-28,000 range, the 750G processor seems to be a good choice here. Our review unit came with 12GB RAM and 256GB storage. It not only offers fluid performance like the flagship 800 series in most of the use cases, but also packs in 5G capabilities for those blazing fast speeds. During the review period, the combination of gaming, internet browsing and music playback didn’t cause the phone to sweat even a bit. 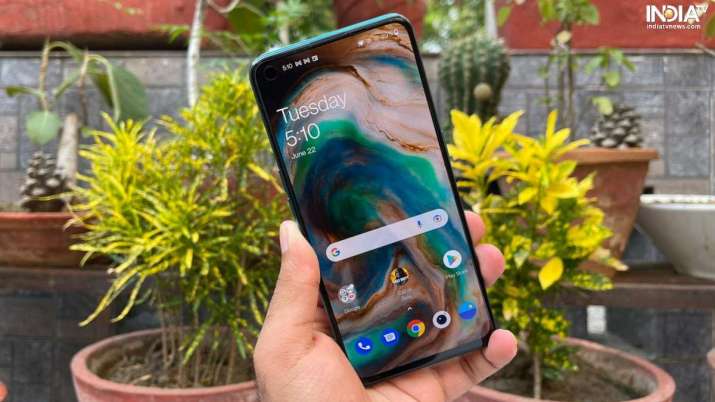 The Nord CE runs on Android 11 based OxygenOS 11 out of the box. The user interface feels super smooth. It does bring in a host of features including a system-wide dark mode, an always-on display, accent color customization and much more. Just like every other OnePlus phone that I have used, the software is really good. The beta Canvas feature for the always-on display is really good.

OnePlus Nord CE sports a quad-camera setup at the back. The setup comprises a 64-megapixel primary camera, an 8-megapixel ultra-wide-angle camera and a 2-megapixel depth sensor. The smartphone also gets Pro Mode, Night mode, Slow-Mo mode and much more. 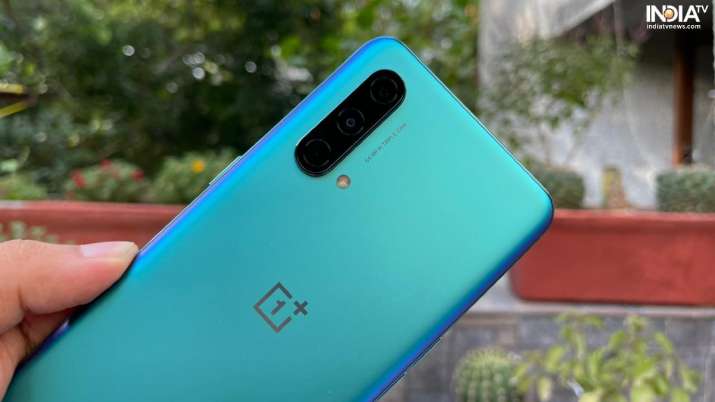 The camera app is straightforward and offers a good amount of features. However, the benefit of the small sensors like the 2-megapixel sensor is really unknown to me. Probably it would be better to save that money on the sensor and offer something like a better display.

During our tests, the Nord CE managed to click some decent shots. Under good lighting conditions, the phone managed to lock focus quickly offering nice saturation with good contrast. However, details on the edges were a bit rough in close up situations. There was a case of oversaturation many times, but an update seems to have fixed a lot of that issue. The wide angle lens is also the same.

The low light performance was also not upto the mark and left one to desire a lot more, considering the companies partnership with Hasselblad for the OnePlus 9 series, we expected that to trickle down on the Nord series also.

The selfie camera provides really good images in great lighting. However, as soon as the light gets a bit bright, it oversaturated the image and in low light, the details aren’t that great and there is a lot of noise in the images.

The battery of 4500mAh is not really that impressive nowadays. However, what’s impressive is the company's Wrap Charge 30T technology. During my time with the device, light to medium usage got me around a day and a half of usage. I am sure the battery life will take a hit when 5G becomes available in India and we start using it.

With companies skimping on fast charging and removing chargers from the box, I am happy to see that the OnePlus Nord CE comes with a charger in the box. The included Warp Charge 30T charges the phone from 0-100 in about an hour. In just 10 minutes you can get around 25-30% which is good if you need a quick top-up. 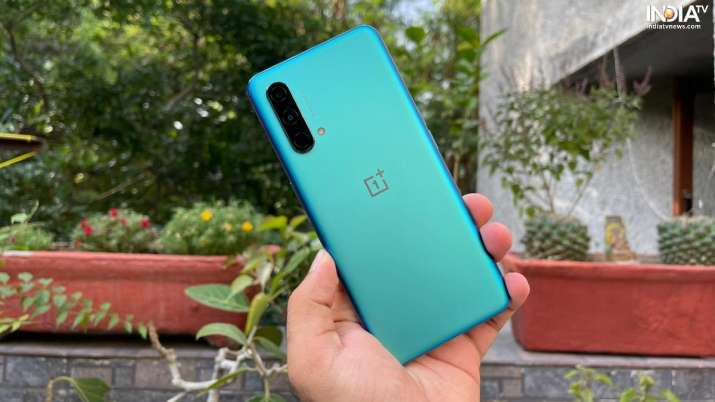 OnePlus Nord CE starts at Rs 22,999 for the 6GB RAM and 64GB storage variant. For that price it delivers on its promise to deliver all the core features that a smartphone buyer would appreciate. However, the name Nord CE makes it look like an evolution to the OnePlus Nord which is not true. The OnePlus Nord CE feels like a completely different smartphone instead of an upgrade.

Being said that, the OnePlus Nord CE is just Rs 2,000 less than the original Nord and for that, you miss out on glass back, Gorilla glass front display, HDR10+ support, the iconic OnePlus alert slider, a downgraded processor and hence an downgraded GPU. The only thing you gain is the 3.5mm headphone jack. While the OnePlus Nord CE offers a great value for money, last year’s Nord is still a better deal. I would strongly recommend getting the Nord instead of the Nord CE unless you got to have a headphone jack.