Xiaomi Redmi K30 Pro 5G will launch in March: All you need to know

Xiaomi will launch its new 5G smartphone -- Redmi K30 Pro 5G -- in March. Here's all you need to know

Xiaomi is soon to unveil a new 5G smartphone called the Redmi K30 Pro 5G, which will officially arrive in March. The company released an official teaser for the same suggesting that the 5G smartphone is soon to arrive next month. The Redmi smartphone will be in direct competition with the recently-launched iQOO 3 5G and the Realme X50 Pro 5G. Read on to know more about the upcoming Xiaomi 5G smartphone.

For those who don't know, Xiaomi recently unveiled the Redmi K30, which was launched as the POCO X2 in India. 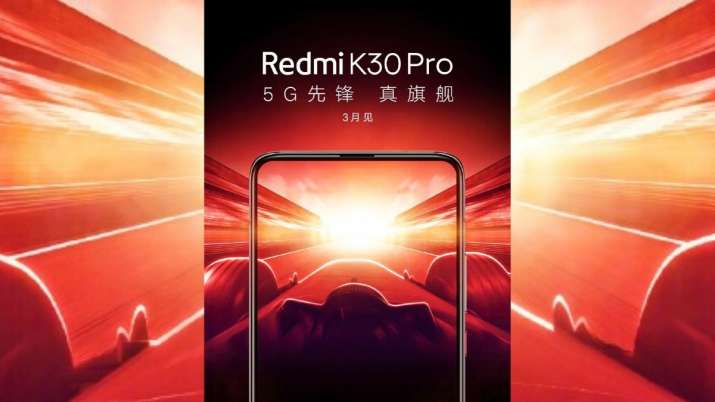 The 5G smartphone could be powered by the Qualcomm Snapdragon 865 processor along with Snapdragon X55 5G modem. It could feature a quad-camera setup and most likely run MIUI 11 based on Android 10.

In addition to this, Xiaomi India announced that it has collaborated with ISRO for NavIC satellite navigation system in India. An upcoming Redmi smartphone will come with the tech and it could be the Redmi K30 Pro.

As a reminder, the aforementioned are just rumours and we don't have any fact backing it. For more information, we will have to wait until Xiaomi releases anything official. Hence, stay tuned.