In an exclusive conversation with Indiatvnews.com, AFI president Adille Sumariwalla explains how champions like Neeraj are honed and handled with care while revealing that the athlete will be training and competing in Europe in May.

Aditya K. Halder @addyhalder
New Delhi Updated on: March 08, 2021 12:28 IST
URL copied
If you are an ardent Indian athletics fan then you are certainly excited to see how Indian javelin star Neeraj Chopra has kicked off his season. To those not aware, the 23-year-old man from Panipat rewrote his national record by a slender 0.01 metre at 88.07 metres at the Indian Grand Prix II in Patiala as an alarm to the likes of Johannes Vetter, Thomas Rohler that he means business in an Olympic year.

Of course, one can say that hold your horses! He just improved his previous national record by a mere 0.01m and the improvement came after almost three years when he won gold at the 2018 Jakarta Asian Games. But let's compare the circumstances of both the throws; the 88.06m throw in Indonesia came at the end of the season when the then 20-year-old burly track and field athlete was at the peak of his prowess. On the contrary, his recent best came at the beginning of the season with the entire season left to reach his peak; ideally at the Tokyo Olympics in August.

In fact, a lot has happened over the three years — including multiple injuries and career-threatening elbow surgery in May 2019 — that left everyone in distress if India's brightest prospect in track and field history will ever be ready for Tokyo in time or qualify for the quadrennial event before the cut-off date.

This led to a sense of urgency that made the young man himself eager to return to the field as soon as possible. Neeraj himself made his ambitions of competing at the 2019 World Athletics Championships clear within four months after going under the knife.

However, sane minds at the helm of the AFI prevailed such obstinancy and urged Neeraj to treat his body with more respect while trusting the process. 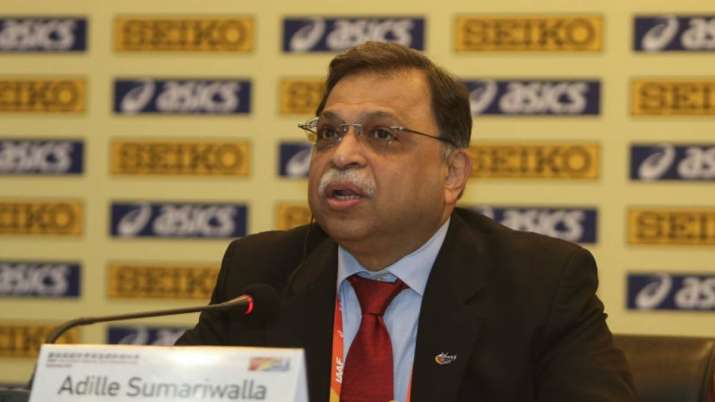 "We absolutely monitored with the doctor who operated (on Neeraj's elbow) with the physio," AFI president Adille Sumariwalla told Indiatvnews.com in an exclusive conversation. "Then we made sure a full programme was done. There was a meet in Ranchi (Open Nationals) which he wanted to participate in but we stopped him.

"If you remember, there was a lot of media pressure on us to let him play; there was pressure from everybody but I said nothing doing and then we sat with him and the biomechanics coach (Bartonietz Klaus, who also trains him) explained why it was important for him to not to rush into competitions while working on his technique in practice."

The senior AFI official, who himself is a former Olympic sprinter, then went on to give what could be called a riveting and keen insight on what caused Neeraj's injury back then and explained why it was important to guide the youngster into opting for what was best for him.

"The root cause of his problem wasn't his elbow but somewhere else. He was ready to throw in training but not in competitions.  He had nagging shoulder and back issues and he tried to compensate for that with his elbow as the last jerk to generate enough power. Once we understood that, we wanted it to be corrected first before letting him compete again," Summariwala explained.

To jog the reader's mind, Neeraj admitted back in 2018 of a fault in his technique after missing out on the IAFF Continental Cup medal by a whisker while representing Asia. Though it is hard to decipher if it was the same technical glitch, his throws were often tilting to the left and in Ostrava it landed right outside the sector despite it being a huge throw of above 85m; costing him the medal.

As a matter of fact, his 88.06m gold-winning throw in Jakarta too landed close to the boundary; so did his 85.73m throw at the Diamond League in Zurich, where he missed the bronze medal by just 0.4 metres.

AFI's interference did seem to have done wonders because it's now two back-to-back competitions, separated by a year due to COVID-19 pandemic when Neeraj has managed huge throws in 87.86m and the latest one in Patiala with the former one — in Potchefstroom during a training camp — earning him the Tokyo berth.

Unprecedented 90m could be a reality this season

So after another huge throw at the beginning of the season, is AFI expecting Neeraj to cross the unprecedented barrier to further boost his medal chances at the biggest of stages? The answer is more than yes.

"90m is definitely a target we have set. Saying that we don't want to push for it. I believe in following a process and once that is fine rest will follow. Each of the athletes, I tell them I don't want a medal but your best. So after his 88.07m, the expectation would be to see him do better than that, I will not be happy with anything below that. Once an athlete does his best than anything can happen," said Adille.

Competing in Europe in May is important

Saying that a 90m-mark is easier said than done and Neeraj would need to compete in some top competitions leading to the Olympics in order to ensure he is aptly prepared to handle the competition pressure at the grandest of stages. And AFI is certainly not leaving any stone unturned as the plan is to send the star athlete for training in Europe, possibly in May while keeping in mind that his health safety is of utmost importance amid the COVID-19 outbreak.

"That's all have been worked out depending on what the situation is (pertaining to the pandemic). At the moment he is preparing for the Indian competitions (Federation Cup from March 15) and after that is over, we need to send him (to Europe) sometimes in May because that's when the competitions in Europe will start. We would like to see him compete in Diamond Leagues and other events so we would like to find them (Neeraj and other javelin throwers) a centre which is safe. We have to figure it out; see which country would be apt for a bio-bubble for them to stay in," Adille said.