Alex Hales hits out at PCB, shares picture of poor quality of food served to him during PSL

Hales, a part of the Islamabad United franchise in the tournament, took it to Instagram to talk about the quality of food given to him.

England batsman Alex Hales stirred a controversy on Thursday after he shared a picture of the food served to him during his stint in the Pakistan Super League (PSL).

Hales, a part of the Islamabad United franchise in the tournament, took it to Instagram to talk about the quality of food given to him. In the batsman's Instagram story, two eggs could be seen with a toast and an unopened packet. 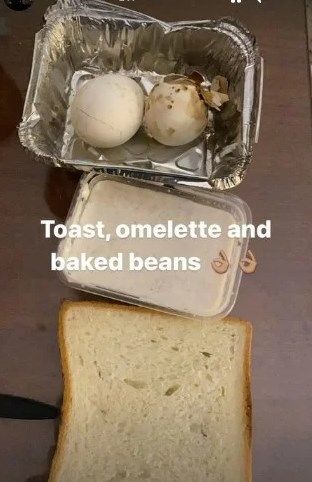 Earlier in the day, the PSL was postponed with immediate effect after three more cricketers tested positive for COVID-19, taking the total number of cases in the T20 tournament to seven. Only 14 games could be completed in the 34-match tournament.

"Following a meeting with the team owners and considering the health and wellbeing of all participants is paramount, the Pakistan Cricket Board has decided to postpone the HBL Pakistan Super League 6 with immediate effect," the PCB said in a statement.

PCB CEO Wasim Khan said an inquiry will be conducted to understand what went wrong. The PCB was forced to postpone the league last year too after the COVID-19 pandemic spread in Pakistan.

"It is a great disappointment for us and we find ourselves in a situation where we question whether we can provide full protection for players as their health and well being comes above everything else," said Khan.

"We looked at the option of halting proceedings for a few days but in the last few days there was a huge concern even among the franchises and players," he added