Sushant Singh Rajput, 34, Bollywood actor, was found dead at his Mumbai Bandra apartment on Saturday, initial police observation says that the actor committed suicide. The development came as shock to the film industry, family members of Sushant Singh Rajput as nobody as they fail to accept how he can take his own life, leaving behind endless speculations, assumptions as to why he took the extreme step.

Sushant Singh Rajput was a big star and it is very likely that people are bound to check his social media bios, status including Twitter, Facebook, Instagram to find out whether he left some clue, hint that can help his loved ones, industry understand the reason behind his extreme step. Though there is no suicide note or any statement which actor left, however, the Twitter and Instagram bio of the actor where he had written "Photon in a double-slit experiment" -- which was Sushant's one of the 50 things that he wished to do in his life -- is raising curiosity among people, fans. 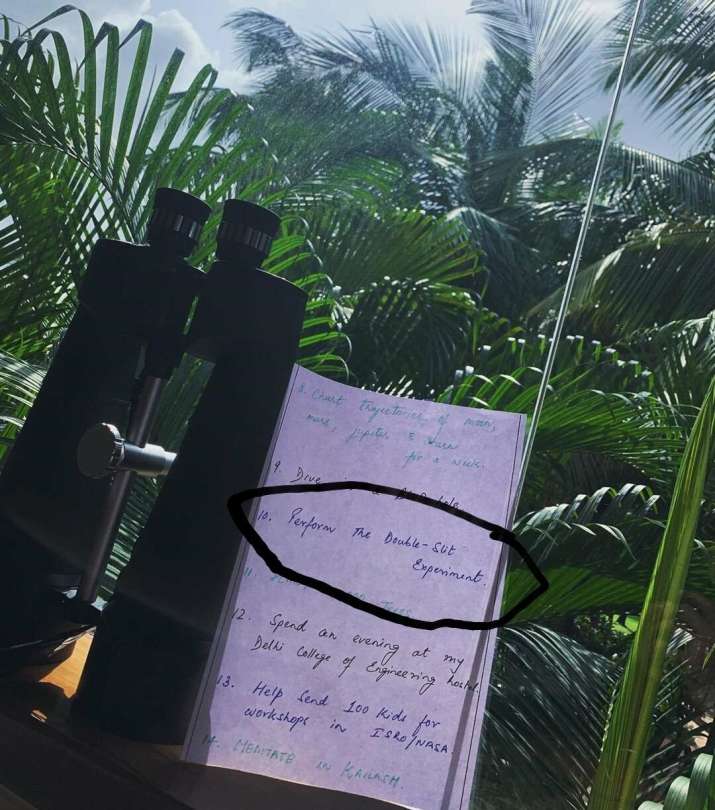 According to Shuvodeep Das, a professional and science enthusiast having interests in astro-quantum physics, "Quantum physics and especially mechanics is one of the most popular theories that has ever been proposed in science but is also most difficult to comprehend practically. Although, physicists using mathematics have described the superposition of states with a wave function and operations on the wave function correctly determine the probability of each of the possible outcomes."

"One way to test this by performing a "double-slit experiment". In this test, a photon is passed through two slits, wherein, firstly, when the photon propagates from a gun to one of the slits, it exists in a superposition of different states (probability of going through one slit, the other slit, neither slit or both slits). This confirms the intermediate state when the interference patterns are observed on the wall," Shuvodeep Das added.

"It is also measured as in which slit the photon passed through, which then causes the electron to exist in a definite state. That being said, you can only know the probabilities of where the photon will land; you cannot predict exactly where it will show up," Shuvodeep Das said. 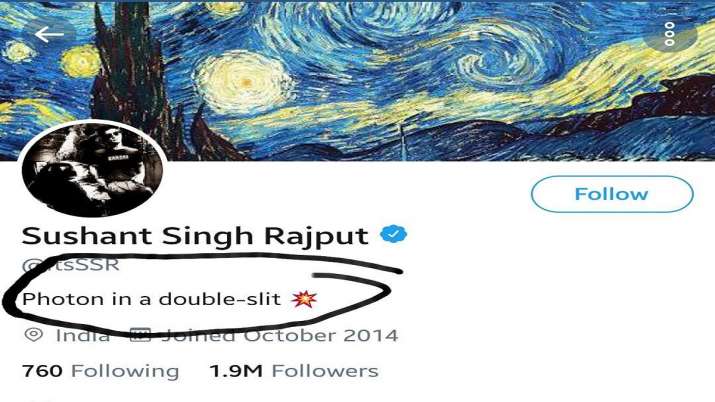 Shuvodep Das further explains, "In terms of quantum mechanics, all the outcomes that can possibly occur "actually happens", but one at a time in each Universe. Therefore, it will take an infinite number of parallel Universes to account for all the possibilities.

"This shows any physical body possessing energy coexisting in multiple universes at a time, and therefore when one dies its just a form that is no more in a universe but exists in another," Das said. 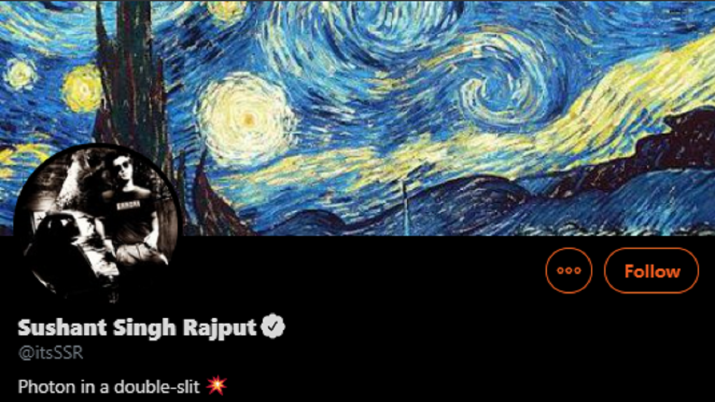 In a "Letter from Vincent van Gogh to Theo van Gogh" the Dutch painter said, "It would be so simple and would account so much for the terrible things in life, which now amaze and wound us so, if life had yet another hemisphere, invisible it is true, but where one lands when one dies. To those who make this interesting and solemn journey, our best wishes and sympathy." Theo van Gogh was his brother.

Now, mentions like photon in a double-slit experiment and Gogh's painting "The Starry Night" as Twitter background photo, is it a clue to the world that the actor -- who was himself a science enthusiast and had an interest in astronomy, physics  -- was trying to try something with his life that is not usual, since his scientific and philosophical believes hint us about a certain purview or perception on after-life. 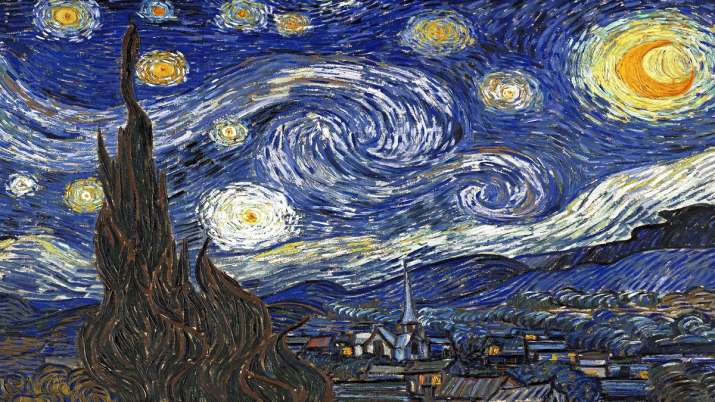 Van Gogh's painted "The Starry Night" when he was in an asylum and going through pain and depression.

According to Wikipedia, "The Starry Night by Van Gogh was painted during the day in Van Gogh's ground-floor studio, it would be inaccurate to state that the picture was painted from memory. The view has been identified as the one from his bedroom window, facing east, a view which Van Gogh painted variations of no fewer than twenty-one times, including The Starry Night.

"Through the iron-barred window," he wrote to his brother, Theo, around May 23, 1889, "I can see an enclosed square of wheat ... above which, in the morning, I watch the sun-rise in all its glory."

Van Gogh depicted the view at different times of the day and under various weather conditions, including sunrise, moonrise, sunshine-filled days, overcast days, windy days, and one day with rain. While the hospital staff did not allow Van Gogh to paint in his bedroom, he was able there to make sketches in ink or charcoal on paper; eventually, he would base newer variations on previous versions. The pictorial element uniting all of these paintings is the diagonal line coming in from the right depicting the low rolling hills of the Alpilles mountains. In fifteen of the twenty-one versions, cypress trees are visible beyond the far wall enclosing the wheat field. Van Gogh telescoped the view in six of these vague paintings, most notably in F717 Wheat Field with Cypresses and The Starry Night, bringing the trees closer to the picture plane."

So if all the dots when connected together, does it suggest that Sushant Singh Rajput's extreme step has something to do with all this.....?