NASA is planning to send the next man and first woman to the lunar surface by the year 2024 as part of its Artemis program, the agency has already started preparing astronauts for the challenges that they will face on the lunar surface.

NASA is planning to send the next man and first woman to the lunar surface by the year 2024 as part of its Artemis program. The agency has already started preparing astronauts for the challenges that they will face on the lunar surface. The last time NASA sent humans to the Moon was in 1972, during the Apollo lunar mission.

As part of a test series occurring in the Neutral Buoyancy Lab (NBL) at Johnson Space Center in Houston, astronauts in a demonstration version of the exploration spacesuit and engineers in "hard hat" dive equipment are simulating several different tasks crew could do on the surface of the Moon, NASA said. 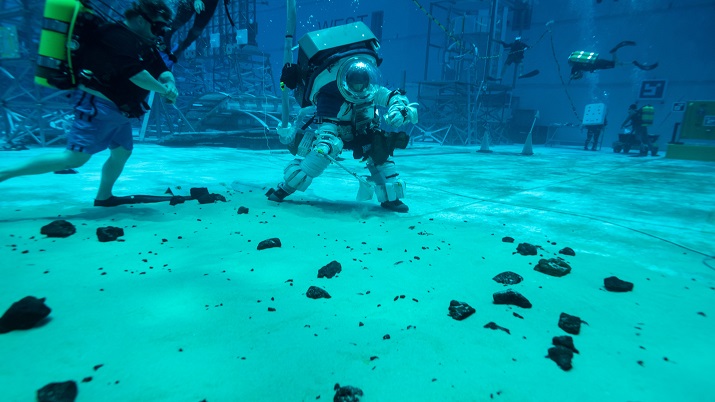 What is the Artemis program?

The National Aeronautics and Space Administration or NASA wishes to demonstrate new technologies, capabilities and business approaches that will ultimately be needed for the future exploration of Mars with the Artemis program.

The program is divided into three parts-

The first part named as Artemis I is most likely to be launched next year and involves an uncrewed flight to test the SLS and Orion spacecraft.

Artemis II will be the first crewed flight test and is targetted for 2023.

Artemis III will land astronauts on the Moon’s South Pole in 2024.

The astronauts going for the Artemis program will wear newly designed spacesuits, called Exploration Extravehicular Mobility Unit, or xEMU. These spacesuits feature advanced mobility and communications and interchangeable parts that can be configured for spacewalks in microgravity or on a planetary surface. 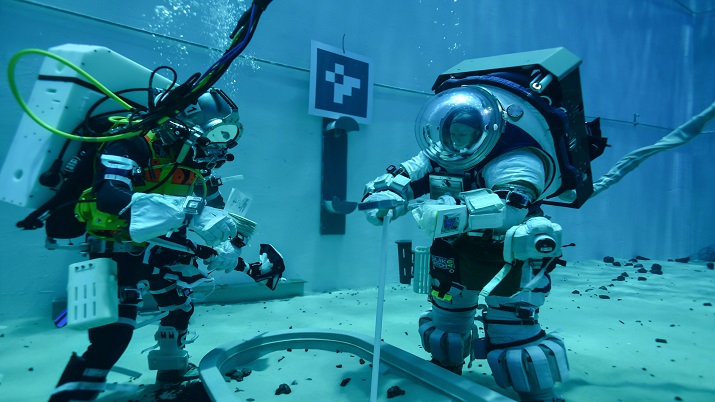 "At the same time, we are going to be able to gather valuable feedback on spacewalk tools and procedures that will help inform some of the objectives for the missions."

Astronauts are practicing a variety of tasks, including picking up samples of lunar regolith, examining a lunar lander, and planting an American flag.

There are many fundamentals that the teams have to consider and work through, such as how crew might get up and down a ladder safely, how to swing a chisel safely, and how to conduct successful moonwalks in different lighting conditions than the Apollo-era moonwalks.

The tests will inform future mission planning, including how many spacewalks to conduct during a mission, how long they will be, and how far away from a lander the crew will travel. 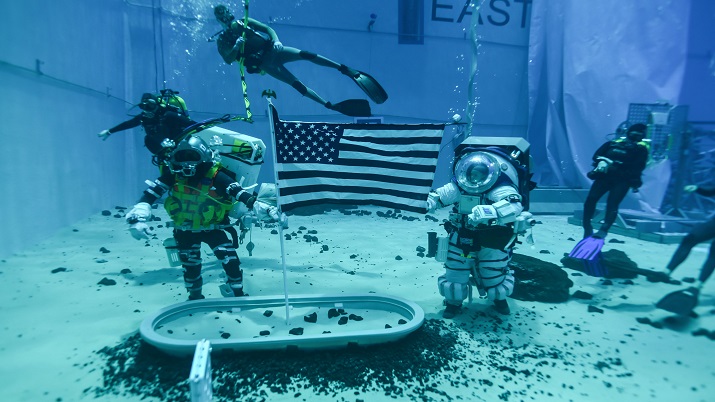 While NASA has extensive experience preparing astronauts for spacewalks in microgravity like those to construct and maintain the International Space Station over the past 20 years, preparing for Moon missions comes with different challenges.

"We can evaluate tools in a lab or the rock yard, but you can learn so much when you put a pressurised spacesuit on and have to work within the limitations of its mobility," Welsh said.

"These NBL runs are so valuable for understanding the human performance component and ensuring our astronauts are as safe as possible."

In addition to testing in the NBL, teams also are using different analog environments to simulate lunar conditions.

Tests are occurring at Johnson's rock yard, a large, outdoor test area that simulates general features of the lunar surface terrain, NASA said, adding that the rock yard testing is a critical analog environment for spacewalk tool development and operations.