Kilauea last erupted in 2018, destroying more than 700 homes and spewing enough lava to fill 320,000 Olympic-sized swimming pools. An area more than half the size of Manhattan was buried in up to 80 feet (24 meters) of now-hardened lava.

Kilauea volcano on Hawaii’s Big Island roared back to life Sunday night as lava went shooting into the air, boiling away a water lake and sending a massive plume of steam, gas and ash soaring into the atmosphere. In the first hours of the eruption, lava mixed rapidly with water in the summit’s crater lake to create steam. The sky above the eruption turned shades of orange and red as people lined up to watch the billowing column of gas and vapor rise above the volcano in the middle of the night.

Tom Birchard, a senior forecaster with the National Weather Service in Hawaii, said lava poured into the crater and mixed with the water to cause a vigorous eruption for about an hour. When lava interacts with water it can cause explosive reactions.

All the water evaporated out of the lake and a steam cloud shot up about 30,000 feet (9 kilometers) into the atmosphere, Birchard said. 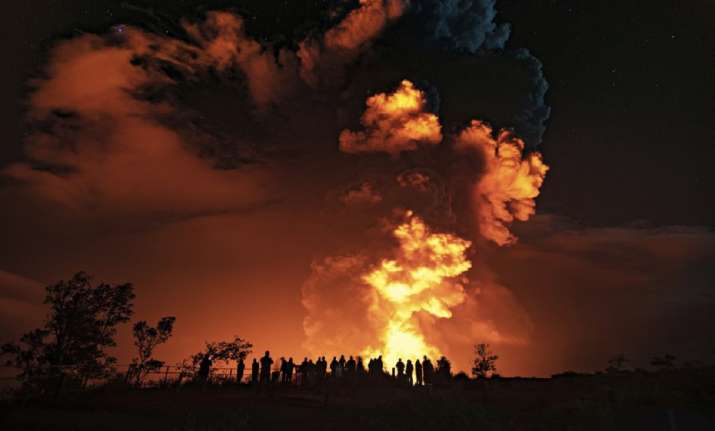 The water was the first-ever recorded in the summit crater of the Kilauea volcano. In 2019, after a week of questions about a mysterious green patch at the bottom of the volcano’s crater, researchers confirmed the presence of water. The lake had continued to fill since then.

The eruption began late Sunday within the volcano’s caldera, the U.S. Geological Survey said. Because of the location of the erupting lava, no homes were evacuated and there was little risk to the public. The crater, named Halemaumau, is located within Hawaii Volcanoes National Park and was home to a longstanding lava lake that was present for years before a 2018 eruption caused it to drain. 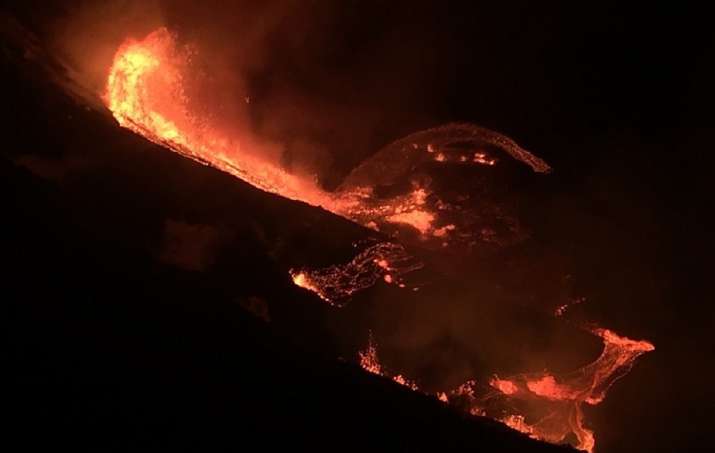 The eruption continued throughout Monday and scientists said it’s hard to know how long it will last. With the water gone, a lava lake was forming in the crater throughout the day.

An advisory was issued by the National Weather Service in Honolulu, warning of fallen ash from the volcano. Excessive exposure to ash is an eye and respiratory irritant, it said. The agency later said the eruption was easing and a “low-level steam cloud” was lingering in the area.

Hawaii Volcanoes National Park spokeswoman Jessica Ferracane said in a telephone interview that the volcanic activity is a risk to people in the park and that caution is needed. 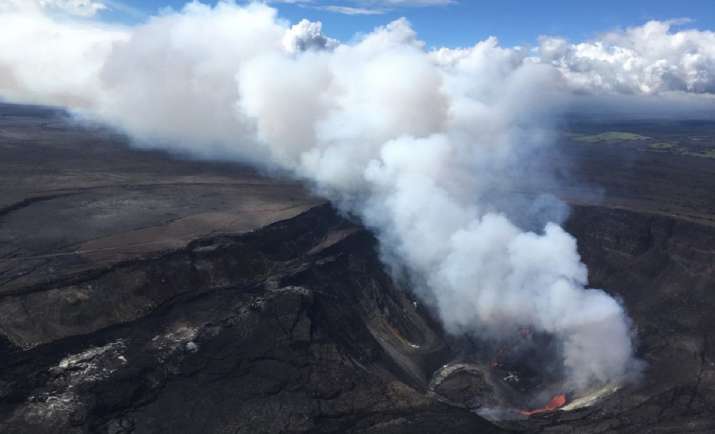 “It’s pretty spectacular this morning,” she said, “but there are high amounts of hazardous sulfur dioxide gas and particulates and those are billowing out of the crater right now and those present a danger to everyone, especially people with heart or respiratory problems, infants, young children, and pregnant women.”

She also said cars are lining up at the park entrance to get a glimpse of the lava.

“There is a lot of cars waiting on Crater Rim Drive to get out to Kilauea overlook. People should expect long waits for parking places,” she said.

Ferracane also said people should be mindful of the coronavirus pandemic and take measures to remain safe.

“We’re not doing crowd control yet, but that could happen,” she said. “Right now, we’re urging people to wear a mask to reduce the spread of COVID-19. We did see quite a few visitors last night unmasked.” 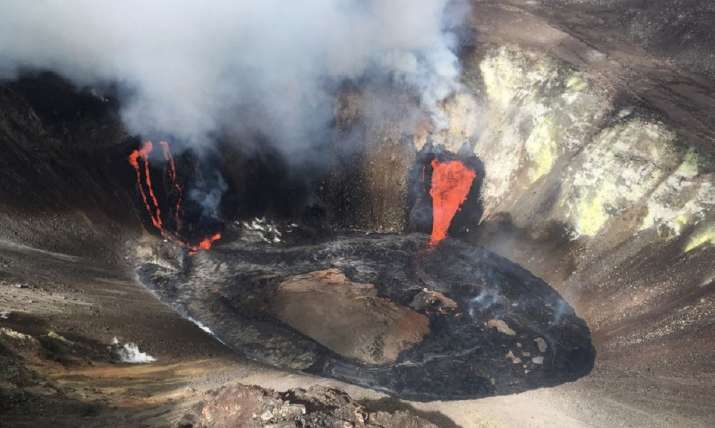 By 1 a.m., USGS officials told Hawaii News Now that there were reported lava fountains shooting about 165 feet (50 meters) into the sky.

“We will send out further notifications on Kilauea and other Hawaiian volcanoes as we observe changes,” he said.

A magnitude 4.4 earthquake hit about an hour after the volcano began erupting.

The USGS said it received more than 500 reports of people who felt the earthquake but significant damage to buildings or structures was not expected. 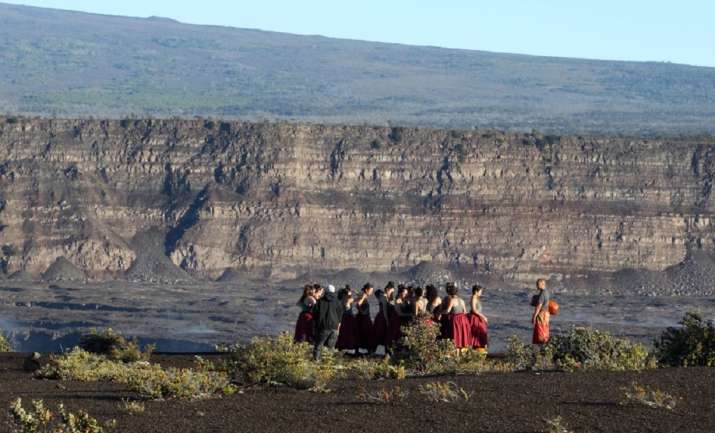 Kilauea last erupted in 2018, destroying more than 700 homes and spewing enough lava to fill 320,000 Olympic-sized swimming pools. An area more than half the size of Manhattan was buried in up to 80 feet (24 meters) of now-hardened lava. The lava flowed over the course of four months.

The 2018 eruption occurred along a rift zone on the volcano’s flank where many residential neighborhoods had been developed. Last night’s eruption was contained to the summit caldera within the national park.

The volcano had not erupted since 2018 but before then had active lava flows for more than three decades. Kilauea is one of the most active volcanoes on earth.