Prominent Taliban members, who are against women's rights and are extremists, were hunted down for 20 years by the world's best intelligence agencies but they still managed to regroup and forced the US to engage with them leading to the complete takeover of Afghanistan.

The Taliban in a shockingly rapid move took over Afghanistan after capturing Kabul on August 15. The world's best intelligence and security establishments were in awe with the quick takeover by the banned Islamist terror group, which was ousted in 2001 following the US invasion.

The US invasion came in response to the 9/11 attacks on New York and Washington, in which nearly 3,000 people were killed. Al Qaeda and its leader Osama Bin Laden were responsible for the massacre and they were under the protection of the Taliban, who had been in power since 1996.

The world has not yet recognized the Taliban with many announcing no diplomatic ties, some running away in haste shutting down their missions in Afghan and others vowing to support the anti-Taliban resistance launched by former Vice President Amrullah Saleh and Ahmad Massoud, the son of legendary Afghan rebel commander Ahmad Shah Massoud, in Panjshir Valley.

Prominent Taliban members, who are against women's rights and are extremists, were hunted down for 20 years by the world's best intelligence agencies but they still managed to regroup and forced the US to engage with them leading to the complete takeover of Afghanistan.

The Supreme Commander of Taliban is Mawlawi Hibatullah Akhundzada, who is also known as the "Emir" of the organization. He became Supreme Commander of the Islamist group in May 2016 when his predecessor Akhtar Mansour was killed in a drone strike. The drone targeted Mansour's vehicle in a remote area of southwest Pakistan near the Afghan border. Mansour assumed the leadership in July 2015, replacing Taliban founder and spiritual head Mullah Mohammad Omar.

When Akhundzada was appointed as Supreme Commander, Al Qaeda's leader Ayman al-Zawahiri announced his support and hailed him as "emir of the believers".

Akhundzada was born in 1961 in Kandahar province and is a religious leader. He hails from the powerful Nurzai clan of the ethnic Pashtuns. He had overseen legal and Islamic law and jurisprudence (Sharia) related matters as head of the judiciary during the Taliban regime from 1996 to 2001.

The founding member of the Taliban movement in the 1990s, Mullah Abdul Ghani Baradar Baradar is deputy commander of the Taliban and also heads the group's political office in Doha. He was born into the Pashtun tribe in southern Afghanistan in 1968 and when he was young he fought with mujahideen guerrillas against Soviet troops. After the war, he helped Mullah Muhammad Omar, his former commander (and, some say, brother-in-law), and formed the Taliban. He had served as the provincial governor and deputy defense minister during the Taliban's rule. After the US invasion in 2001, Mullah Baradar drove his commander on the back of a motorcycle to hide in the hills. 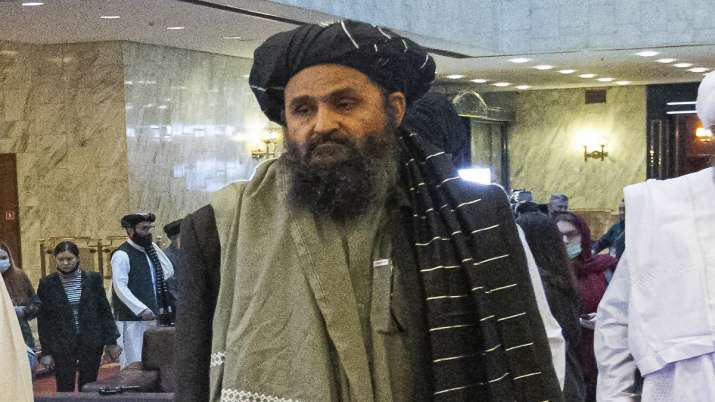 He was arrested in Karachi in 2010 and released in October 2018 at the request of the US.

He was in charge of the Doha Peace Office. At the helm of the group's political office in Doha, its de facto embassy, Mullah Baradar led talks with the US that culminated in a deal to end Washington's engagement in the 20-year war.

Sirajuddin is the Taliban's deputy leader and head of the semi-independent Haqqani Network, a designated terror group in Afghanistan. He was on the US Most Wanted list and had a $5 million reward. He is a Pashtun from Paktia and a member of the Zadran clan.

Sirajuddin is the head of the Taliban's military strategy and was placed in charge of Kabul's security after the August 15 takeover. He is believed to have been born in either Afghanistan or Pakistan between 1973 and 1980. He oversees the Taliban's operations in the eastern regions, including Paktia, Paktika, Khost, and Nangarhar provinces, as well as in and around Kabul. 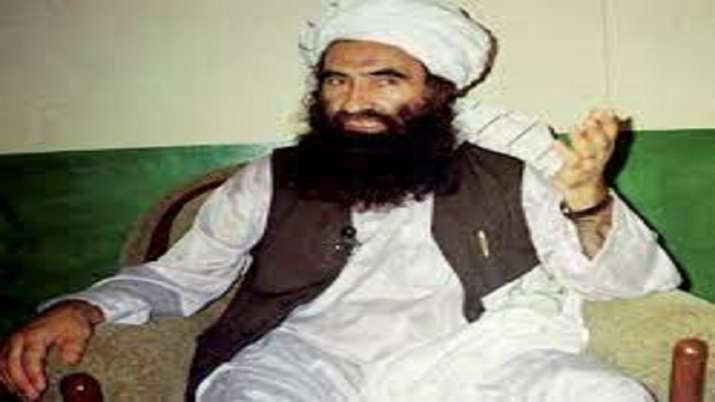 He has close ties to Al Qaeda.

His father, Jalaluddin Haqqani, founded their namesake jihadi group and handed over leadership before his death in 2018. In the 1980s, Jalaluddin Haqqani was among the US-backed mujahideen warlords battling a Soviet Union invasion and was a close friend and mentor of bin Laden.

Mullah Muhammad Yaqoob is the son of the Taliban's founding leader Mullah Mohammad Omar. The 31-year-old Yaqoob is a Pashtun from the Hotak clan and has been the group's military chief since 2020, overseeing all ground engagements in Afghanistan. He is a deputy commander of the group.

Yaqoob was trained in guerrilla warfare by the Pakistan-based terror group Jaish-e Mohammad.

It is believed that being Mullah Omar's eldest son got Yaqoob elevated among the Taliban's field commanders and its rank and file. Before 2015, he did not even have an official position in the Taliban. Under Yaqoob's leadership, the Taliban appears to have been upholding its commitment not to attack departing US forces. He is part of a moderate camp that favored negotiations to end the war.

Yaqoob is a graduate of several hard-line Islamic seminaries in Karachi, where his family had resided since the US invasion of Afghanistan.

Qari Din Mohammad Hanif is a senior Taliban leader based in Qatar who had served as the group's former Minister of Higher Education and the Master of Planning. Hanif was also a member of the Taliban Supreme Council responsible for Takhar province and his home province of Badakhshan. He is an ethnic Tajik. 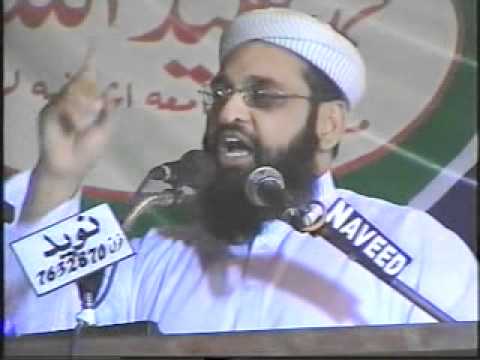 The 66-year-old was also a key member of the Taliban peace negotiation team in Doha. When in early 2015 the Taliban announced that it was willing to enter into peace talks geared toward ending the conflict in Afghanistan, Hanif had led a delegation of the Taliban's political office in Qatar.

Mawlawi Abdul Salam Hanafi is an ethnic Uzbek from the northern Faryab province and has long been affiliated with the Taliban. The 54-year-old had served as governor as well as deputy minister of education during the Taliban rule. He is currently serving as a deputy head of the political office in Doha. Hanafi has also studied at various religious seminaries including in Karachi and has taught at the Kabul University.

Mullah Abdul Hakeem is a close aide to Taliban chief Hibatullah and is the shadow chief justice in the country. He comes from the Ishaqzai clan of the Pashtuns. The 54-year-old Hakeem is considered a hardline cleric.

He spent years lying low in Pakistan's southwestern city of Quetta, where the Afghan Taliban leadership has been based since the US invasion in 2001. Until recently, he ran an Islamic madrassa in the Ishaqabad area of Quetta, from where he led the Taliban's judiciary and headed a powerful council of Taliban clerics that issued religious edicts to justify the group's brutal insurgency in Afghanistan.

The ultra-conservative Hakeem replaces Sher Mohammad Abbas Stanekzai, who along with Baradar spearheaded negotiations with the US over the landmark agreement signed last year.

He graduated from and taught at the Darul Uloom Haqqania Islamic seminary in northwest Pakistan, which is known for preaching a fundamentalist brand of Islam and schooling a generation of fighters for the Afghan Taliban.

The so-called 'university of jihad' counts some of the world's most notorious terrorists among its alumni, including Mullah Mohammad Omar and Jalaluddin Haqqani.

Hakeem has earned a reputation as a hard-liner and has been dedicated to restoring the group's Islamic emirate, the official name of the erstwhile Taliban regime that ruled Afghanistan from 1996 to 2001.

Born in 1963 in the Baraki Barak district of Logar province, Sher Mohammad Abbas Stanikzai is ethnically a Pashtun. He received military training in the Indian Military Academy in 1982, rose to the ranks of deputy health minister during the Taliban regime, and later served as a chief peace negotiator in Doha before Mullah Hakeem. 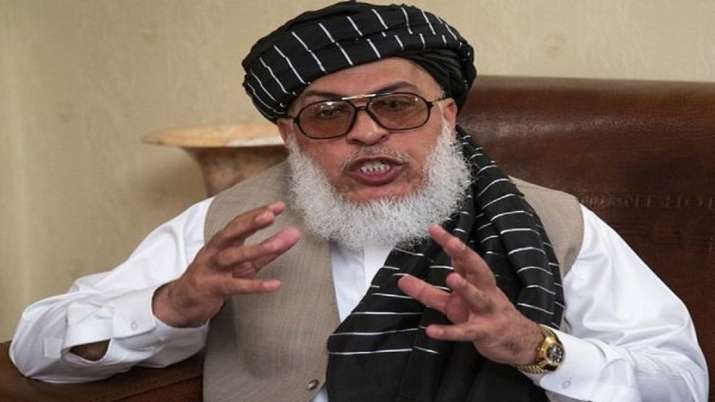 He was also a Deputy Minister of Foreign Affairs of the Taliban regime. The 58-year-old Pashtun comes from the Stanekzai clan. He can speak five languages and had served as the Taliban's political office chief between 2015-2019. He is also known as 'Sheru'.

As a young ethnic Tajik from the northern Badakhshan province, Qari Fasihuddin serves as the military chief for the group in the north of the country. In September 2019, the then Afghan government claimed that he was killed in a military operation in Jurm district in Badakhshan province. Back then, Taliban spokesman Zabihullah Mujahid denied the government claim, saying that fighting was still raging in the district and rejected the allegation as "enemy propaganda". His whereabouts are still unknown.

Muhammad Fazal Akhund is regarded as one of the Taliban's most ferocious frontline commanders. He was released from Guantanamo Bay after 12 years of detention in exchange for a captured US soldier Bowe Bergdahl. Fazel is a Pashtun from the Durrani tribe and a native of Uruzgan province.

After joining the Soviet-Afghan war, he served as defense minister and chief of staff during the former Taliban regime. It is claimed that he is an active person in Taliban-Al Qaeda relations. He was appointed a member of the Taliban's political team.

Mali Khan is a relative of Sirajuddin Haqqani and is believed to be the main leader in organizing funds and operations in Afghanistan. He is a Pashtun from the Zadran tribe.

Khan is a senior commander of the Haqqani Network of militants that operates from the North Waziristan Agency in Pakistan. The Haqqani Network has been at the forefront of insurgent activity in Afghanistan, responsible for many high-profile attacks.

In June 2011, Khan's deputy provided support to the suicide bombers responsible for the attacks on the Intercontinental Hotel in Kabul, Afghanistan.

He was captured in September 2011 during a joint NATO-Afghan forces operation in Afghanistan's Paktia Province.

He was released in 2019 along with two others to free three captured Australian and American professors.

Ibrahim Sadr earned a reputation as a long-serving Taliban military commander before handing over the reins to Omar's son. Sadr is a battle-hardened Pashtun commander from the Alakozai tribe. He had effectively built his own forces ('mahaz'), that traditionally operate across several provinces. While these forces have, in some cases, served to bolster larger Taliban operations, they have also on occasion failed to send forces in operations deemed likely to incur high casualties.

Sadar's rise to the top of the insurgency has been decades in the making. He was born in the village of Jogharan, in the southern province of Helmand, sometime around the late 1960s. His home district, Sangin, is a verdant area of pomegranate trees and poppy fields that has witnessed some of the fiercest fightings of the US-led occupation.

The middle son of a well-respected Pashtun from the Alakozai tribe, Sadar spent his youth known by his birth name, Khodaidad, rather than the nom du Guerre with which he would make history.

After Afghan communists seized power in a coup in Kabul in 1978 and Soviet forces invaded the country a year later, he and his family were drawn into the Islamist resistance.

Together with his father, Sadar joined Jamiat-e-Islami, one of the largest Afghan mujahideen parties, and when the Afghan communist regime was toppled in 1992, he refused to get involved in the civil war that erupted between the victorious mujahideen factions. Instead, he went to Peshawar in Pakistan to study in a madrasa. There he changed his first name to Ibrahim, after one of Islam's prophets.

His whereabouts were unknown till the time negotiation was not completed.