Chinese camps build-up has been spotted in Pangong Tso region of Galwan valley, eastern Ladakh in the Line of Control (LAC) after new satellite images accessed by Maxar Technologies surfaced.

Chinese camps build-up has been spotted in Pangong Tso region of Galwan valley, eastern Ladakh in the Line of Control (LAC) after new satellite images accessed by Maxar Technologies surfaced. These images have surfaced after China agreed to disengage in the Galwan Valley after military commander-level talks between the two countries. Images show China's People's Liberation Army (PLA) camps in the Galwan Valley and several other friction points in LAC, the border between India and China.

The development has surfaced after India-Chian military commanders agreed to disengage their forces in the disputed area of the Himalayas following a clash on June 15 that left at least 20 Indian soldiers dead. The Indian Army had said that China also suffered over 40 casualties. The agreement to disengage after commander-level talks was reached on Wednesday. 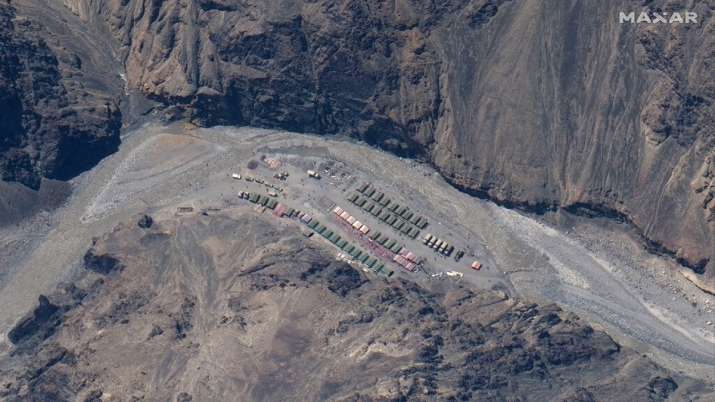 According to PTI, Chinese military has also deployed a sizeable number of its troops in Galwan Valley, the site of the violent clashes on June 15.

The erection of a surveillance post by China in the area had triggered the clashes. However, Chinese troops have again put up some structure around patrolling point 14 in the area, notwithstanding India's stiff opposition, they said.

Over the last few days, China has been laying claim over Galwan Valley though India called it "untenable".

Besides Pangong Tso and Galwan Valley, the two armies are also locked in a standoff in Demchok, Gogra Hot Spring and Daulat Beg Oldie in eastern Ladakh. A sizeable number of Chinese Army personnel transgressed into the Indian side of the LAC.

China has also increased the number of troops and weaponry in several other key sectors along the Line of Actual Control in Arunachal Pradesh, Sikkim and Uttarakhand, the people cited above said.

The increase in military build-up by China along the LAC, the de-facto border between the two countries, came amid bilateral diplomatic and military talks.

Senior military commanders of the two armies on Monday held a nearly 11-hour meeting during which they arrived at a "mutual consensus" to "disengage" from all the friction points in eastern Ladakh in a gradual manner.

The two sides on Wednesday held diplomatic talks under the framework of Working Mechanism for Consultation and Coordination on India-China Border Affairs.

China agrees to disengage in Galwan

In the meeting, both sides agreed to ensure expeditious implementation of the understanding on disengagement of troops from eastern Ladakh as decided in a meeting of senior military commanders on June 6, the Ministry of External Affairs said.

On the second day of his visit to Ladakh, Gen Naravane took stock of the Army's combat preparedness in four forward areas and interacted with soldiers deployed there besides holding detailed deliberations with ground commanders.

The Army Chief reviewed the overall security situation in the region with Northern Army Commander Lt Gen Yogesh Kumar Joshi, commander of the 14 Corps Lt Gen Harinder Singh and other senior Army officials on both Tuesday and Wednesday, sources said.

The Chief of Army Staff is expected to return to the national capital on Thursday.

"General M M Naravane #COAS visited forward areas in Eastern #Ladakh and reviewed the operational situation on the ground. #COAS commended the troops for their high morale and exhorted them to continue working with zeal and enthusiasm," the Army said in a tweet.

The sources said India is also bolstering its military presence along the 3,500 km LAC with China.

On Sunday, the government gave the armed forces "full freedom" to give a "befitting" response to any Chinese misadventure along the LAC. The Army has already sent thousands of additional troops to forward locations along the border in the last one week.

The IAF has also moved a significant number of its frontline Sukhoi 30 MKI, Jaguar, Mirage 2000 aircraft and Apache attack helicopters to several key air bases including Leh and Srinagar following the clashes.

The situation in eastern Ladakh deteriorated after around 250 Chinese and Indian soldiers were engaged in a violent face-off on May 5 and 6. The incident in Pangong Tso was followed by a similar incident in north Sikkim on May 9.

Prior to the clashes, both sides had been asserting that pending the final resolution of the boundary issue, it was necessary to maintain peace and tranquillity in the border areas.

Earlier, days after the deadly Indo-China clash in the Galwan valley in the eastern Ladakh region, it seemed Beijing was trying to change the geography of the region, by building a dam on the Galwan river, moving machinery, convoy, satellite images suggest. The satellite images were captured by Earth-imaging company Planet Labs revealed how China was altering the landscape of the Galwan valley through widening tracks, moving earth and making river crossings. 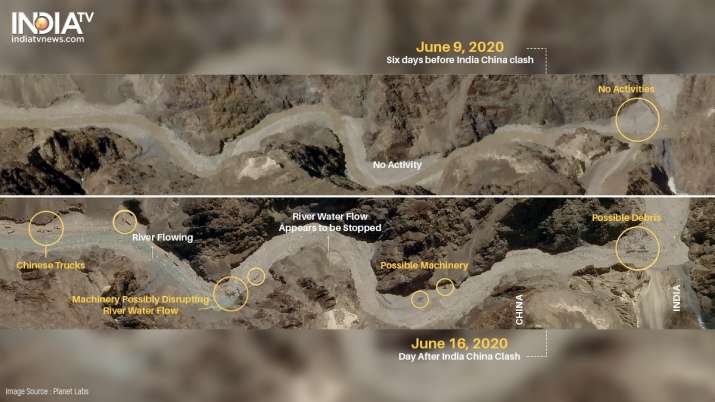