Mumbai couple sentenced to 10 yrs in Qatar on drug charges, NCB to approach via diplomatic channels

The Narcotics Control Bureau (NCB) will approach authorities in Qatar through diplomatic channels to bring back an Indian couple who have been sentenced to ten years in imprisonment there on drug charges.

The Narcotics Control Bureau (NCB) will approach authorities in Qatar through diplomatic channels to bring back an Indian couple who have been sentenced to 10 years in imprisonment there on drug charges. According to reports, the couple had gone to Qatar for honeymoon in the year 2019. During security check at the Qatar airport, the couple from Mumbai were apprehended after 4.1 kg of Hasish was recovered from their luggage. They were arrested by the Drug Enforcement Agency on charges of drug peddling.

In Qatar, trial in drug cases are fast-tracked and the Supreme Judiciary Council of Qatar sentenced them to ten years of rigorous imprisonment. The couple, Mohammad Shareeq and Oniba Kauser Shakeel Ahmed, were also fined 6,00,000 Riyals.

Back here in Mumbai, distraught father of Oniba, Shakeel Ahmed Qureshi wrote letters to the Indian Embassy in Qatar and said that his daughter and son-in-law are innocent.

He said that just as the couple was leaving, Tabassum gave Shareeq a bag and asked him to keep their clothes in that bag. On July 5, 2019, the couple left for Bengaluru. In Bengaluru, Tabassum's contact gave them one more bag. Shareeq was a little worried and so he called up Tabassum to enquire about the bag. She told him that there were some gutka and zarda in the bag and since these products were very costly in Qatar, he should take the bag with him and hand it to a contact she had given. 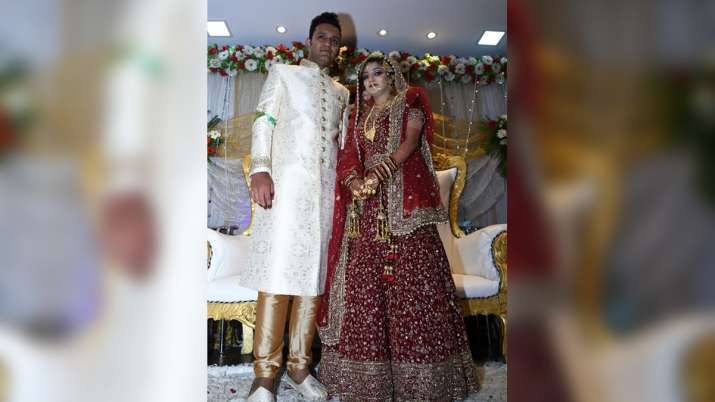 A detailed enquiry was initiated by NCB into the allegations levelled by Shakeel Ahmed Qureshi and it was learnt that a well-organized drug trafficking syndicate was being run by  Nizam Kara involving Tabussum and others. A close surveillance was mounted against these drug syndicate members by the agency, NCB Deputy Director KPS Malhotra said. Malhotra was handed over the responsibility to probe the case by NCB Director General Rakesh Asthana.

Investigations revealed that Tabassum and Nizam are known drug peddlers who had links with traffickers in the middle east.

When she handed over the bag to Shareeq, he grew suspicious and asked her aunt what did it contain. She claimed that the bag had a packet of zarda and someone will meet him at the airport and collect the packet.

Shakeel had handed all the documents and audio recording to the NCB. Even as sleuths of federal anti-drug agency were going through case files, last December, Mumbai Police arrested Nizam and Tabassum with 13 grams of cocaine.

Efforts are now being made by the NCB to convince Qatar administration that the couple were duped by drug traffickers and real accused have been identified.