Following a red alert issued by the India Meteorological Department (IMD)- of heavy to very heavy rainfall in parts of Kerala, torrential rains pounded Idukki district, resulting in a major landslide. 15 people are confirmed dead and more than 70 tea workers are believed to be trapped under debris.

Following a red alert issued by the India Meteorological Department (IMD)- of heavy to very heavy rainfall in parts of Kerala, torrential rains pounded Idukki district, resulting in a major landslide. 15 people are confirmed dead and more than 50  workers are believed to be trapped under debris. Kerala CM Pinrayai Vijayan, who is monitoring the situation, has informed that 50-members of a special task force have been sent to the spot for the rescue operations.

09:00 pm | An Air India Express plane, with more than 180 passengers on board, skidded off the runway on Friday at the Karupur airport in Kozhikode in Kerala. Dubai-Kozhokode flight X1344, a Boeing 737, had 184 passengers on board and landed at 7:41pm at the airport. According to airlines sources, it appeared to have overshot the runway. The tragedy has claimed the life of the pilot and co-pilot, including 16 others. The deceased have been identified as Captain Deepak Vasant Sathe and First Officer Akhilesh Kumar.

07:38 pm | Rainwater enters into the houses of people in Kochi. 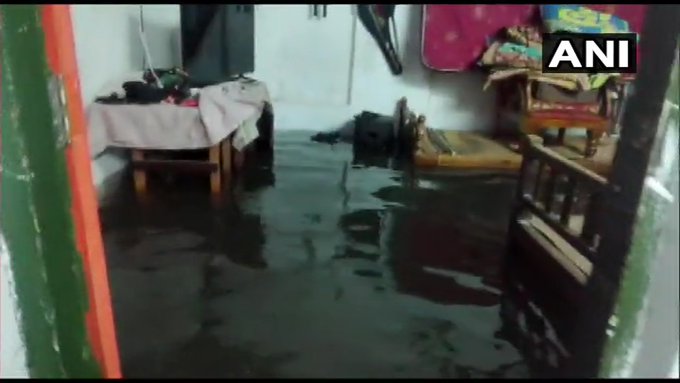 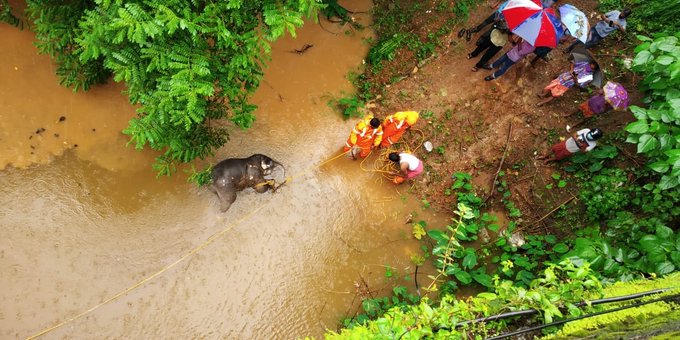 06:36 pm |  The death toll in Idukki landslide rises to 15, said Kerala Chief Minister Pinarayi Vijayan. The CM said that at least 15 people have been rescued from the debris and efforts are on to save others. At least 30 rooms occupied by 80 people were destroyed in the landslide, CM Vijayan said. The CM also announced an ex-gratia amount of Rs 5 lakh for the kin of the deceased and said that cost of treatment of the injured will be borne by the state.

05:08 pm | PMO announces ex-gratia of Rs. 2 lakh each from PMNRF to the next of kin of those who have lost their lives due to a landslide in Idukki and Rs. 50,000 each to those injured due to the landslide.

04:54 pm | Prime Minister Narendra Modi conveyed his condolences for the bereaved who lost their family members in the landslide at Idukki in Kerala.

Pained by the loss of lives due to a landslide in Rajamalai, Idukki. In this hour of grief, my thoughts are with the bereaved families. May the injured recover quickly. NDRF and the administration are working on the ground, providing assistance to the affected. 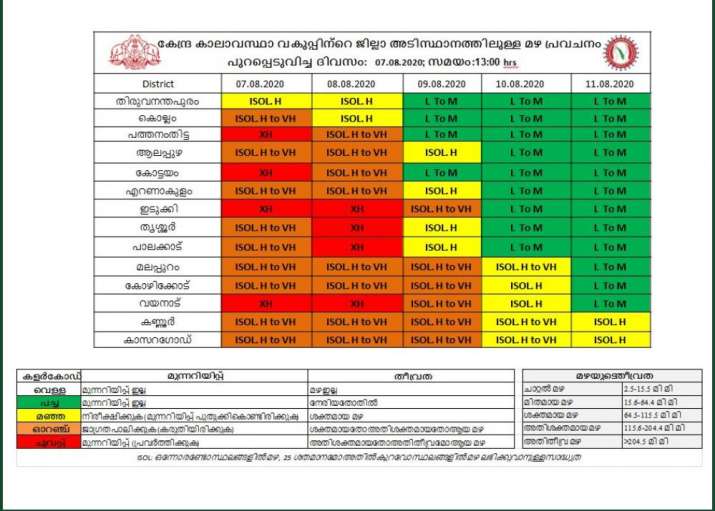 02:32 pm | As heavy rains continues in Kerala, the IMD has once again issued a red alert for Thrissur, predicting severe spells of rains in the coming days. Meanwhile, latest reports say 10 people have died in the landslide. 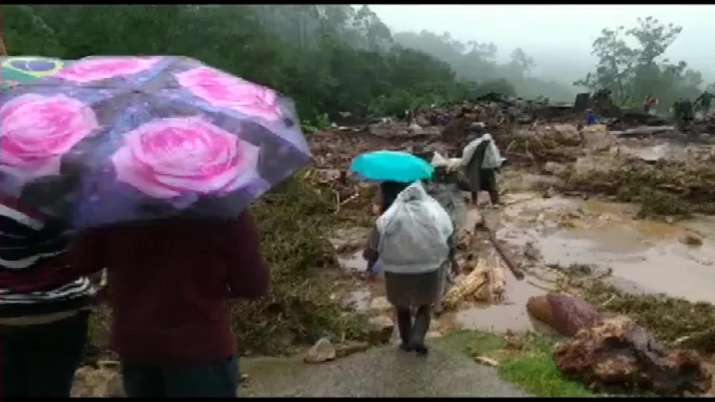 02:05 pm | As per latest update, 8 people have died, 11 rescued and 58 others are still missing at Pettimudi hills, Rajamala in Munnar, in Idukki district, where landslide took place earlier today.

#Kerala Landslide updates.
11 rescued, 8 dead and 58 still missing at Pettimudi hills, Rajamala in Munnar, in Idukki district. The depth of the disaster yet to be assessed.@indiatvnews #keralarain #KeralaFloods pic.twitter.com/28WdxFKlGD

01:10 pm | The place where landslide has occured is at the top of a hill. Officials are awaiting a response. Also the local legislator is also going to the spot. All emergency services have been pressed into service, a state government official informed.

12:58 pm | A 50-member team of fire and rescue officials has been sent to the landslide spot at Rajamala in Idukki district, Kerala CMO informed.

A 50 member strong special task force team of the Fire Force has been dispatched to Rajamalai in Idukki for rescue efforts. They have been equipped for nighttime rescue activities. #KeralaRains pic.twitter.com/olo1eraMNV 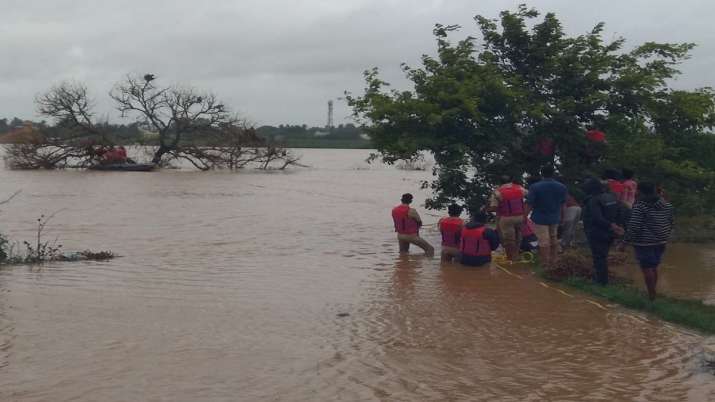 12:43 pm | Medical teams from Ernakulam and Kottayam districts have been deployed to Idukki for rescue operations. 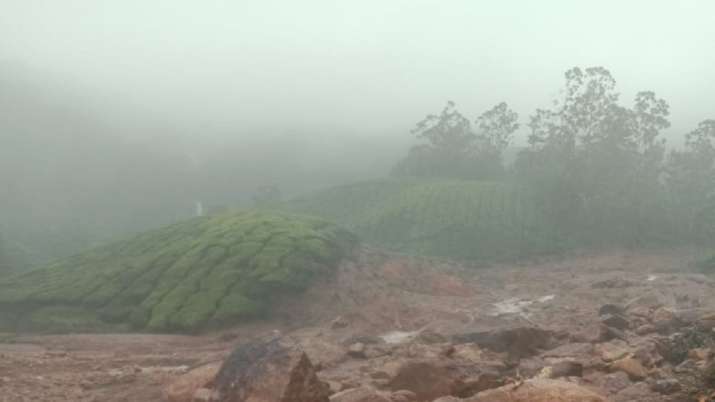 12:33 pm | Kerala government has asked for Indian Air Force (IAF) to help rescue trapped people in the landslide. Kerala Health Minister has said that a mobile medical team and 15 ambulances have been sent to the incident site.

12:28 pm | The National Disaster Defence Force was appointed for rescue operation in the landslide Idukki Rajamala. It was suggested to go to Rajamala with the team that was already set up in Idukki. One more group from Thrissur will reach Idukki. Police, fire force, forest and revenue authorities were also directed to energise the rescue operations, Kerala Chief Minister Vijayan said.

12:05 pm | At least 5 people have died so far, while over 10 are rescued after landslide occured in Idukki district's Rajamala, a Kerala Police official said.

11:55 am | Rain and landslide disrupt the normal life of people in Kurichiyarmala area of Wayanad. Two houses have been damaged so far in the region.

#Kerala : Rain and landslide disrupt the normal life of people in Kurichiyarmala area of Wayanad. Two houses have been damaged so far in the region. pic.twitter.com/6srhmJmSmP