The accused, Javed, had tested positive for coronavirus on April 11, following which he was moved to the hospital's isolation ward

A man accused of attacking a team of doctors in Indore earlier this month has fled from a hospital in Jabalpur, where he was brought for medical examination. The accused, Javed, had tested positive for coronavirus on April 11, following which he was moved to the hospital's isolation ward.

Seven persons were arrested for attacking the team of doctors, and authorities slapped the National Security Act (NSA) on the attackers. Javed and other attackers were lodged at Indore Central Jail after being arrested. He had been brought to the hospital from the Indore Central Jail on April 9.

The local police made a dash for the hospital after learning of the incident. The local Superintendent of Police, Amit Singh, has announced a reward of Rs 10,000 for any information that would lead to Javed's arrest. 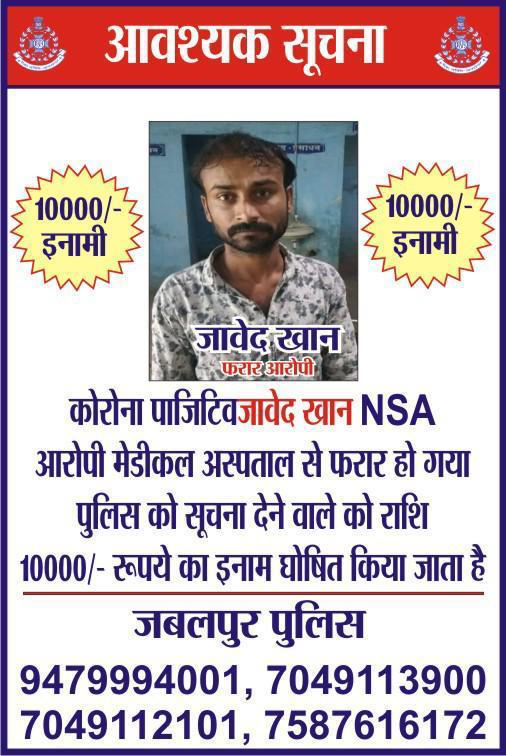 A five-member team from the health department had gone to Taatpatti Bakhal, Indore, on April 1 to quarantine relatives and acquaintances of a COVID-19 patient, when an unruly mob attacked them with stones, injuring two women doctors. The video of the attack went viral on social media.