The summit will allow leaders representing 80 per cent of the global economy to talk — and apply peer pressure — on all those issues.

Leaders of the Group of 20 countries gathering for their first in-person summit since the pandemic took hold are set to confront a global recovery hampered by a series of stumbling blocks: an energy crunch spurring higher fuel and utility prices, new COVID-19 outbreaks, and logjams in the supply chains that keep the economy humming and goods headed to consumers.

The summit will allow leaders representing 80 per cent of the global economy to talk — and apply peer pressure — on all those issues.

Analysts question how much progress they can make to ease the burden right away on people facing rising prices on everything from food and furniture to higher heating bills heading into winter.

Here's a look at some of the economic issues facing G-20 leaders:

The International Monetary Fund says the top priority for the economic recovery is simple - speed up the vaccination of the world population. Yet big headlines on vaccine cooperation may not be forthcoming at the Rome summit.

The G-20 countries have supported vaccine-sharing through the UN-backed COVAX programme, which has failed to alleviate dire shortages in poor countries.

Donated doses are coming in at a fraction of what is needed, and developed countries are focused on booster shots for their own populations.

Negotiations before the summit have not focused on a large number of vaccines that could be made available, though countries talked about strengthening health systems.

Meanwhile, rising consumer prices and government stimulus programs to help economies bounce back from the pandemic may be discussed, but central banks tend to deal with higher prices and stimulus spending is decided at the national level. 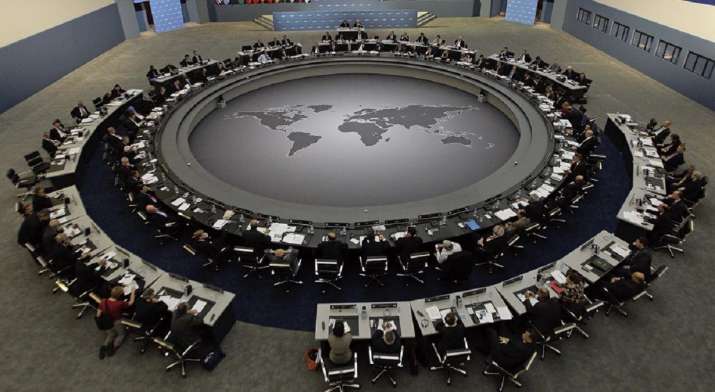 One major economic deal is already done - The G-20 will likely be a celebration of an agreement on a global minimum corporate tax, aimed at preventing multinational companies from stashing profits in countries where they pay little or no taxes.

All G-20 governments signed on to the deal negotiated among more than 130 countries and it now faces an ambitious timeline to get approved and enacted through 2023.

US President Joe Biden has tied his domestic agenda to it — creating a global minimum tax can allow the United States to charge higher taxes without the risk of companies shifting their profits to tax havens. US adoption is key because so many multinational companies are headquartered there.

The agreement also helps remove trade tensions between the US and Europe. It allows nations including France, Italy and Spain to back off digital services taxes that targeted US tech companies Google, Facebook and Amazon.

Biden goes to the G-20 with his tax and economic agenda still subject to congressional negotiations. That means he will be unable to show that the US is leading on global corporate taxes, though his national security adviser, Jake Sullivan, said G-20 leaders understand the nature of congressional talks.

“They'll say, Is President Biden on track to deliver on what he said he's going to deliver?' And we believe one way or the other, he will be on track to do that,” Sullivan said.

The summit offers an opportunity for dialogue on high oil and gas prices because it includes delegations from major energy producers Saudi Arabia and Russia, major consumers in Europe and China, and the US, which is both.

“Perhaps the most important thing the G-20 could do is to tell those among them that are major energy suppliers that they should think about their future,” said Holger Schmieding, chief economist at Berenberg Bank.

If energy prices are too high in the developed world, it will only speed up the move away from fossil fuels, “which is ultimately, in the long run, bad for the suppliers,” he said.

The White House says Biden intends to engage with other key leaders about energy prices, with oil recently hitting a seven-year high in the US at over $84 per barrel and the international Brent crude benchmark reaching a three-year peak at over $86.

“We are definitely in an energy crisis, there is no other way to put it,” said Claudio Galimberti, senior vice president of analysis at Rystad Energy and an expert in oil market demand.

But he said it's unlikely the G-20 “can take any decision that has immediate impact.

" So far, Saudi-led OPEC and allies including Russia, dubbed OPEC+, have ignored Biden's pleas to increase production faster than its pace of 400,000 barrels per day each month into next year.

In one bright spot, Russian President Vladimir Putin told state-controlled company Gazprom to pump more gas into storage facilities in Europe, where prices have quintupled this year and fears have spread about winter shortages.

But producing nations “are in a powerful position,” Galimberti said.

“There is no one who can put pressure on OPEC+.”

Biden will press for countries to share more information about troubles with supply chains that have slowed growth in the developed world. Port and factory closures, shortages of shipping containers and rising demand have contributed to backlogs at ports and delays for deliveries of everything from bicycles to computer chips used in smartphones and cars.

Sullivan, Biden's national security adviser, said the president would push for more transparency about identifying logjams with other governments: “How do we know, at every level, where there may be bottlenecks or breaks in the supply chain so that we can quickly respond to them?” Trade expert Chad P Bown, a senior fellow at the Peterson Institute for International Economics, agreed that sharing information can be helpful but said “there's very little anyone can do" now about the backups over a lack of shipping containers.

Longer-term, leaders can discuss efforts to diversify the supply of key goods such as masks, other medical protective equipment and semiconductors.

“There is a call to diversify some production of semiconductors geographically” away from Asia, Bown said.

The US and the European Union are talking about finding ways to incentivize chip production at home without starting a subsidy war — for instance, by agreeing on which sectors of the semiconductor industry each side would seek to attract.