Bharat Ratna: What are the benefits and facilities extended to an awardee?

Bharat Ratna is India's highest Civilian honour. It was instituted in the year 1954 and only 45 individuals  have received the award till date. It is awarded in recognition of exceptional service/performance of the highest

Bharat Ratna is India's highest Civilian honour. It was instituted in the year 1954 and only 45 individuals  have received the award till date. It is awarded in recognition of exceptional service/performance of the highest order in any field of human endeavour.

The recommendations for Bharat Ratna are made by the Prime Minister himself to the President. No formal recommendations for this are necessary though a lot of citizens do recommend various individuals for the award. The number of annual awards is restricted to a maximum of three in a particular year.

What does the Awardee receive?

The Bharat Ratna awardee receives a Sanad (certificate) signed by the President of India and a medallion. The medallion is in the form of a Peepal leaf, about 5.8 cm long, 4.7 cm wide and 3.1 mm thick.

It is made of toned bronze. On its obverse is embossed a replica of the sun, 1.6 cm in diameter, below which the words Bharat Ratna are embossed in Devanagari script. On the reverse are State emblem and the motto, also in Devanagari. The emblem, the sun and the rim are of platinum. The inscriptions are in burnished bronze. 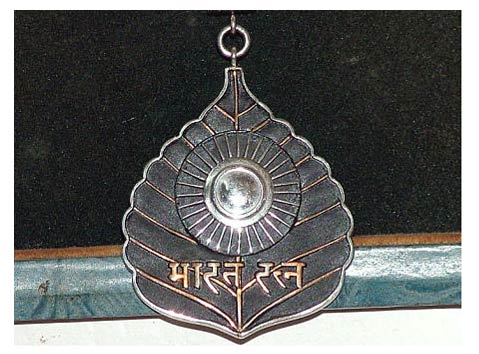 This medallion is made by the India Government Mint in Kolkata. As of 2014, the total cost of one Bharat Ratna medal & miniature along with its box costs Rs 2,57,732.

What about Monetary award?

Unlike other awards and contrary to popular perception, the Bharat Ratna Award does not carry any monetary grant. And the award cannot be used as a prefix or suffix to the recipient's name.

But an award winner may use the following expressions in their biodata/letterhead/visiting card etc. to indicate that he/she is a recipient of the award.  The only expressions allowed are ‘Awarded Bharat Ratna by the President' or ‘Recipient of Bharat Ratna Award'

While they are not extended any monetary grant, the Bharat Ratna awardees are extended a host of benefits & facilities. They are given four different benefits/facilities as noted below.

Declaration as a State Guest while travelling within India

The dignitaries of the Government of India and other State Governments are normally treated as State Guests. For example, the following people are treated as state guests

Many other dignitaries are treated as state guests by the state governments based on their rules. State Guests are extended reception, transport, boarding & lodging in the state.

They are also extended security based on the rules. Members of the family of the State Guest (Spouse & Children) will also be given hospitality at the expense of the state. Personal Staff & Driver also provided to these guests.The Bharat Ratna awardees are treated as State Guests.

Diplomatic Passport has a Maroon cover and is issued to Indian diplomats, top ranking government officials and diplomatic couriers. The Bharat Ratna awardees are entitled for a diplomatic passport.

Diplomatic passport entitles them for a separate immigration counter, access to VIP lounge in the airports etc. Apart from this, the Indian Missions abroad provide them all possible help for their visits abroad. 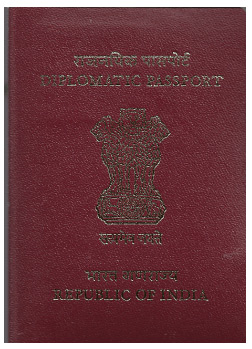 They are entitled for lifetime free executive class travel on the national Carrier Air India.

They are placed at 7A in the Table of Precedence

The Table of Precedence is published by the Ministry of Home Affairs and the order in this table is meant for State and Ceremonial occasions and has no application in the day-to-day business of Government.

In these functions, the Bharat Ratna Awardees are at 7A above Chief Ministers & Governors of states when they go outside their state. This order is used for ceremonial protocol in official state functions. 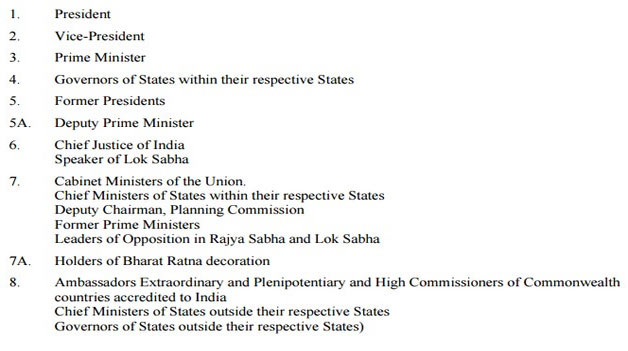 (Rakesh has been working on issues related to Right to Information (RTI) for a decade. He is a Data/Information enthusiast & passionate about Governance/Policy issues.)