A senior police officer said around 25,000 security personnel have been deployed at strategic locations in central Delhi.

An unprecedented security cover has been put in place in and around national capital New Delhi on the occasion of 70th Republi Day. The eight-km-long Republic Day parade route from Rajpath to the Red Fort in central Delhi has turned into a fortress with women commandos, mobile hit teams, anti-aircraft guns and sharpshooters being deployed at strategic locations to keep a close watch on suspicious people.

The Delhi Police has made elaborate security arrangements keeping in view the heightened terror threat. Two terrorists were arrested a couple of days ago from the city. Interrogation revealed that they were planning to target important installations and crowded places on the occasion of Republic Day.

A senior police officer said around 25,000 security personnel have been deployed at strategic locations in central Delhi, which were on the target of two terrorists

Thirty six women commandos of Delhi Police's Special Weapons And Tactics (SWAT) unit, who were formally inducted in August last year, will be part of the security deployment.

Snipers have been stationed atop high-rises while scores of CCTV cameras are keeping a tight vigil on people's movements on the parade route. 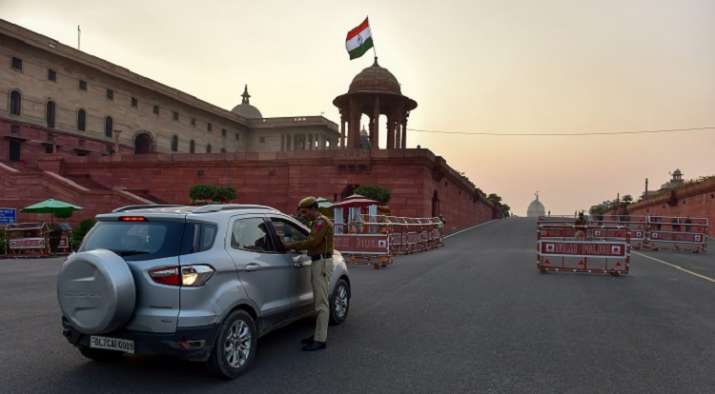 Security officials have identified vulnerable spots such as crowded markets, railway stations, bus stands and other high-value establishments, and secured them.

The traffic police have deployed 3,000 personnel to manage route diversions and ensure a safe and secure passage for the visiting dignitaries.

Restrictions will be put in place for smooth conduct of the Republic Day parade between Vijay Chowk and Red Fort Grounds, traffic police officials said.
Metro services will be available for commuters at all stations on Republic Day, but there will be no boarding and de-boarding at Central Secretariat and Udyog Bhawan stations from 5am to 12pm.

Boarding and de-boarding will not be allowed between 8.45am and 12pm at Lok Kalyan Marg (Race Course) and Patel Chowk metro stations, they said.

The parade will start at 9.50am from Vijay Chowk and pass through Rajpath, Tilak Marg, Bahadur Shah Zafar (BSZ) Marg, Netaji Subhash Marg and proceed for the Red Fort. A function will be held at India Gate at 9am, traffic police said.

According to a traffic advisory, no vehicle will be allowed on Rajpath, from Vijay Chowk to India Gate, from 6pm on January 25 till the parade is over.

On Republic Day, no vehicular movement will be allowed on Tilak Marg, BSZ Marg and Subhash Marg in both directions from 10am onwards, Joint Commissioner of Police (Traffic) Alok Kumar said.

Ban on flying of remote-controlled UAVs