Mumbai: With the surging popularity of fantasy TV series "Game of Thrones", the jaw-dropping, picturesque locales are also grabbing unprecedented attention. Travellers dream of visiting the destinations featured in the TV adaptation of George R.R.

Mumbai: With the surging popularity of fantasy TV series "Game of Thrones", the jaw-dropping, picturesque locales are also grabbing unprecedented attention. Travellers dream of visiting the destinations featured in the TV adaptation of George R.R. Martin's "A Song of Ice and Fire" novels.

Hotels.com, an online accommodation booking website, suggests that "Game of Thrones" fans visit some of the locations in Northern Ireland, Iceland, Spain, Morocco, Malta and Croatia.

* Northern Ireland: Rugged, stunning and scenic, Ireland pays homage to the "Stark family" of Winterfell. Set on a beautiful 820 acre walled setting, the castle is known to us as Winterfell, the province that stands out for its greenery and stunning landscapes.

* Malta: The Mediterranean island country of Malta was used as a location, with the medieval city of Mdina serving as King's Landing in season one of "Game of Thrones". Known for the famous wedding scene between Daenerys Targaryen and Khal Drogo, The Azure Window, an eye-catching rock formation at Dwerja on the neighbouring Maltese island of Gozo, which visitors can explore.

* Iceland: Iceland, is another perfect location for the fantasy series. From ice glaciers of Svínafellsjökull and Vatnajökull, it's common to feel the freezing temperatures whilst marvelling at the unforgiving landscapes Jon Snow and his entourage of White Walkers can be seen crossing.

* Morocco: With two Unesco world heritage sites, it's no wonder this location was picked and used in Daenerys Targaryen domination of Essos. The sun sets on the beautiful coastal town of Essaouira in Morocco making it the perfect backdrop for anyone. In "Game of Thrones", viewers can find the Mother of Dragons overlooking the city of Astapor or ruling Yunkai in Essos. 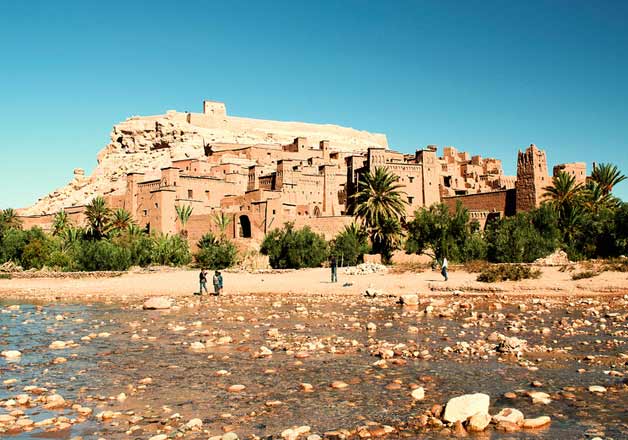 * Croatia: The King's Landing is set in Dubrovnik, the old town of Croatia. It is packed with history, rugged coastlines, historic castles, delicious food and breath-taking scenery that make it unforgettable to many. Crystal clear waters of the Adriatic Sea on the Croatian Island Escape are some of Hollywood's finest locations.

The fifth season of "Game of Thrones" may have ended, but fans of the TV series can still get a taste of the real-life settings of the TV show at these locations.