Madhurima Tuli who is grabbing eyeballs for her entry in Bigg Boss 13 and a relationship with Vishal Aditya Singh has worked with Akshay Kumar in Baby and Naam Shabana.

Bigg Boss 13 witnessed the entry of new wildcard contestants which included actress Madhurima Tuli who also happens to be Vishal Aditya Singh's ex-girlfriend. Their ugly batter was well seen in Nach Baliye 9- the show in which they were seen together just before Salman Khan's show. Her entry in the show has left everyone wondering as to what game plan she has come with. The actress has worked in various TV soaps like KumKum Bhagya, Chandrakanta, etc but do you know she has also worked with Bollywood superstar Akshay Kumar.

Yes, that's true. Madhurima and Akshay have worked in two films together namely Baby and Naam Shabana. The actress was seen playing the role of Akshay’s wife Anjali and made an appearance for a few minutes. Apart from that, she has also worked in films like Hamari Adhuri Kahani, Warning, etc. Madhurima has also made an appearance in the international historical drama – The Black Prince in the year 2017. She was seen as the last Sikh queen of India – Maharani Jinda. Have a look: 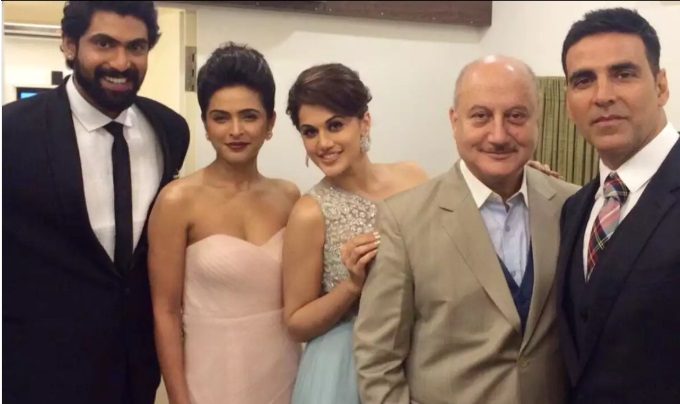 Talking about her entry in the show, Madhurima told Bombay Times, “I am entering the house for myself, and not for Vishal. I have moved on. I was offered Bigg Boss while I was doing the dance reality show. However, I didn’t take it up as there were many issues between Vishal and me. Honestly, I was traumatised by our ugly fights.”

Vishal and Tuli were referred to as the 'Kabir Singh' couple of Nach Baliye. Take a glimpse of their performances inside.

Madhurima who entered the show on Monday was quite confident about herself and said, “I will be myself; I am going with an open mind and will be the confident, independent woman that I am in real life. Once inside, I will go with the flow.”