India TV's biggest conclave on the power of Television called TV Ka Dum saw some of India's biggest general entertainment channels' heads get on the stage to talk about the unique game of TRPs. Uday Shankar, President, 21st Century Fox - Raj Nayak - COO, Viacom 18 and NP Singh - MD, CEO Sony Pictures Networks India, opened up about the importance of content and how it affects the TRP of the show.

Uday Shankar, while talking to Saas Bahu Aur Suspense host Charul Malik and actor Maniesh Paul said that the television is a mass medium and it is for the masses. Talking about the importance of television, he said that TV has an important impact on people's lives. ''No astrologer can predict TRP of any show.'' He stated that there are varieties of TV shows for a different kind of audience.

NP Singh said TV is an important medium for creating social impact and awareness in society. He said that "we should showcase inspirational stories on TV". Giving an example of Amitabh Bachchan's quiz-based show Kaun Banega Crorepati (KBC), he said that it is a motivational show and has inspired people to learn more and more. Further, talking about the importance of TRP, he said, ''I never bother about TRP of any show and always preferred on good content.'' 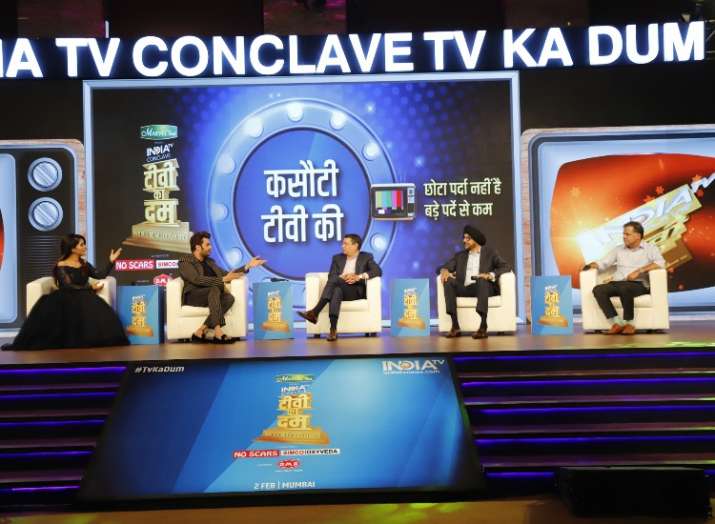 Meanwhile, Raj Nayak, COO of Viacom18, said that the audience is free to opt for inspirational shows and not the negative ones. He also said that cinema reflects whatever happens in society. "No channel makes show keeping in my mind the TRP, but it is made based on the content."