Ssharad Malhotra ties the knot with Ripci Bhatia in a dreamy wedding. Check out inside pictures

Ssharad Malhotra and Ripci Bhatia had Gurudwara wedding after which they tied the knot as per Hindu rituals. Check out inside pictures.

Television actor Ssharad Malhotra, who shot to fame with Zee TV's popular show Banoo Main Teri Dulhann tied the knot with designer Ripci Bhatia on April 20. After an intimate wedding in Mumbai Gurudwara, the couple threw a lavish wedding party for their friends. The wedding bash was attended by TV actors such as Shashank Vyas, Zain Imam, Harshad Chopra and Rashmi Desai among others. Inside pictures and videos from Ssharad's lavish wedding are all over the internet.

For Hindu wedding, Ssharad wore a golden sherwani that gave him a royal look. On the other hand, Ripci was glowing in red lehenga that perfectly complemented Ssharad's outfit. Earlier for their Gurudwara wedding, Ssharad and Ripci twinned in powder pink outfit. While the bride looked gorgeous in pink lehenga, Ssharad looked dashing in white sherwani with pink dupatta and turban. Check out pictures and videos below. 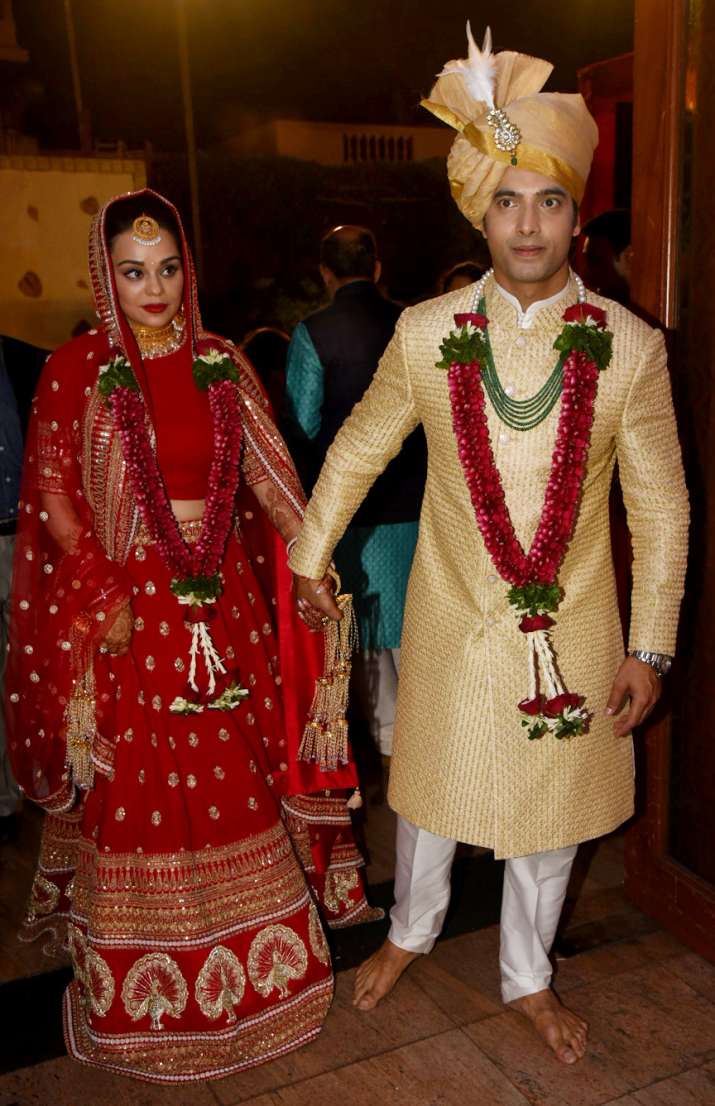 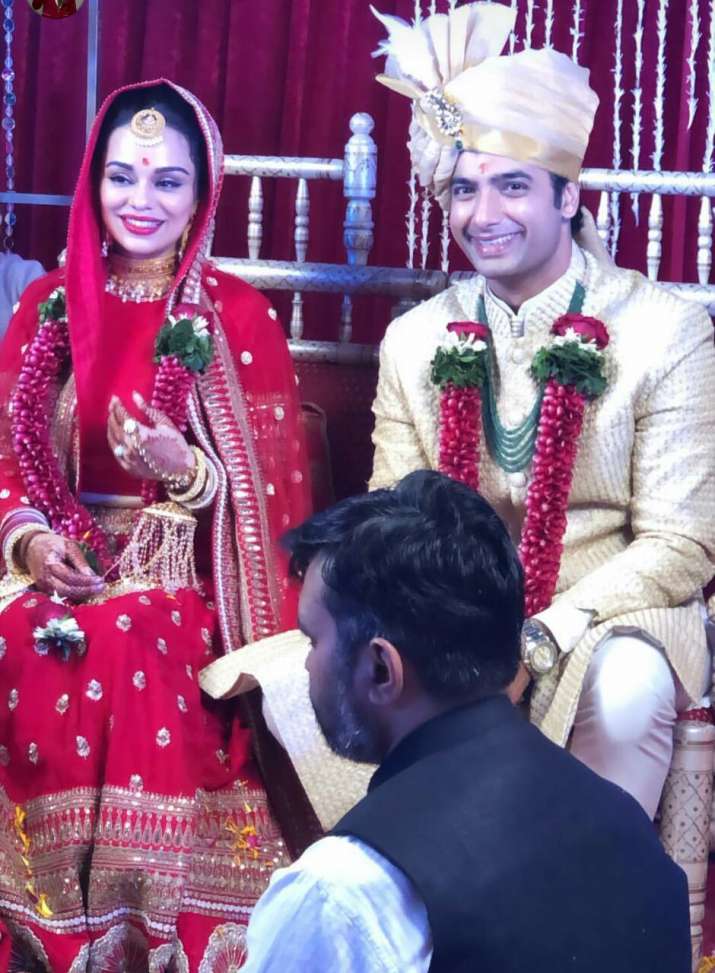 Check out inside videos of Ssharad and Ripci performing Hindu wedding rituals.

Popular comic actor Ssumier Pasricha wished the couple on social media, “Congrats Ssharad and Ripci on starting of this new chapter in your life,'' he wrote.

Talking about their relationship, Ssharad had revealed that their meeting, the decision of marriage and ultimately the family involvement-all happened in a quite old fashioned way. The couple has been knowing each other for the last few years but surprisingly, they didn't date. ''Ripci and my sister have known each other for a while since they are fellow designers. My sister had introduced us a couple of years back. We exchanged occasional pleasantries on social media. Recently, both the families got involved and we both spoke over the phone for a few days. We both instantly knew this is it and decided to take the plunge. And yes, for a change we didn’t want to date each other first! In fact, it all happened in a very old-fashioned way for us as we said yes without as much as meeting each other!,'' he had told Pinkvilla.