Dhruv Vikram, easily the most exciting debutant to watch out for, is making his debut via upcoming Tamil film Varmaa.

Debutant Vaishnav Tej, the eleventh member from megastar Chiranjeevis clan, was given a grand welcome at the launch ceremony of his maiden yet-untitled Telugu film on Monday. Amidst the never-ending debate about nepotism, this year will witness the debut of over half a dozen star kids in southern cinema. From actor Vikram's son Dhruv to Shivani, daughter of actors Rajasekhar and Jeevitha; it's going to be the year of these first-timers who will slug it out in a highly crowded and competitive arena.

Dhruv Vikram, easily the most exciting debutant to watch out for, is making his debut via upcoming Tamil film "Varmaa", a remake of "Arjun Reddy". In the film, Dhruv reprises Vijay Deverakonda's role of an obsessive lover and alcoholic medical surgeon.

Directed by Bala, who was instrumental in launching the career of Vikram many years ago, "Varmaa" is gearing up for release in February. At the trailer launch of the film, Vikram had said he really didn't plan to launch his son for at least the next two years.

"We were just toying with the idea of launching Dhruv, and felt that the process will take at least two years to find the right project. But when I saw ‘Arjun Reddy', I was completely blown away and I felt it would be the perfect project to launch Dhruv. I couldn't think of anyone else but Bala sir to direct. When I requested him, he gladly accepted," Vikram said.

Shivani Rajasekhar is making her debut via the Telugu remake of "2 States". She pairs up with Adivi Sesh in the film, which is being directed by Venkat Kuncham. Talking about Shivani's decision to get into the industry, her mother and yesteryear actress Jeevitha told IANS that this project was chosen after much contemplation. 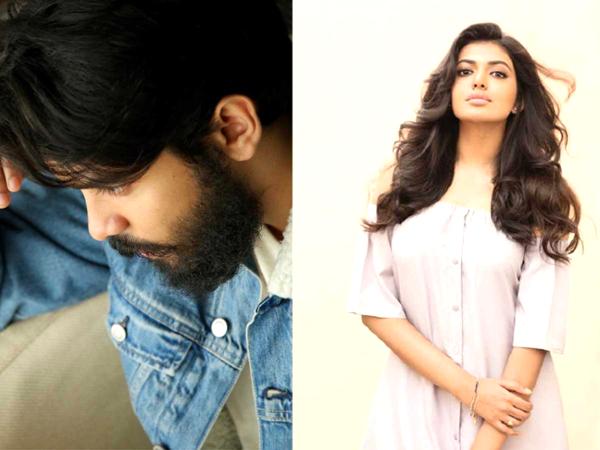 "Shivani is currently pursuing medicine. She is studying to be a doctor. People have approached us with a few offers for her over the last few years but we were hesitant to sign them. When this offer of a remake of ‘2 States' came up from talented Venkat, I thought this is the right launchpad for her. The heroine plays a meaty and versatile character in it," she said.

On roping in Shivani for Alia Bhatt's role in the remake, Venkat told IANS: "We didn't want a big heroine because it wasn't going to help me with respect to this project. I had met Shivani at a party in the past and I really liked her personality and how she carried herself. I could see my character in her."

"When I did a screen test with her, I was convinced that she would suit the role. It's amazing on her part that despite being the daughter of a superstar she agreed to be part of this project. It proves that she's open to everything and is not too keen on treading a familiar path."

Upcoming Tamil film "Kalaasal", which went on the floors last year, will mark the debut of Ramkeshav and Jovitha. While the former is the son of yesteryear popular southern actress Ambika, the latter is the daughter of popular Tamil character artist Livingston. The film is gearing up for release this year.

Actor Nandamuri Balakrishna's son Mokashagna, according to the industry grapevine, is most likely to be launched this year. Last year, reports emerged that he might be launched by veteran filmmaker Singeetham Srinivasa Rao. However, there has still been no development on that front.

This year, Rana Daggubati's brother Abhiram Daggubati is also expected to make his acting debut. Apparently, he is all set to be launched by his father and popular producer D. Suresh Babu.