The picture sees Shahid Kapoor posing in front of a mirror dressed in an all-black ensemble. The 39-year-old actor has lately been heavily into fitness, for his role of an aging cricketer in the upcoming film 'Jersey.'

Bollywood heartthrob Shahid Kapoor wished his fans a good morning on Monday, with a special mirror selfie from the gym flaunting his perfectly ripped biceps and suave physique. The picture sees the 39-year-old actor posing in front of a mirror dressed in an all-black ensemble. Shahid has lately been heavily into fitness, for his role of an aging cricketer in the upcoming film "Jersey".

"Good Morning," the 'Jersey' actor wrote along with the picture shared on his Instagram stories. Have a look: 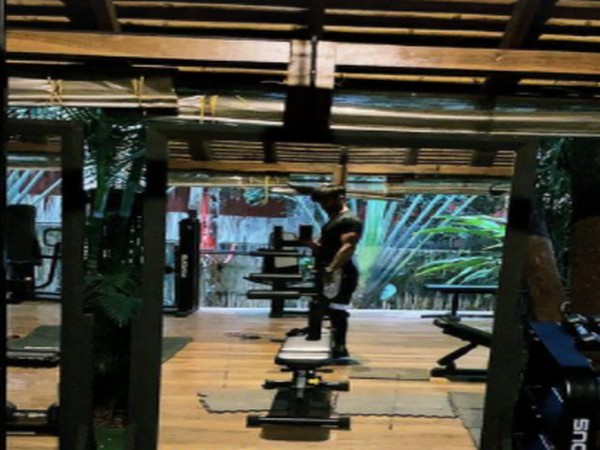 Meanwhile, on the professional front, Shahid, who had started his acting career with romantic movies, has been taking up intense roles in the past years. Lately, he has starred in movies like 'Haider', 'Udta Punjab', 'Rangoon', and others, which highlighted his versatility as an actor.

Shahid will be next seen in the remake of the sports film 'Jersey'. The 39-year-old star will be seen essaying the role of a cricket player in the movie. He had recently wrapped up shooting for it. It also features actors Mrunal Thakur and Pankaj Kapur, among others. The film, slated to release on November 5, is a Hindi remake of a Telugu hit of the same name. The Hindi version is directed by Gowtam Tinnanuri, who had also helmed the 2019 original.

The story of "Jersey" is about a talented but failed cricketer named Arjun, who decides to make a comeback in his late thirties and play for India in order to fulfill his son's wish.

He is also set to star in filmmakers Raj and DK's upcoming OTT project which will also feature actor Raashi Khanna.