Meanwhile, Shahid cannot keep calm as her wife Mira Kapoor launched her YouTube channel. Rooting for her, the actor shared the link of her channel on Instagram and wrote, "My love… I am crushing on you all over again.”

Bollywood celebrity Shahid Kapoor's wife Mira Kapoor on Wednesday (December 1) launched her first YouTube channel. Mira has been an ardent Instagram user. She enjoys a massive fanbase there and often interacts with fans and followers. Sharing her first YouTube video, Mira introduced herself to her viewers. In the video she also talks about her likes, regrets and how is it being a young mother. Meanwhile, Shahid cannot keep calm as her wife starts her new venture. Rooting for her, the actor shared the link of her YouTube channel on Instagram and wrote, "My love… I am crushing on you all over again,” along with heart emojis. Later, he shared Mira’s first YouTube video and was all hearts for her as she wrote, “Looking like a teen." 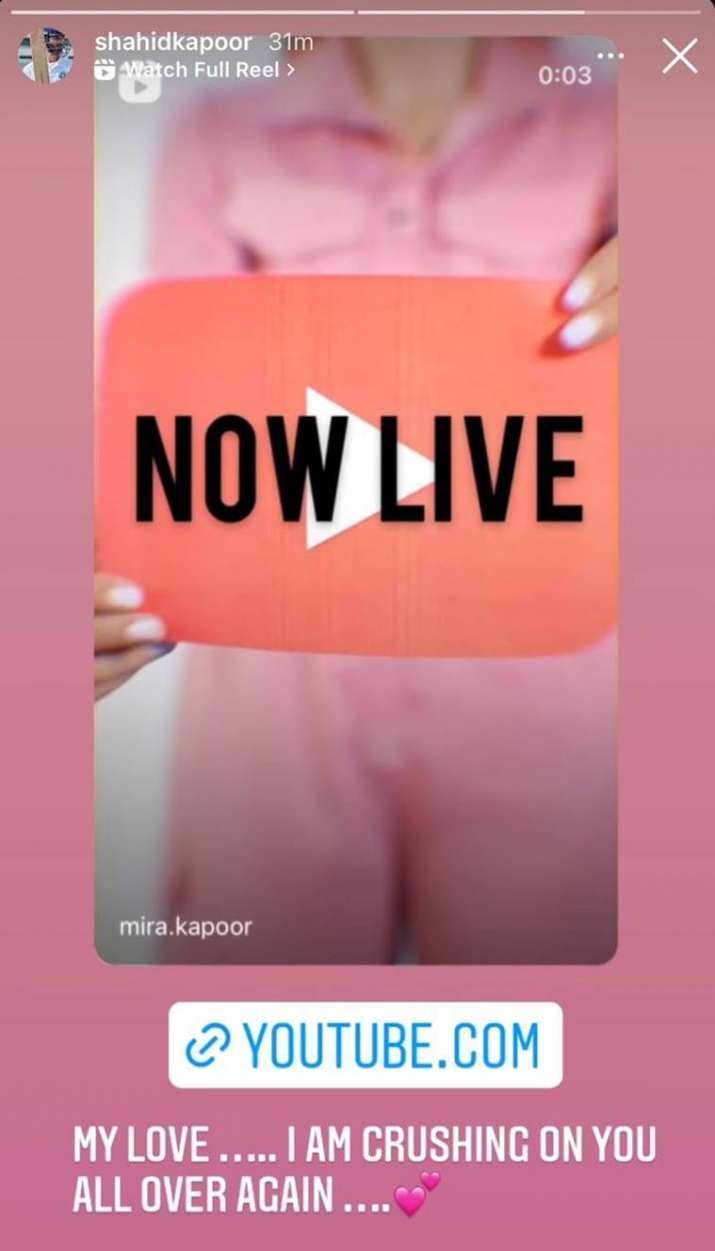 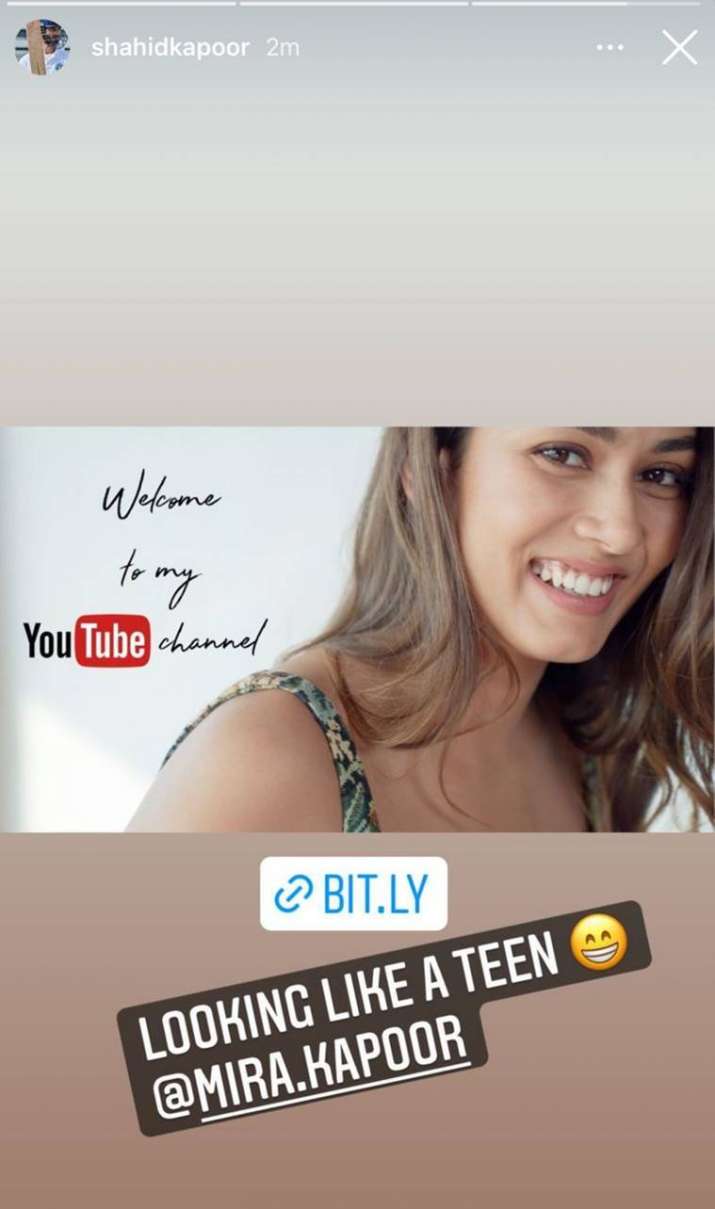 “I love to write, I wish I didn’t give up on my piano lessons when I was 10 and I hate packing a suitcase,” she says in the beginning of the video. Soon, she talks about the kind of questions she is often asked. “People often ask me how have you adjusted. Did you really want two kids before you turned 25. The most common one is – what is the gossip? Tell us what is happening in Bollywood? But very few know the real me."

Mira added, “Maybe bits and pieces you have seen on Instagram and some very well-behaved interviews, some of which I wish I never gave."

Mira also talked about not being a perfect mother. “I am not a perfect mom. Moms have fails. They have burnouts. We all do. And yet, a very bad day can become good one if you just take that one hour to workout or take a me time or go to walk. So, this is a place where I get to be me, in my own words and through my own eyes,” she concluded, adding that on her YouTube channel, she will talk about everything that matters.

“We are also going to talk about what matters – culture, tradition, who we are, how we feel, so let’s keep it real because you and I, we are just getting started,” Mira concluded.

For the unversed, Mira and Shahid got married in a traditional Anand Karaj ceremony in 2015. They are doting parents to two children -- daughter Misha and son Zain.

On the professional front, Shahid Kapoor recently teased that he is set to collaborate with South star Vijay Sethupathi and Raashii Khanna for his upcoming series helmed by filmmaker duo Raj Nidimoru and Krishna DK. It is co-written by Sita R Menon, Suman Kumar and Hussain Dalal.

Apart from this, Shahid will be next seen in 'Jersey', which is also a remake of another Telugu film of the same name. The story is about a talented but failed cricketer named Arjun, who decides to make a comeback in his late thirties and play for India, in order to fulfill his son's wish. The film will also feature Pankaj Kapur and Mrunal Thakur in pivotal roles.