A fan asked if Kajol would've married SRK had she not met Ajay. Her witty reply won us over

Shah Rukh Khan and Kajol's on screen chemistry almost always forces their fans to secretly ship them even though they both are married IRL.

Not only has Shah Rukh Khan and Kajol's on screen chemistry made Dilwale Dulhania Le Jaayenge and Kuchh Kuchh Hota Hai cult classics in their own right, it almost always forces their fans to secretly ship them even though they both are married IRL.

So much so that even when Kajol conducted a Q&A session on Instagram and encouraged the fans to ask her anything, one of her fans asked her if she would have married SRK had she not met Ajay Devgn, her husband.

"Isn’t the man supposed to be proposing," she replied, and won many a heart for her presence of mind and wit.

There was in fact another question regarding SRK. A fan asked her if she would collaborate for another film with the superstar so that the fan in question could "die happily".

Reacting to this, she said, "I thought everyone wanted a long life." 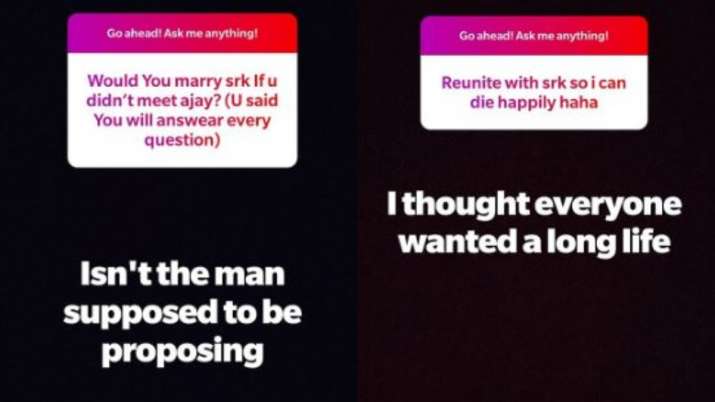 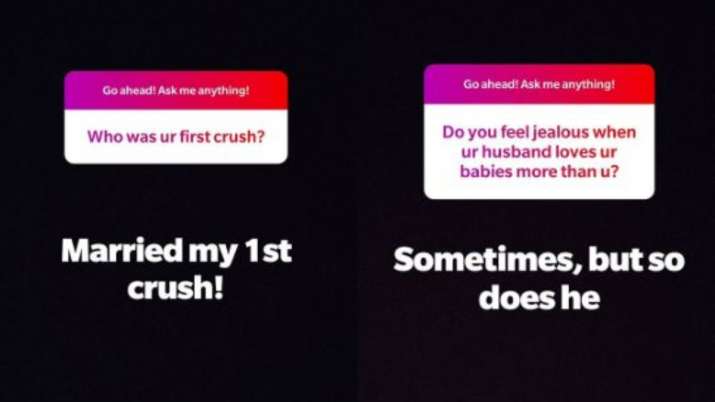 Kajol and SRK have always said that they share a very comfortable bond that transcends on the big screen. Kajol had earlier said, “There is an innate comfort level. We have also done very successful films together. There's an on screen history together. Of screen too when we sit down together to do a scene, it come very instinctively because I know what's he gonna do. I can predict what he is going to say. I have a way to answer that... a very comfortable body language. I would also like to say that we are both very fine actors."

Kajol will be next seen as Ajay Devgn’s wife Savitribai Malusare in Tanhaji: The Unsung Warrior. The film stars Saif Ali Khan as the antagonist and will hit the theatres on January 10, 2020.