A video of Kareena Kapoor from a recent brand shoot with hubby Saif Ali Khan has been going viral thanks to her priceless expression.

Remmeber Kareena Kapoor's Mai Apni Favourite hoon dialogue from Jab We Met? Well, she is just not her favourite but every Bollywood lover out there just adores her and despite the fact that the actress has always maintained a hand from social media, her pictures and videos go viral in a blink. Recently, another video featuring Kareena Kapoor's expressions while she was trying to talk to her team members who were seated at distance from Bebo.

Fans were in complete awe of the star actress and praised Kareena terming her as the expression queen of Bollywood. 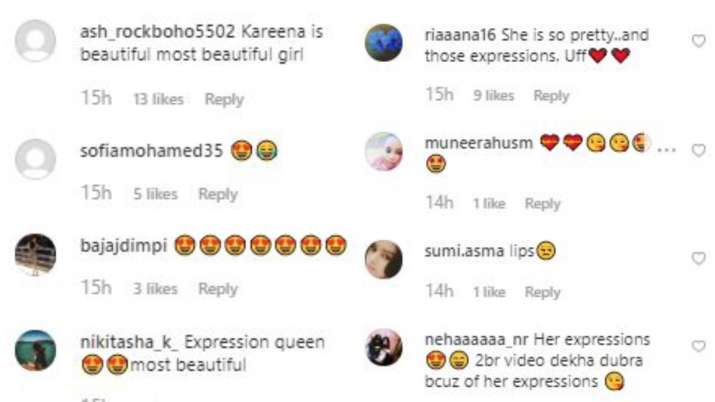 The video is from a brand shoot that Kareena attended with hubby Saif Ali Khan. Kareena looked gorgeously stylish in a white leopard print jacket and black pants. And how could you miss out Saif Ali Khan when you are talking about style? Saif looked like a true nawab in his blue suit and mustache look.

On the work front, Kareena’s latest release Good Newwz opened to over whelming response and crossed the Rs 100 crore mark within a week of its release. Kareena will now be seen opposite Aamir Khan in Laal Singh Chaddha. The film is a remake of Tom Hank’s Hollywood film Forrest Gump.