Arjun Kapoor took to his Instagram handle and gave dad Boney Kapoor a warm shoutout. Sharing the filmmaker's picture, he jokingly said in the caption, "So this happened. Dad is finally on Instagram to keep track on all his kids & to show the world his rather fashionable side…@boney.kapoor1."

Producer Boney Kapoor, who is quite active on Twitter, has now joined Instagram. After making his debut on the photo-sharing application, he posted several pictures -- including his solo image, in which he can be seen posing like a pro. Sharing the particular photograph on his Instagram Story, Boney's firstborn Arjun Kapoor penned a cute post. "So this happened. Dad is finally on Instagram to keep track on all his kids and to show the world his rather fashionable side," Arjun wrote.

Boney's daughter Janhvi Kapoor also shared the same image on her Instagram Story and wrote, "Hi papa." She added a string of heart emojis to the caption. 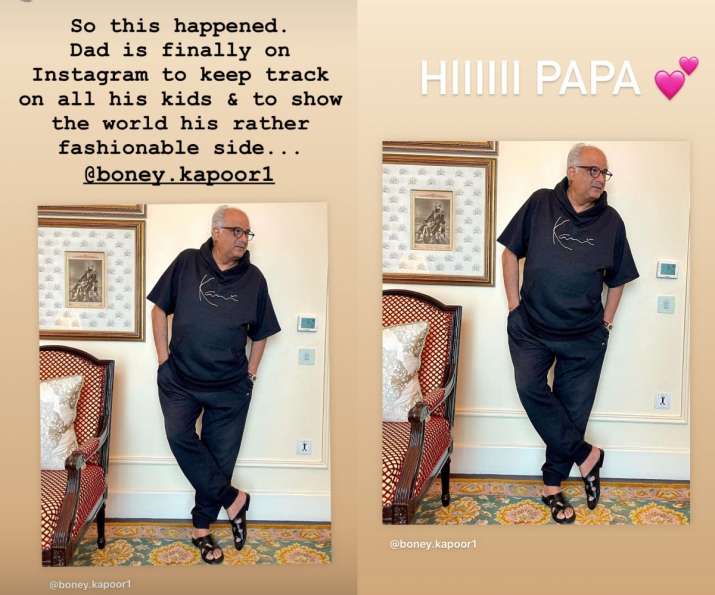 The Golden Visa was instituted by the UAE government in 2019 as a new system which allowed investors (minimum of AED 10 million) and entrepreneurs, as well as professionals and specialised talents like in the field of science, knowledge and sports, to apply for it.

Meanwhile, on the work front, Boney is currently in Delhi for his acting project. Reportedly, he is shooting for Luv Ranjan's next, which stars Ranbir Kapoor and Shraddha Kapoor in the lead roles.