Virat Kohli and Anushka Sharma, who are fondly called "Virushka" by their fans, are currently in the UAE for the ongoing T20 World Cup 2021. Here's a sneak peek of their coffee time.

Bollywood actress Anushka Sharma and Indian cricket team skipper Virat Kohli make a stunning pair, but they also are 'delicious' together. That's how Anushka wants to describe a coffee that has their faces on it. The actress on Saturday took to her Instagram Stories to share a picture of the beverage. Giving fans a glimpse of her meal, Anushka wrote, "We're so delicious" over it. It is the same picture that was shared by the couple last year when they announced Anushka's pregnancy on social media.

Virat and Anushka, who are fondly called "Virushka" by their fans, are currently in the UAE for the ongoing T20 World Cup 2021. Here's a sneak peek of their coffee time: 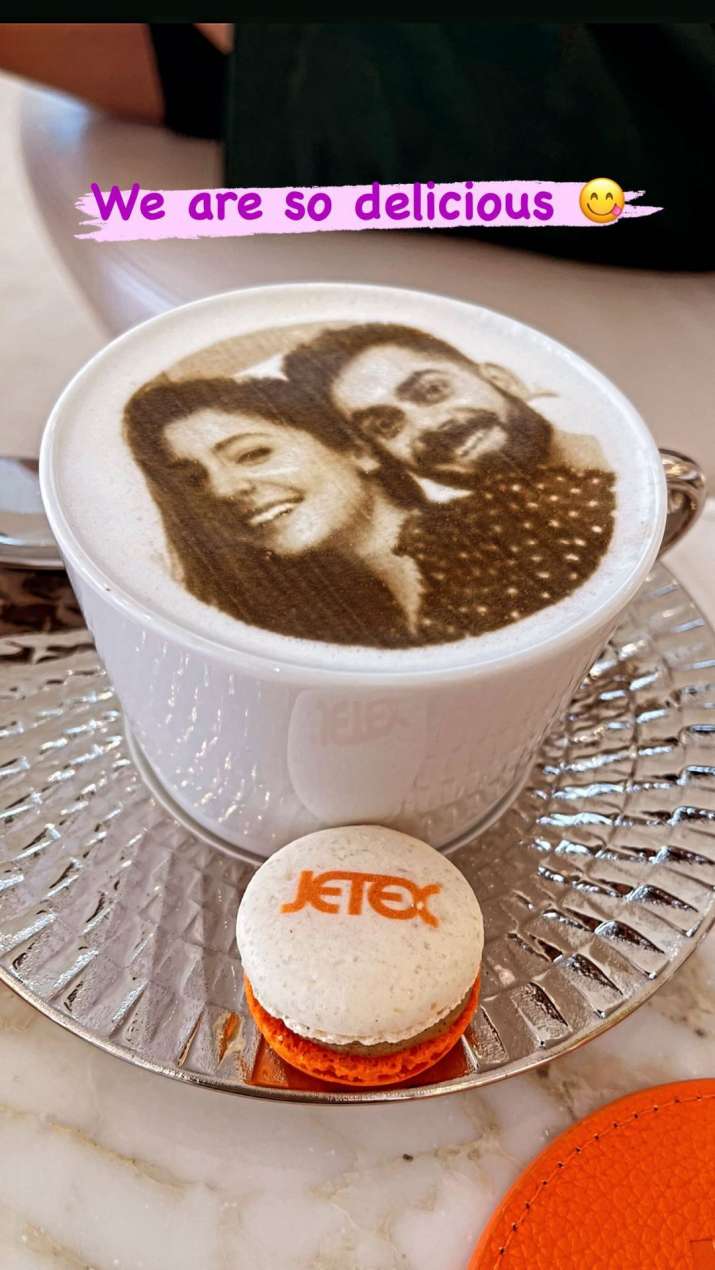 Anushka keeps updating fans about her personal and professional life. Recently, on Virat's birthday, she shared a picture posing with Virat in Dubai. In the image, the two are seen hugging each other dressed in Indian wear. Alongside the image, she wrote: "No filter needed for this photo and the way you lead your life. Your core is made of honesty and guts of steel. Courage that pales doubt into oblivion. I know no one who can pick themselves up from a dark place like you can. You grow better in every way because you hold on to nothing in you as permanent and are fearless . I know we are not ones to talk to each other through social media like this but sometimes I just want to scream and tell the world what an amazing man you are. Fortunate are those who really truly know you."

She added: "Thank you for making everything brighter and more beautiful Oh , and Happy Birthday cuteness !"

Virat dropped a comment, where he called Anushka his "guiding force".

"You are my strength. You are my guiding force. Grateful to God everyday for us being together my love. I love you."

For the unversed, Anushka and Virat tied the knot in December 2017 in Tuscany, Italy. They welcomed their first born – a daughter, whom they lovingly named Vamika on January 11.

On the work front, the actress was last seen in the film 'Zero' in 2018. She produced the web series 'Paatal Lok' and the film 'Bulbbul' for OTT last year. She has two films in the pipeline. She will be seen in Navdeep Singh's 'Kaneda', and a biopic of cricketer Jhulan Goswami.