Break-up rumours of Amit Sadh and Annabe DaSilva had been making rounds since August 2019.

Actor Amit Sadh has confirmed his break up with fitness model and girlfriend Annabel DaSilva. According to bollywoodlife.com: The two met at a gym when the actor working on an assignment while DaSilva was prepping for a bodybuilding competition. Just after their New Year's vacation, rumours started doing the rounds that Amit himself has confirmed that the two are no longer together.

According to bollywoodlife.com, the 36-year-old actor confirmed the break up to Mumbai Mirror: "It's absolutely true. I am absolutely single and ready to be taken." 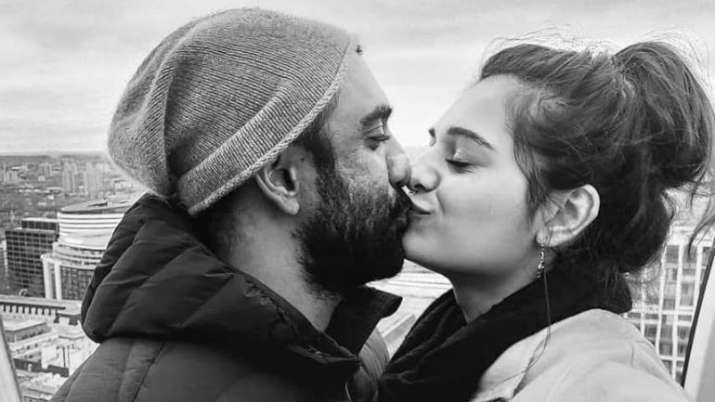 Rumours about his break up had first hit the grapevine in August 2019. However, the buzz got stronger after Amit deleted all his pictures with Annabe from his Instagram feed. Annabe, on the other hand, still has pictures with Amit on her Insta.

I can't even count how many photos of us we have like this. This is the smile of the happiest girl 💛😊 #present #smiles #goalovin

Earlier, the couple never shied away from talking about their relationship in front of the world. Talking about Annabe, Amit Sadh had earlier said,  “I’ve never been so happy and I’m grateful to her for that. She’s one of the most amazing human beings I’ve met. She personifies happiness — she’s always smiling. I think I’ve also caught on to the habit. Earlier, I was closed and unsure. I hope we can make a difference to each other’s lives, she already has. We are extremely involved in each other’s lives. As I said, we are a normal couple. When it becomes special, it’s a problem. When you love someone, it should come easily. Annabel has taught me the power of little things.”

Meanwhile, on the work front, Amit will next be seen in "Shakuntala Devi" starring Vidya Balan. It is based on the life of the late maths genius Shakuntala Devi.