Ranbir Kapoor is in New York to spend time with his parents Neetu Kapoor and Rishi Kapoor.

After wrapping up with the Brahmastra shoot and round up all the award shows that were lined up, Ranbir Kapoor took a flight to the US and went straight to his mom and dad Neetu Kapoor and Rishi Kapoor. The veteran actor has been stationed in the New York for his medical treatment. He has not revealed much about his illness, but reports have speculated that he has been diagnosed with cancer. Mother Neetu Kapoor shared the pictures of Ranbir Kapoor with his dad Rishi Kapoor. After meeting his parents, Ranbir met the veteran actor Anupam Kher, who is living in New York for quite a while now. The actor is there to shoot for his TV show NBC Amsterdam's next season. On Friday, Anupam Kher shared a picture with Ranbir Kapoor and wrote a lengthy post about him. 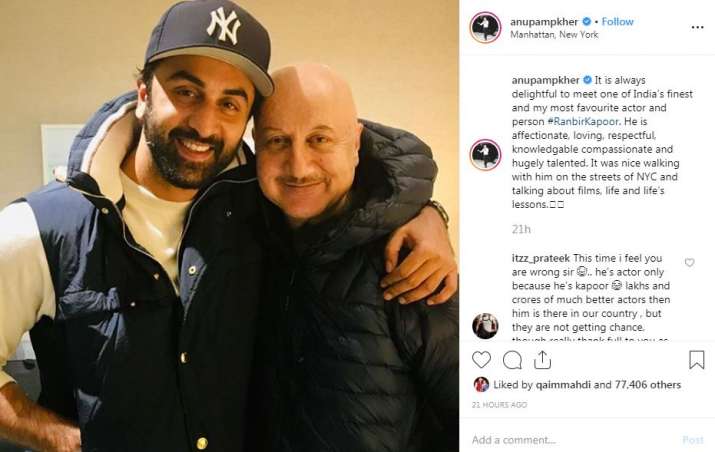 In the caption, he wrote, "It is always delightful to meet one of India’s finest and my most favourite actor and person #RanbirKapoor. He is affectionate, loving, respectful, knowledgeable, compassionate and hugely talented. It was nice walking with him on the streets of NYC and talking about films, life and life’s lessons.” 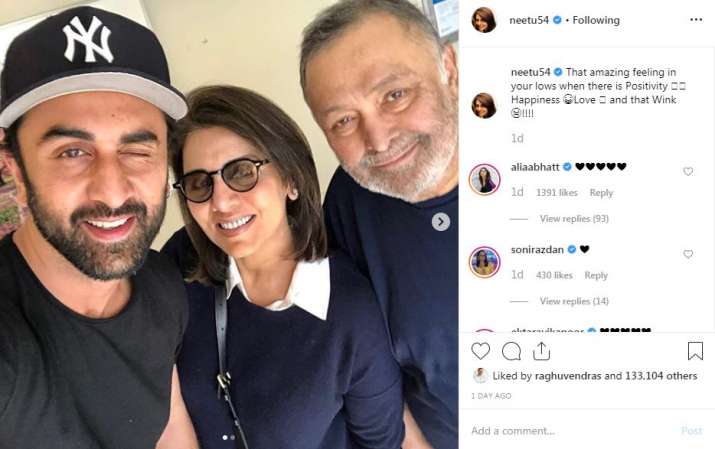 Ranbir Kapoor and Alia Bhatt went to the New York in December last year to celebrate New Year with Rishi Kapoor, Neetu Kapoor and Riddhima Kapoor. The veteran actress shared the pictures from their close-knit celebrations on the social media. The pictures also confirmed that Mr and Mrs Kapoor have approved of their son's relationship with the Raazi actress. 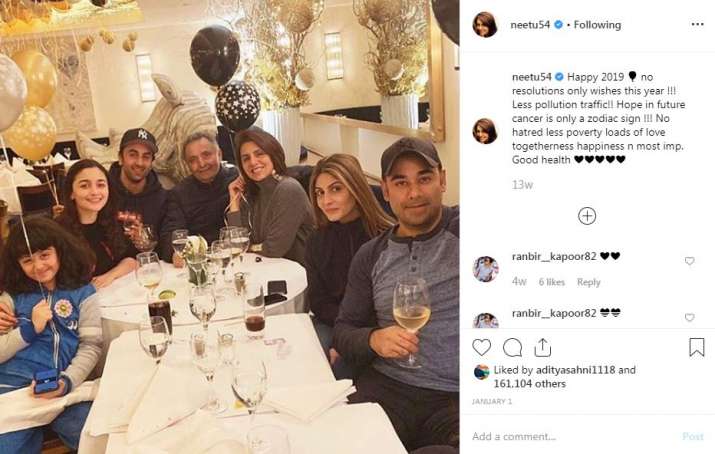 On the work front, Ranbir Kapoor is shooting for his next film Shamshera in Mumbai. Recently, he bagged the Best Actor award at Filmfare Awards 2019 for his performance in Sanju. He received the award with his girlfriend Alia Bhatt, who won the award for Raazi.