Amitabh Bachchan has reportedly put his Rolls Royce Phantom on sale which was gifted to him by filmmaker Vidhu Vinod Chopra after the actor’s stellar performance in the film Eklavya.

Bollywood superstar Amitabh Bachchan has reportedly put his Rolls Royce Phantom on sale which was gifted to him by filmmaker Vidhu Vinod Chopra after the actor’s stellar performance in the film Eklavya: The Royal Guard. The two worked together in the 2007 film and the filmmaker was so impressed by Big B that he gifted him the luxurious car. However, the superstar has now sold his car to a Mysore based businessman.

Going by the reports in Mumbai Mirror, Amitabh Bachchan has sold his Rolls Royce Phantom for an undisclosed amount of money to a Mysore-based businessman, Ruman Khan, who is said to be a collector of high-end vehicles. The car cost Rs 3.5 crores at the time of purchase and the actor was often spotted driving it himself. There is no denying that Big B loves luxurious cars. He already has a Mercedez S-Class, a Range Rover, a Bentley GT and a Lexus SUV. 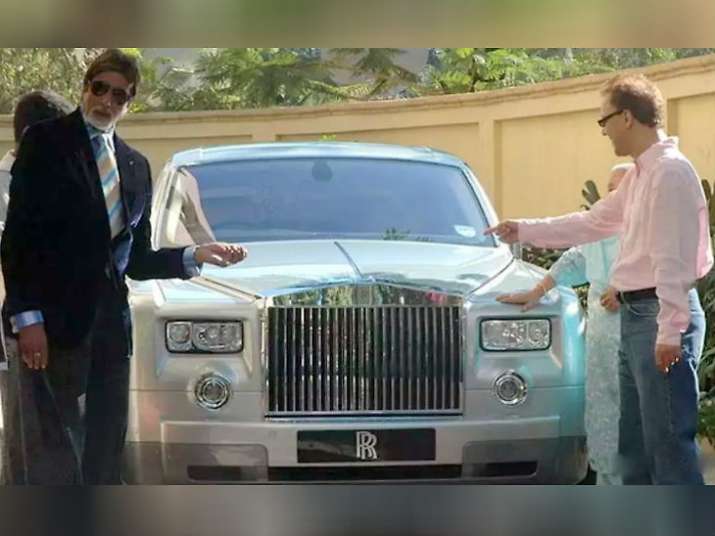 Amitabh Bachchan has been ruling the headlines for his upcoming film Badla. The trailer has already excited the fans and made it difficult for them to wait for the movie. Sujoy Ghosh’s Badla will be Big B’s second collaboration with actress Taapsee Pannu after their 2016 blockbuster film Pink. Amiitabh also has Nagraj Manjule’s Jhund and Ayan Mukerji’s Brahmastra in the pipeline.

To promote the film, Amitabh Bachchan as well as the producer Shah Rukh Khan have gone a step ahead and released an unplugged video on Red Chillis Entertainment YouTube Channel where the two are seen going candid about their career and the film. Watch the video here-