Alia Bhatt is all smiles after wrapping last schedule of Kalank. See pics

It was Kalank's schedule wrap for Alia Bhatt. The actress is back to bay after shooting for the last schedule in Chanderi, Madhya Pradesh. She was spotted at an airport in Mumbai and was all smiles for the camera. Sporting a hooded white sweatshirt, Alia looked cute sans makeup. With her hair left open, the actress accentuated her look with just a lip gloss.

Check out the pictures below: 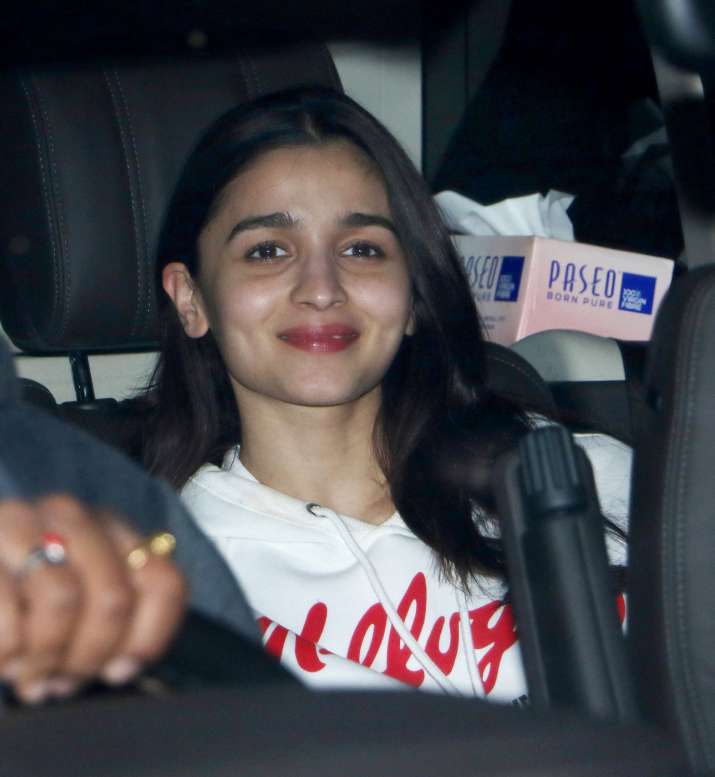 Alia Bhatt had a great time in Chanderi. The actress made sure to give glimpse of her short stay in the historical town. Meanwhile, her mom Soni Razdan visited the sets of Kalank. Sharing a boomerang video of her mother, she wrote, ''Tea time on set with mommy''. Razdan too got mesmerized by Chanderi's beauty. She flooded Instagram with photos from her Chanderi trip.

Alia is also having a tough time to cope with the cold. In one of her photos going viral on social media, she is all wrapped in woolen. Sonakshi Sinha, who was also in Chanderi shared a post on Instagram after wrapping the last schedule. ''Just the beginning of the year and the end of a new film! It's a wrap for me on 'Kalank'... a project I am proud to be a part of! Can't wait for you all to see it,'' she wrote.

Alia who is all set for the release of her next Gully Boy has a lot of projects lined up. Besides Kalank, which is being produced by her mentor Karan Johar, she will also be seen in KJo's directorial Takht. Alia is currently basking in the success of her last release Raazi, which left everyone amazed. The actress not only garnered rave reviews for her performance but also the movie minted over Rs 100 crores. Directed by Meghna Gulzar, Raazi revolved around a Kashmiri woman who is recruited to work as a spy in Pakistan.

Talking about Alia's performance in Kalank, Karan Johar had said, "I saw something that Alia had done in Kalank and I was just so moved by the work she had done. I won't disclose what it is (but) she has done something in the film. You know when I see Alia I get that feeling like I'm seeing my daughter perform''.

On a related note, the Abhishek Verman's directorial also has Varun Dhawan, Aditya Roy Kapur, Madhuri Dixit and Sanjay Dutt. The movie marks the reunion of Madhuri and Sanjay after 21 years.