Is Aishwarya Rai Bachchan upset with Amitabh Bachchan for working with Emraan Hashmi? Here’s the truth

Aishwarya Rai Bachchan and her father-in-law Amitabh Bachchan are undoubtedly known to keep their family ahead of everything else. But looks like all is not well in their paradise.

Well, for the unversed, Emraan Hashmi was the one who made a comment on Aishwarya long back that she is ‘fake and plastic’. The actress was evidently hurt by the statements and even remembers them now. Recently, when the ex-Miss World appeared on Famously Filmfare, she was asked about the most hurtful comment that she received in her life and she said being called ‘fake and plastic’. On the other hand, Aishwarya has even refused a movie with Emraan earlier which is why she is upset that Big B is working with him. Aishwarya was offered Badshaaho but she refused it.

The report further reveals that the actress is not happy with the fact that a family member works with someone who thinks low of her. After Aishwarya Rai Bachchan made it evident that she is still hurt with Eamraan Hashmi’s comments that he made on the chat show Koffee With Karan, the actor clarified saying, "She didn't say that it's my comment. She had just said that this comment is the worst. In the profile of the show, you have to be a bit controversial and funny. That is to win the hamper. I'm sure she is not speaking about me. But if she is, then I have said it in other interviews as well that I have an immense respect for her. I think she is a very good artist."

Well, looks like a lot is happening in the Bachchan family. On the related note, Chehre also stars Annu Kapoor, Rhea Chakraborty, Kriti Kharbanda and Siddhant Kapoor. The film is scheduled to release on February 21, 2020. 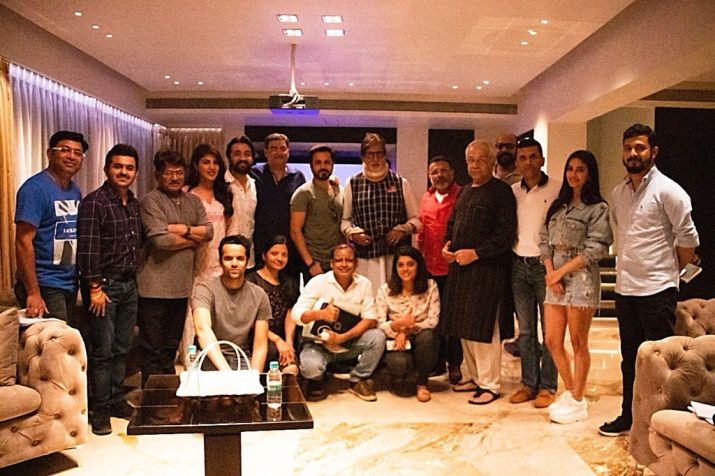