New Delhi: Karan Kundra who has always been in limelight because of his on-and-off relationship with Kritika Kamra, has again grabbed eyeballs.TV heartthrob Karan who claimed to be single, is rumoured to be engaged with

New Delhi: Karan Kundra who has always been in limelight because of his on-and-off relationship with Kritika Kamra, has again grabbed eyeballs.

TV heartthrob Karan who claimed to be single, is rumoured to be engaged with his long-time girlfriend Aanchal Singh, a stylist from Delhi. As per the sources, the roka ceremony of the telly actor took place in March.

Karan who has visited Varansi with TV actor Arjun Bijlani was accompanied by his fiance, Aanchal. 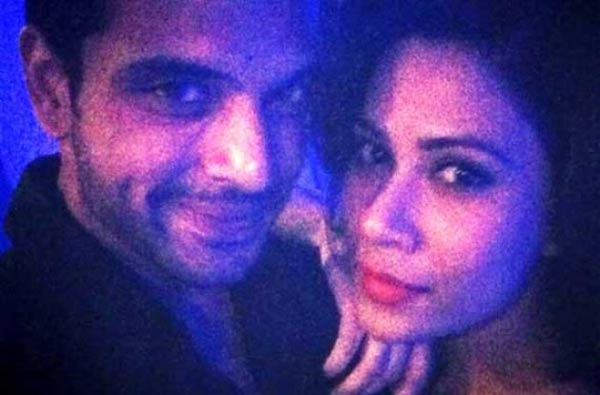 It is being said that Karan introduced Aanchal to Arjun as his fiance from Delhi. Aanchal has even put her and Karan's picture as her whatsapp DP.

Few days before Karan uploaded some cosy pictures with his ex-girlfriend Krtika Kamra which gave strong signs that the alienated couple might have patched up.

We came across pictures of them going on a bike ride and sharing sizzling chemistry but the things were just rumours.

The couple's much talked about affair ended in 2012.

On the other hand, television industry is buzzed with the news that despite being engaged Karan is also dating Mumbai based model Swati Vasta.

Now this supposed to be a love triangle and we can't wait to find if Karan will marry his girlfriend or some other twist will come in his love life.

Karan who is gearing up with his upcoming show Fanaah (MTV) was also in news for a video that went viral where the actor was seen attacking a lady in pub.

In the video it is shown that the actor is sharing an intimate moment with his date in white dress and suddenly attacks the lady by biting her neck. With blood covered on her white dress and on the actor's mouth onlookers are left stunned.