Janhvi Kapoor and Rajkummar Rao have been shooting in several places across India with RoohiAfza team. They wrapped up the Agra schedule of the shoot and the pictures are now online.

Janhvi Kapoor and Rajkummar Rao have collaborated for the first time ever on a project. Titled RoohiAfza, the film is currently in the shooting stage and the team was in Agra recently to shoot for the film. The film’s team has been shooting in several places across India including Manali and Agra. The team wrapped up the Agra schedule of the shoot and the pictures are now online.

Roohi Afza team member Tanvi Chemburkar shared pictures from Agra as Instagram stories which showed Janhvi and Rajkummar posing with other team members. In one such a picture, Janhvi, Rajkummar and Tanvi pose with team members Mahnaz Kotwal and Gohar Shaikh. In another Rajkummar can be seen making funny faces while not looking at the camera as someone clicks a picture of them. From one of the pictures, we know that they are at The Oberoi, Amarvilas in Agra. 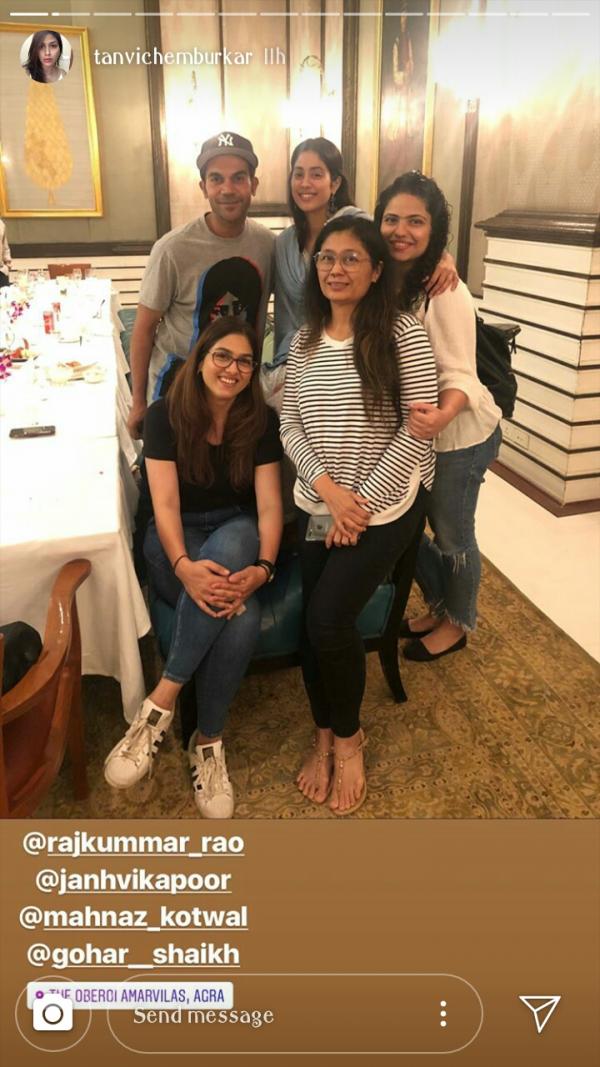 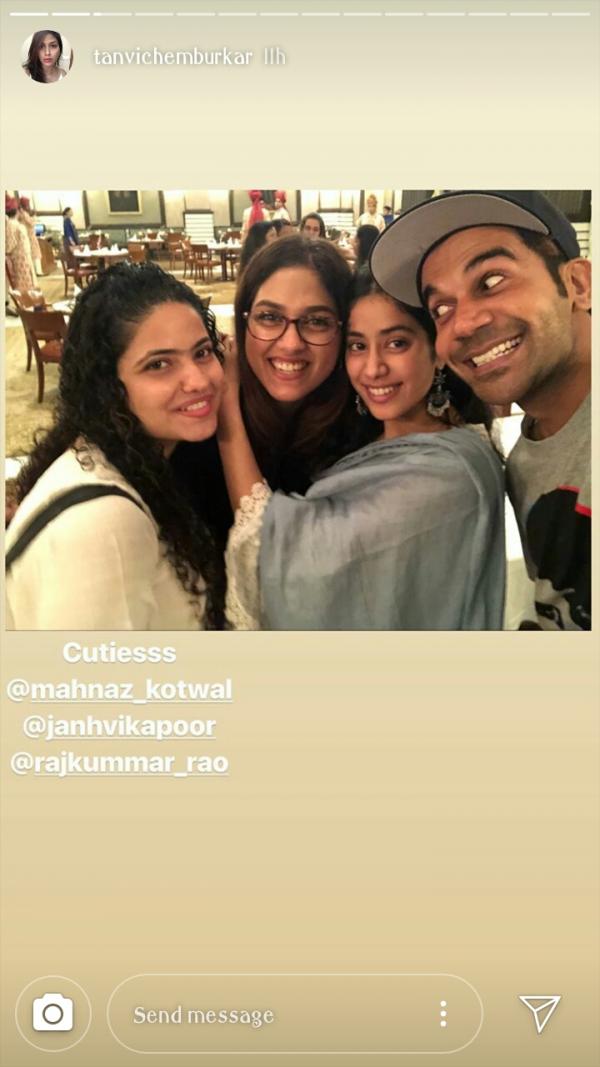 The actress happily posed for pictures for the shutterbugs as well as her fans as she returned to Mumbai from Agra.

Janhvi has a lot of interesting projects lined up including Kargil Girl, RoohiAfza, Takht and Dostana 2 for the coming months and we can’t wait to catch this young diva on the big screen in the film.

RoohiAfza is being helmed by debutant director Hardik Mehta and it is being bankrolled under the banner of Maddock Film Production.