It's a war between the latest foldable smartphones, Samsung Galaxy Z Flip vs Motorola Razr. See which is better

When smartphones began getting a bit boring, it got necessary for some innovation to take place in the mobile world. That’s when the concept of a foldable smartphone was thought of and after some work into it, the era of the foldable smartphones finally began in 2018. That’s neither a lot of history nor do we have a lot of smartphones in the foldable world. FlexPai officially was the first to introduce one, followed by Samsung, Huawei, Motorola, TCL, and it’s safe to say more are on their way.

However, the two foldable devices that are currently the most talked-about are from the Samsung and Motorola lands -- the Samsung Galaxy Z Flip and the Motorola Razr. Both feature a rather similar clamshell design (they both fold horizontally) and both cost a dime, yet are different. I got a chance to spend some time with both foldable smartphones and compare them based on my very first impressions on the same. Hence, here is what I thought of them when I put both the Samsung and the Motorola foldable smartphones against each other in the ring. Read on to find out.

Disclaimer Alert: This is not a review but only my first impressions for both smartphones based on the limited time I got to use them.

Starting with the design, which is the main USP for both the foldable smartphones, I was in complete awe when I got to use the devices for the first time. This was my very first time with a foldable device and I got to use two. Both the Razr and the Z Flip fold horizontally and folding/unfolding process is something you will follow for a while when you get to use a foldable device. As stated in my Motorola Razr first impressions, initially the folding scenario will be difficult and full of tension but then it will settle down, you will finally be able to see the devices are as normal as a traditional device. 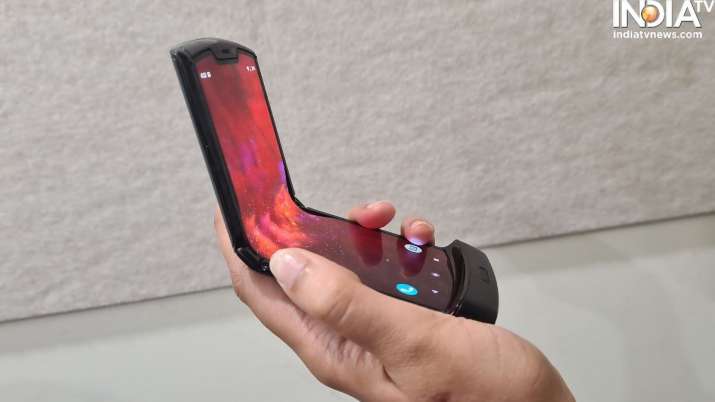 Both smartphones weren’t bulky and ensured comfort -- something I like about them. The built quality is more than decent for both of them. But what differentiates the Z Flip from the Razr is that the former flip you into the premium world and the first touch proves that. The Samsung phone is way more luxurious than the Motorola one and that’s where the Z Flip gets an edge over the Razr. Another thing that I felt makes the Z Flip a winner over here is the feeling of durability. You will feel scared to fold it with a bam initially but then it feels more secure than the Razr. Also, the folding doesn’t make a creaking sound unlike the Razr and this adds onto the good feel. Having said that, not all is wrong with the Razr. After a couple of folds, you know it won’t break, there ain't a crease, and the great nostalgia trip, especially with the Retro mode? That’s worth it. Both feature a hinge for horizontal folding. However, folds differently. While the Razr elevates and folds to avoid creases, the Z Flip has a simple folding process. 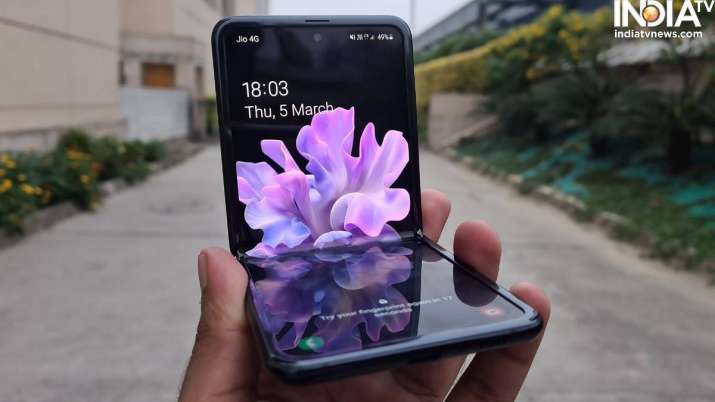 Aesthetics-wise, the Galaxy Z Flip has the volume rocker, the power on/off button, and a fingerprint scanner on the right side while the left side has the SIM slot. The bottom part houses the speaker grille, the USB Type-C port, and the primary microphone. The Motorola Razr, on the other hand, has the volume rocker on the right side, a USB Type-C port at the bottom part, and a front-facing capacitive fingerprint scanner. 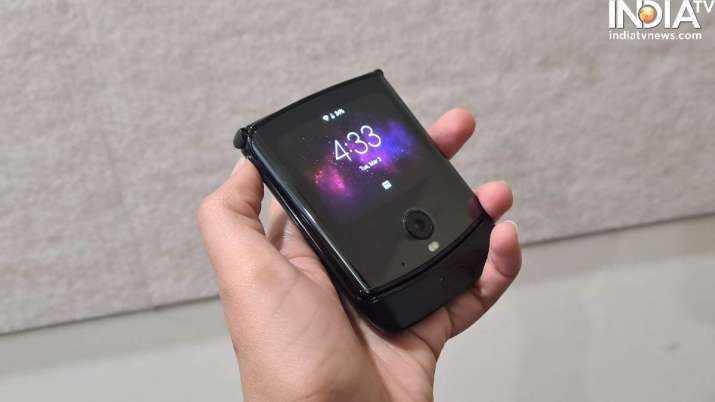 When folded, both the Z Flip and the Razr sport secondary displays on the outer part. In this area, the Razr scores a point since the secondary display is bigger and much more efficient than the small one on the Z Flip. When not folded, the Samsung Galaxy Z Flip has a 6.7-inch display and the Motorola Razr has a 6.2-inch one. The Motorola feels quite like a conventional phone and the display is quite decent too. But the way the display pops up when you fold it is slightly worrisome. The Z Flip folds well, is also like the usual phone, and the display is vivid. But the crease is a problem, especially when you are viewing a video. 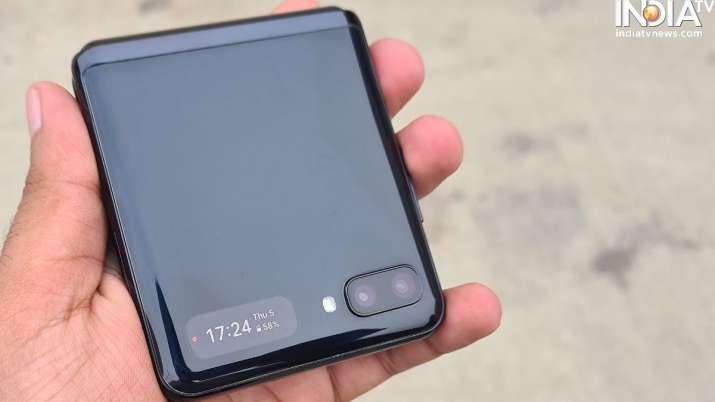 Another thing that is distinguishing between the two is that the Samsung phone has a simple box and the Motorola has the fanciest box I have ever seen.

Here are the Samsung Galaxy Z Flip and the Motorola Razr specifications:

The Samsung Z Flip has three cameras in total; two at the back (12MP each) and a 10MP front camera. The Motorola Razr gets two cameras in total; a 16MP on the outside and a 5MP on the inside. I didn’t get to use a lot of the cameras on both the devices but I did try both of them out. And both smartphones perform decently on the camera front. However, you must know that the devices aren’t camera performers, hence, you won’t get really impressive camera performance. 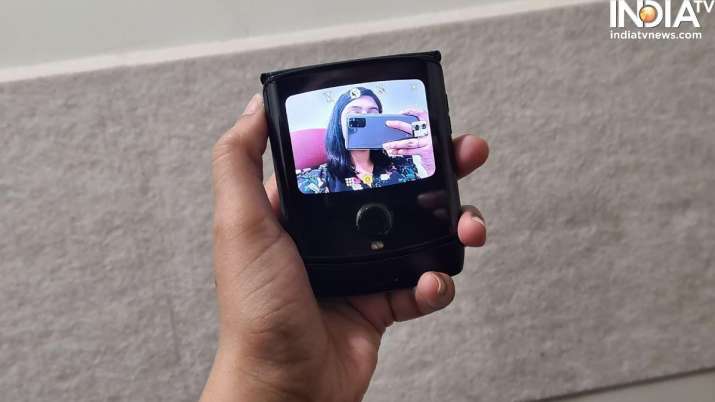 Speaking of cameras, both come with interesting camera functionalities. The Motorola Razr features the proprietary Moto gestures and you get to take a selfie via the secondary display by twisting your wrist twice. And that’s fun. The Samsung Z Flip has the Flex mode for the device to bend almost 90 degrees. This way you can place it on the table, click selfies with ease, renew your makeup, and it’s best for hands-free video calling. 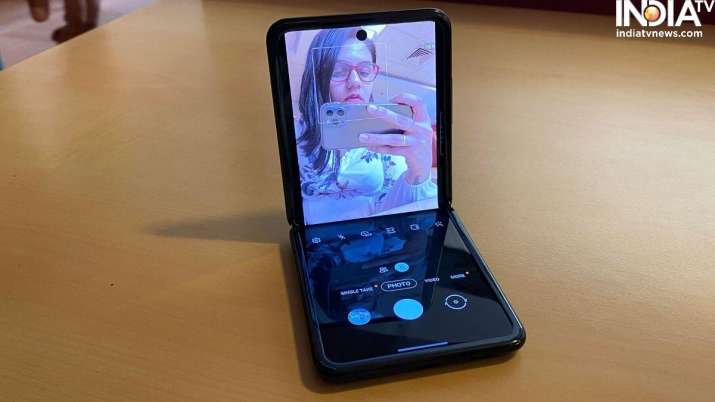 The fingerprint scanners on both devices work decently and are snappy enough. As for the UI, the Galaxy Z Flip runs Samsung One UI 2.0 based on Android 10 and the Motorola Razr runs Android 9.0 Pie out-of-the-box. The Galaxy Z Flip UI felt different, in a good way and was quite clean. The Razr UI was without a doubt neat and smooth but I wish it soon gets Android 10 as an outdated version wasn’t to my liking.

Both the Samsung Galaxy Z Flip and the Motorola Razr aim to take forward the foldable era that just started and it’s an applaud from my end for the same. While the Z Flip is Samsung’s attempt to fill in for the Galaxy Fold fiasco, the Razr is meant to relive the flip phone days with an actual bend. My experience with both devices was the one to remember. Both foldable smartphones took me to a realm that was not monotonous and refreshed me after a long time. However, they couldn’t answer the one question I have been trying to seek an answer to -- the question of whether or not I should be spending over a lakh on a device that’s not really feasible.

For me, using a foldable smartphone is the roller coaster ride you definitely want to get on; you want the thrill and the jitters but you also want it to end soon. I feel the foldable smartphones need more work as of now to be able to become close to the mainstream. That said, if I have to choose between the Samsung Galaxy Z Flip and the Motorola Razr, my pick is the former given that I get more premium looks clubbed with better specs and a slightly lower price tag.