Realme Narzo 20 Pro gets quad rear cameras, 90Hz display, 65W fast charging and more under 20K. Here's whether or not it can be a good buy

Realme recently revealed the Narzo 20 series as another addition to the budget segment in India. The aim of the new Narzo 20, the Narzo 20 Pro, and the Narzo 20A is the same: provide the audience (especially the Gen Z crowd) with the well-specced smartphones at lower costs. Out of the three smartphones, the Narzo 20 Pro is the eldest one and boasts of high refresh rate, quad rear cameras, and 65W fast charging tech as its main highlights.

I got to spend some time with the smartphone and here’s whether or not it is the perfect package under Rs. 20,000. Read on to know more.

Most of the Realme smartphones have looked the same lately, coming out as boring and not-so-extraordinary devices. However, Realme tried giving its new Narzo 20 Pro some tweaks in the design department and it seems like a start. As stated in the first impressions article, the smartphone feels slightly different this time and the White Ninja colour is more than refreshing. The phone is made up to polycarbonate but doesn’t feel cheap. This is also due to the V effect at the back, which gives the glass feels to the device. 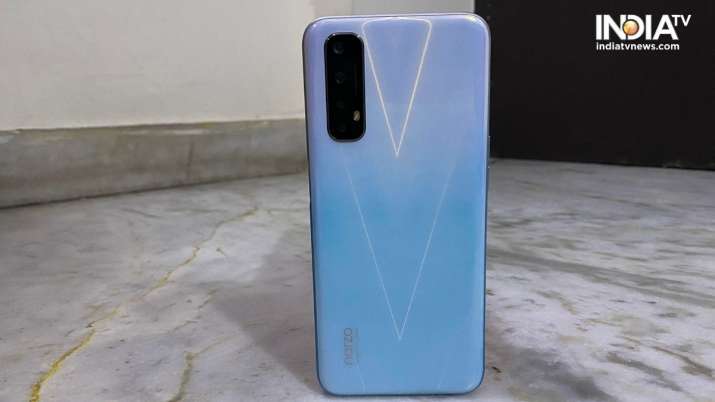 At the back, you can find the narrowed rectangular camera module with four cameras arranged vertically. The camera setup is placed in the top left corner, which is usual for most smartphones these days. Apart from this, there is only the ‘Narzo’ branding in the bottom left corner. The front has a punch-hole in the top left corner, which allows for minimal bezels. Realme has kept the 3.5mm audio jack, USB Type-C port, and the speaker grille at the bottom end while keeping the top end blank. The left side has a SIM tray and volume rocker and the right side has just the power on/off button, which doubles as a fingerprint scanner. 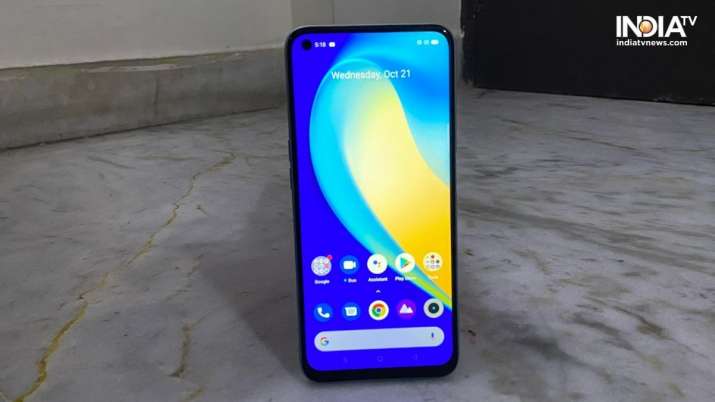 The Narzo 20 Pro has rounded edges and while it is thick, the weight doesn’t feel heavy. Additionally, one-hand usage is easy, although, it could be slightly difficult while laying down.

The Narzo 20 Pro has a 6.5-inch screen size and a Full HD+ screen resolution. The device supports a 90Hz refresh rate and a punch-hole in the top left corner for lesser bezels. It also gets a number of features such as Auto rightness, Dark mode, Eye comfort, Adaptive sleep, option to choose from three colour temperatures (cool, default, warm), and the option to change the refresh rate. The 90Hz high refresh rate is one of the highlights of the smartphone and it does make a difference while using it. However, the difference is slight and after a while, you won’t notice the difference at all. 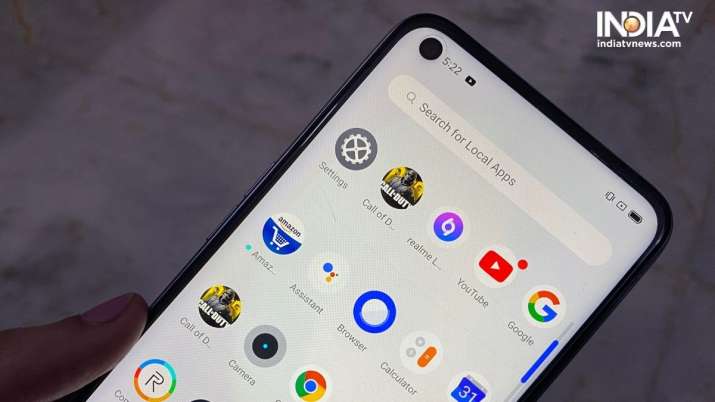 The display is vibrant and well-lit. Watching content on it and using it proved to be more than decent as the colours are bright without losing much of the real tint. There is detailing too but mostly it appears slightly smoothened out. However, this doesn’t really impact the overall performance. Sunlight visibility is quite decent too. It also doesn’t cause problems while viewing in the low or no light. 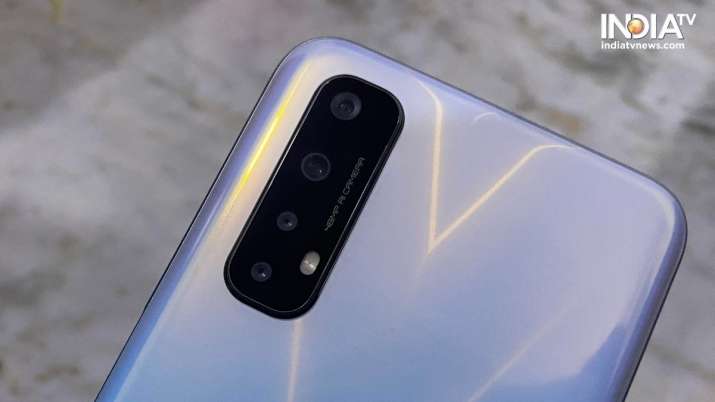 Realme cameras have started to improve and this is one of the things I really like. The rear cameras captured decent images and mostly produced detailed outputs. There is clarity and the images appear detailed. The phone tries to take nature images but ends up giving a pop of vividness to the images. More often than not, the slight pop of bright colours doesn’t appear that bad. The HDR mode works fine too and you can see a balance between the light and dark areas of an image.

The macro mode is decent. As for the depth sensor, it didn’t impress much. It creates a bokeh effect on a certain area of the image instead of the whole background and makes it look like a forced Portrait mode. The ultra-wide lens is able to capture a good amount of area and even details but is prone to colour shifting. The colours will go from bright to warm ones when a wider area is captured. The front camera takes detailed selfies but they are mostly processed and saturated. Apart from this, the details will be lost upon zooming in, which is a downside. Among others, the video performance was decent and there isn’t a lot of hiccups while filming them.

The smartphone is powered by a MediaTek G95 gaming processor and multi-tasks either with the help of 6GB of RAM or 8GB of RAM. There is a 128GB of internal storage option, which can be further expanded with the use of a microSD card. I got to use the 8GB/128GB RAM/Storage variant. 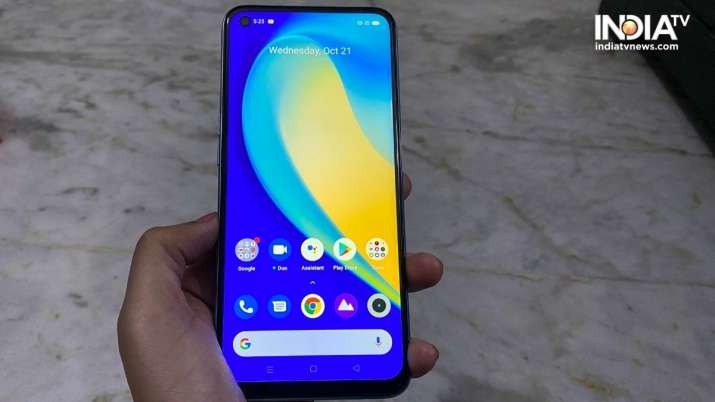 The device is a decent performer in most of the generic daily situations. It does a good job while using various apps, scrolling through the apps, using the internet, watching videos, playing games, or taking pictures. Switching between apps was smooth and the usage was mostly stutter-free. There was mild slowing down when there were plenty of apps in the background but this wasn’t major. Gameplay was more than decent. I played high-graphic game Call of Duty Mobile (CoD) and even other popular titles such as Candy Crush Saga and some word games. The graphics were decent and the gameplay was smooth. The smartphone didn’t heat but felt lukewarm when CoD was downloaded and was being played. There was a battery drop of 2% on 10 minutes of gaming, which was pretty decent. 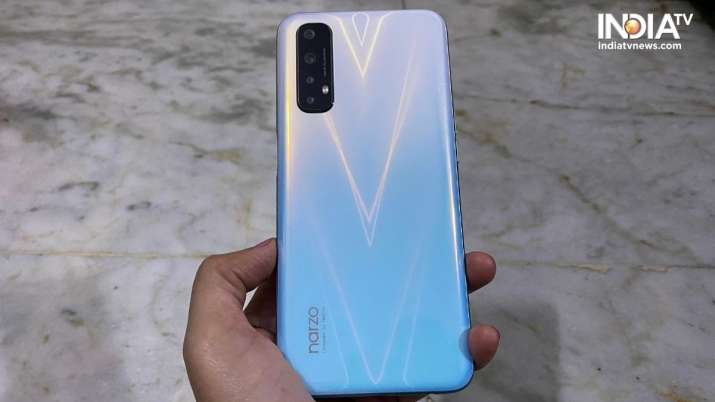 The battery is indeed one of the Narzo 20 Pro’s highlights. It charges fully in about 35 to 40 minutes and will last around 1.5 days, which was pretty decent. On standby, it lasts somewhere between 4 to 5 days. As for the OS, Realme seems to be making changes to the Realme UI skin, which is evident. The UI is clean and comes with lesser bloatware. There are a number of features such as the dark mode, focus mode, DSIE Visual effect, Assistive Ball (much like on an iPhone), and more additions that prove helpful. Browser notifications can be annoying but can be turned off via the Settings menu.

Among others, the fingerprint scanner and the face unlock are snappy and the audio quality is decent. Although, the volume level isn’t loud.

The Realme Naro 20 Pro, which falls under Rs. 15,000 is a device that brings in a lot to the table with a small check. You get above average cameras, a pretty good battery life, noteworthy 65W fast charging, and decent performance. However, the 90Hz refresh rate isn’t impressive and the phone is more or less like the Realme 7 that houses the same processor, 90Hz display, but with lesser 33W fast charging. This creates a sense of confusion. It also competes with the Xiaomi Redmi Note 9 Pro Max with a slightly better Snapdragon 720G processor.

Having said that, the visible UI and camera improvements, clubbed with an impressive fast charging makes it a decent option for the budget.