Realme Buds Air review: Although a copy, it is a budget gem

Realme Buds Air recently arrived in India for Rs. 3,999 and I got a chance to use them. Here is what I think of them:

2019 was arguably the year of truly wireless earbuds! Those who follow the tech world and trends closely know that many tech companies followed the footsteps of Apple and Samsung, and launched for us truly wireless earphones so that listening to music is always convenient and fun. And something good about the ‘other’ truly wireless earbuds was that they are not as expensive as Apple AirPods and doesn’t leave a big hole in our pockets.

One such company to hop onto the bandwagon is Realme, which recently unveiled its pair of truly wireless earbuds called the Realme Buds Air, taking design cues (heavily) from Apple.

Priced at just Rs. 3,999, Realme Buds Air is touted to be the direct competitor of Apple AirPods. But, are they any good? I got a chance to spend some time with them (almost a month) and here is what I think of them:

The Realme Buds Air is a complete copy of the Apple AirPods; the built and the appearance are really the same and differentiating between the two gets difficult from a distance. The case of the earbuds also shares a resemblance with that of the AirPods cove. However, the ‘designed by Realme’ message helps you know the reality. The Realme Buds Air comes in three colour options -- White, Black, and Yellow, and out of the three, the Yellow colour intrigued me. 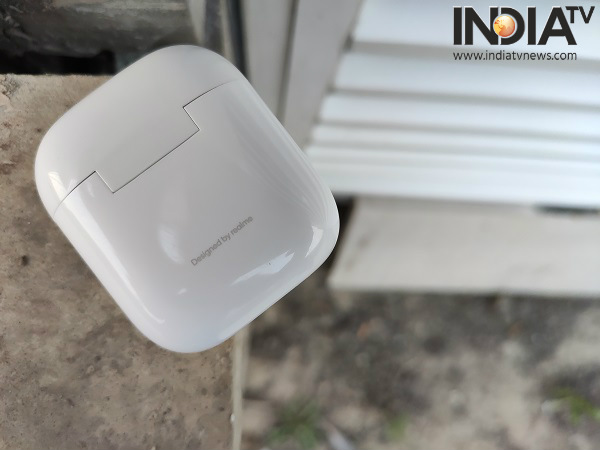 If you leave aside the similarity in design, the Realme Buds Air is portable and compact and easily fits in a pocket. However, the build quality isn’t that great and on a closer look, you will know it comes cheap. 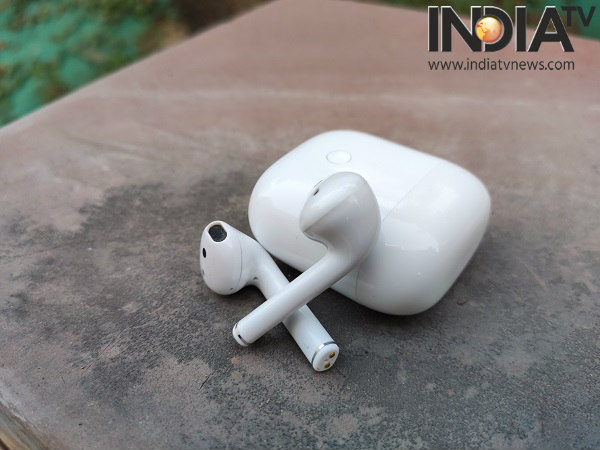 While I like the fact that the pair is tiny enough and can move around with ease, the design clone isn’t something I am a fan of (and many were fooled into thinking it was the AirPods).

Before we get down to how the Realme Buds Air performed, I would like to tell you about the tech specs and features the earbuds carry.

The Realme Buds Air comes with R1 chip and has support for a dual mic. On the connectivity front, the Realme earbuds support Bluetooth 5.0 and GFP (Google Fast Pair) tech. Additionally, the earbuds weigh 4.2 grams, support Qi wireless charging, and are claimed to have a playback life of 17 hours. 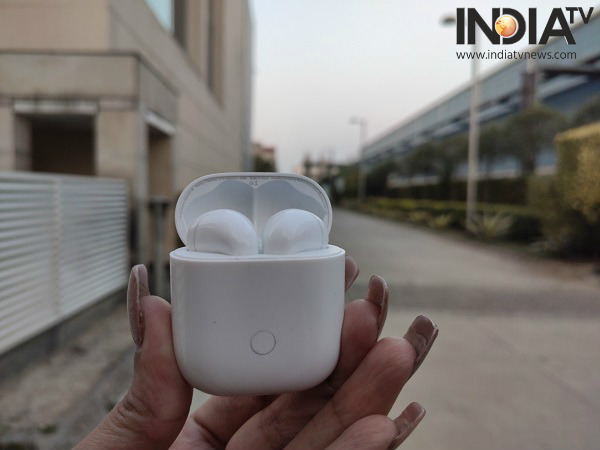 The Realme Buds Air comes with several touch controls; double-to answer a call or play/pause music, triple-tap to skip a song, long press on one side to enable your smartphone’s virtual assistant or end/reject a call, and long press on both sides to exit gaming mode.

The process of using the Realme Buds Air involves the first step, which is to connect it to a smartphone. All you need to do is turn your smartphone’s Bluetooth on, tap on the Realme Buds Air option, and you are good to go on your musical journey. This step gets simpler with the auto-connection feature, wherein you just have to open the case and the earbuds will get connected to your device. Of course, you will have to keep the Bluetooth on. 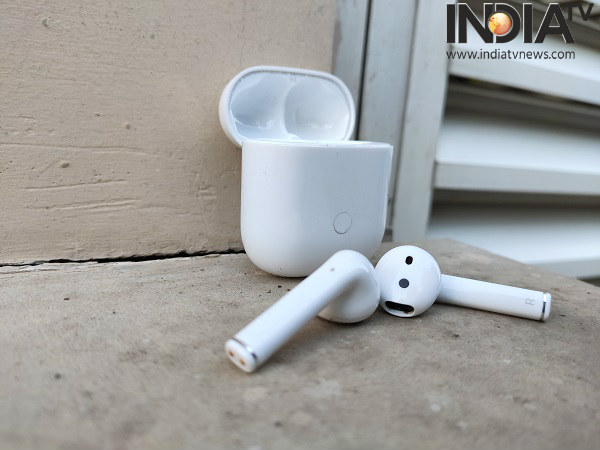 Next up is listening to music and I heard mostly all the genres, every day, on my way to work, on my way home, and whenever I wanted to listen to some. I made the pair my primary earphones and it didn’t disappoint me much. 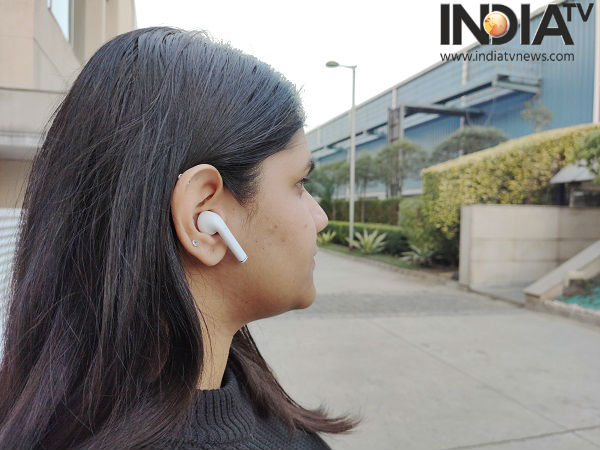 I used the earbuds on both Android and iOS, but mostly on my iPhone 11 Pro. I will be honest, I didn’t expect much from it but its performance was delightful. While initially, it gave more than expected punchier sound, eventually it soothed its way to my ears. From EDM to Punjabi songs, I enjoyed using the earbuds. The Realme Buds Air doesn’t have much bass but scores highly in the treble. Hence, people who are a fan of bass might not like it a lot. 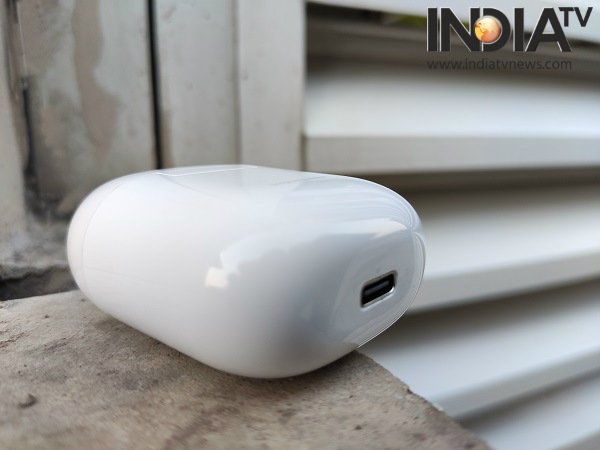 The touch controls were good too, however, they took a while to do the tasks they were meant to do. Additionally, the Wear Detection feature is an impressive inclusion (although it is borrowed from Apple). But, it takes some seconds to stop playing the music, which is slower than Apple AirPods. 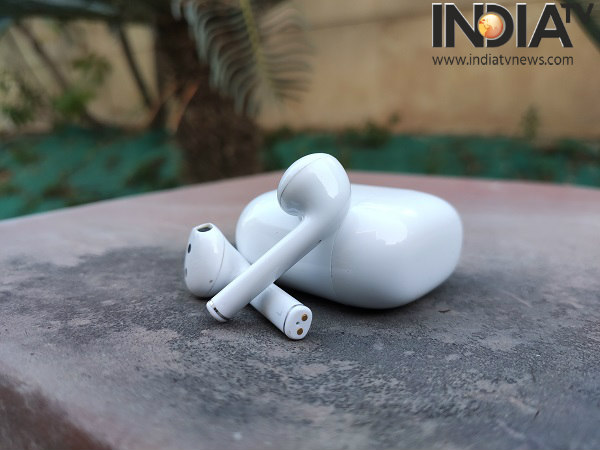 During my usage, there are a couple of things that failed to impress me; on high volumes, the music experience will get annoying and there is sound leakage as well. Noise cancellation works below average and it doesn’t fit comfortably. I used the earbuds while on metro rides and constantly had a fear of losing any one of the earbuds. Each time I used the Realme Buds Air, I had to adjust them every now and then and that wasn’t the discomfort I signed up for.

Having said that, the one thing that impressed me to pieces is the battery life. Realme Buds Air lasted me a lot many days on a single charge. The case charged quickly too, which added onto the amazing battery experience.

Priced at Rs 3,999, the Realme Buds Air brings forth features that expensive earphones offer. However, they are too amateur to compete with Apple AirPods or any high-end earphones for that matter. Nonetheless, The truly wireless earbuds by Realme tries to feed the audience (who likes the budget segment) well and in some way, it did succeed. If someone gives me a budget of Rs. 5,000, I am sure to recommend the Realme Buds Air. 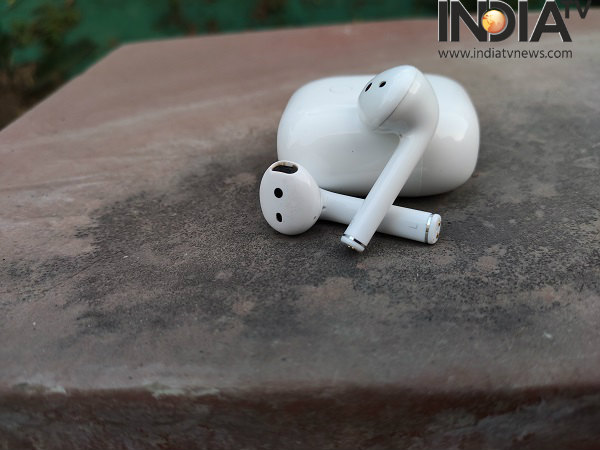 Hence, for the price tag it has, the Realme Buds Air is a decent purchase but you will have to make sure you use them with discretion.