MS Dhoni is one of the most loved players of the game but the love he received from the people of Chennai is beyond words. After almost 13 years, Chennai Super Kings and Dhoni's name are taken in one breath and for Chennai's people, MSD is their "Thala".

Last year, during one of his Cricbuzz discussions, Harsha Bhogle revealed an interesting conversation he had with MS Dhoni after his 20-ball 44 against Delhi Capitals in Chennai. Chepauk had gone berserk witnessing their hero's feisty knock. And the crowd couldn't keep quiet on Dhoni's arrival to receive the Man of the Match trophy. Recalling that Chepauk atmosphere, Bhogle said, "When he came in for that post-match thing, I told him, 'Listen, do you want to start the conversation', because they were chanting 'Dhoni, Dhoni', like they chant 'Sachin, Sachin' in Wankhede. Dhoni replied saying, 'No, no, once you start talking they will stop chanting because they want to hear me.'"

Dhoni is one of the most loved players of the game but the love he received from the people of Chennai is beyond words. After almost 13 years, Chennai Super Kings and Dhoni's name are taken in one breath and for Chennai's people, MSD is their "Thala".

The cool, calm and composed Mahendra Singh Dhoni turned 39 on Tuesday. The birth date of Dhoni - 7/7/1981 has a major significance in his cricketing career as he always donned no. 7 jersey in his career, be it for India or Chennai Super Kings in IPL. Dhoni made his debut for India on December 12, 2004, against Bangladesh and he went to become one of the greatest players to ever play the game. The 39-year-old, who is often considered as one the best captains in international cricket, led India to World Cup glory after 28 years in 2011 at Wankhede Stadium in Mumbai with a six off Nuwan Kulasekara's ball.

Dhoni achieved a lot of success in international cricket but the Indian Premier League remained a significant part of his life. After Dhoni-led the young Indian side to inaugural T20 World Cup triumph in 2007, BCCI decided to start a franchise cricket league in India of 20-over format. Eight teams were announced to be the part of the first season of IPL. In the very first auction of the cash-rich league, Dhoni went for a whopping 1.5 million dollar to Chennai Super Kings, which was the highest in the opening season.

Here's to our Lion King, enga #Thala @msdhoni, the only one, the super one! #HappyBirthdayDhoni #WhistlePodu 🦁💛 pic.twitter.com/h7OshoAIMu

Dhoni gave his all to the Chennai franchise and made it one of the most successful teams in the league's history. Dhoni was appointed as the captain of CSK after the auction proceedings. Dhoni went on to guide CSK in the play-off stages of every edition of the tournament they played. The feat achieved by only the Yellow Army. He led them to three-IPL title reign.

The CSK fans also treat him with the utmost respect as whenever Dhoni enters to bat at Chepauk the atmosphere is the same as the Sachin Tendulkar at Wankhede or Sourav Ganguly in Eden. The hysteria behind Dhoni is so high in Chennai that the practise sessions of the franchise are almost jam-packed with fans wanting to get a glimpse of their hero. He was born in Ranchi but people of India associate him more with Chennai, 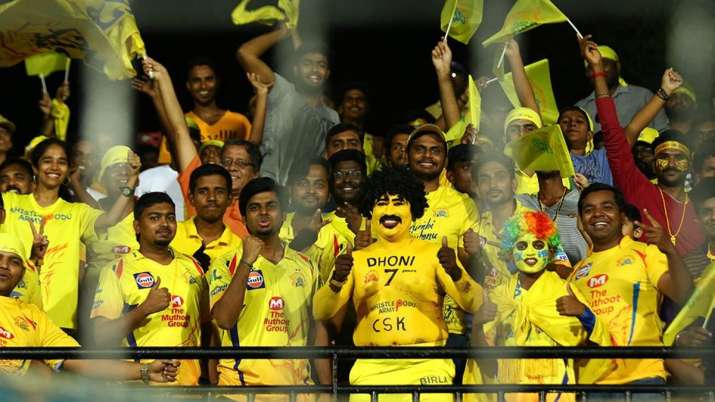 Dhoni's success story in IPL was so special that every franchise owner wanted him in his team at one stage or another. Bollywood superstar Shah Rukh Khan, who is the co-owner of Kolkata Knight Riders franchise once said he is ready to sell his pyjama for buying Dhoni if he is available for auction.

In the opening edition of IPL, the former India captain led CSK to final of the tournament where they suffered a 3-wicket heartbreak defeat from Shane Warne's Rajasthan Royals on the last ball of the match. After the 2007 World Cup triumph, the 2008 IPL campaign made a solid image of Dhoni as a captain. The 39-year-old slammed 414 runs in 16 matches in that season.

In the second edition, the cash-rich league moved to South Africa due to Lok Sabha elections in India. Dhoni didn't bother about the change and led Chennai to knock-out stages for the successive time. This time it was Anil Kumble's Royal Challengers Bangalore who eliminate them in the semifinals. Despite IPL being shifted to SA, Dhoni form with the bat was a total hit with 332 runs in 14 games.

The 2010 IPL brought the best out of Dhoni's CSK as they won their first IPL title with a 22-run win over Sachin Tendulkar's Mumbai Indians. Dhoni was the guiding light for CSK in that season as he played the role of a finisher for them. He scored 287 runs in 13 matches at a strike rate of 136.66.

Riding high on confidence after 2011 World Cup triumph, Dhoni had one of his best IPLs with bat in the fourth edition. The CSK captain slammed 392 runs in 16 games at an astonishing strike rate of 158.70. Dhoni continued his success story in 2011 by defending IPL title with a comprehensive 58-run win over Daniel Vettori's RCB. 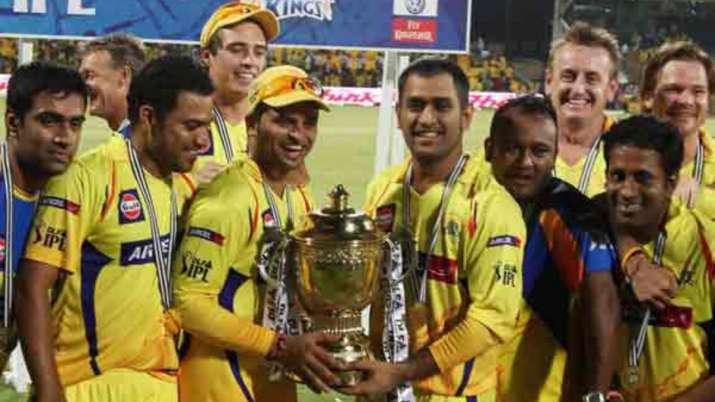 The MS Dhoni and CSK saga continued for the next few seasons as he guided them to knock-out stages but they didn't lift the trophy again till 2018.

In 2016 the eternal pair of CSK and Dhoni was broken for two years as the Chennai franchise was banned for two-years after involvement found in match-fixing.

Dhoni was picked by Rising Pune Supergiants in the 2016 edition, things didn't work for him there. The Pune franchise finished 7th on the points table with 10 points in 14 games. It was the first time when Dhoni's team was not part of the play-offs of the tournament.

The things went bitter for Dhoni in the next IPL as he was replaced as captain by Steve Smith before the start of the season. RPS achieved success under Smith's leadership as they were runner-ups of the tournament, but Dhoni had a dull season with 290 runs in 16 matches at a strike rate of 116.

The 2018 season brought the vintage Dhoni back, as his beloved franchise Chennai Super Kings returned in the IPL after serving a 2-year ban. With a team which was considered a Daddy's army because of the age factor, the emotional MSD powered them to third IPL title reign. Chennai beat Sunrisers Hyderabad in the final by 8 wickets. Dhoni was at his very best throughout the tournament as he slammed 455 runs in 16 matches at a blistering strike rate of 150.66. 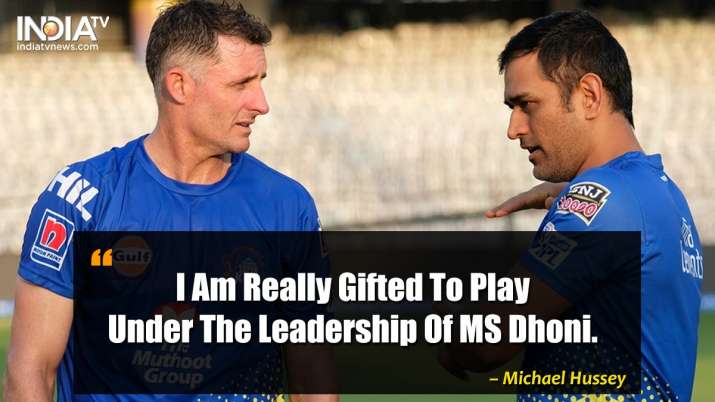 Dhoni continued his magic in the 2019 edition too but it faded away in the final against Mumbai Indians as the defending champions suffered 1-run defeat in one hell of a finale clash. Dhoni slammed three half-centuries in the tournament and scored 416 runs in 16 matches in 2019 season.

Due to coronavirus pandemic the 13th edition of IPL was indefinitely postponed which was supposed to be Dhoni's comeback in cricket after taking a hiatus from it. Dhoni last played for India in 2019 World Cup where India suffered heartbreak defeat in semifinals to get knocked out. After that Dhoni made him unavailable for the selection in the Indian team and 2020 IPL was his way towards a comeback in international cricket.