A mother and her six children died when a fire destroyed their home early Saturday in central Mississippi, authorities said.

A mother and her six children died when a fire destroyed their home early Saturday in central Mississippi, authorities said. The father was the lone survivor of the 12:30 a.m. blaze in Clinton, a city of about 26,500 people just outside the capital city of Jackson. He tried unsuccessfully to save family members and suffered smoke inhalation, burns, cuts and bruises, city spokesman Mark Jones told The Associated Press.

He was taken to a local hospital but “wanted to stay at the scene,” Jones said. 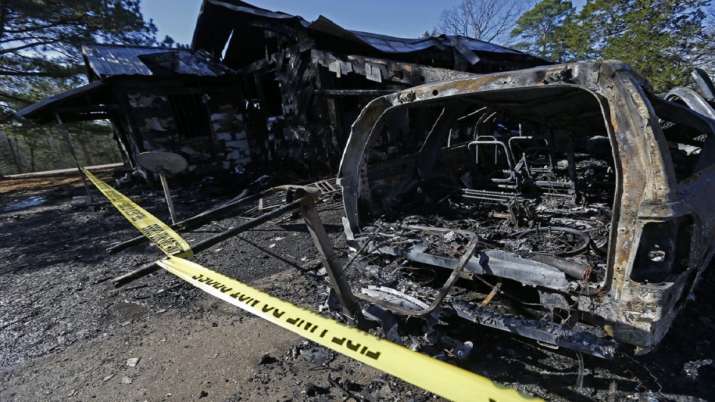 Brittany Presley was an elementary school teacher, the Canton Public School District said in a statement on Facebook.

“Mrs. Presley was a team leader who was a good, nurturing, and loving teacher who gave her all for her students. Her compassionate heart and giving spirit will forever live on in the hearts of the countless lives she touched,” the district wrote.

The scene at the house later in the day was one of devastation. The charred remains of the single-story wood frame house partially covered with melted siding could be seen along with the remains of an SUV in the burned-out garage. Clothes, toys and furniture were strewn on the yard in the aftermath of firefighters’ fighting the blaze. Burglar bars could be seen in the windows or, in some cases, on the lawn. It was not immediately known if they had hindered escapes from the fire.

Nearby, under a tree, someone had left a bouquet of carnations.

The state Fire Marshal’s Office is investigating the cause of the fire, Jones said. He said the house was built around 1951. He had no information on whether it was equipped with smoke detectors.

Jones said the family’s church had established a GoFundMe page to raise money for medical and funeral expenses.