Cyclone Titli hit the Gopalpur coast of Odhisha and it was accompanied by winds blowing at a speed of 140-160 km/hr.

11:00 am: Government and authorities are on alert. It is the need of the hour for everyone to come forward. I am confident that this crisis will be handled in a proper way with everyone's support: Union Minister Dharmendra Pradhan

08:01 am: Cyclone Titli crossed near Palasa in Srikakulam district of Andhra Pradesh

07:03 am: Many shops destroyed in Odhisha due to the high speed of the wind accompanying Cyclone Titli

#Visuals from Ganjam's Gopalpur after #TitliCyclone made landfall in the region at 5:30 am today. 10,000 people from low lying areas had been evacuated to govt shelters till last night. #Odisha pic.twitter.com/HEYog0DNe7

06:40 am: Heavy rains reported from Vijayanagaram and Visakhapatnam areas as well

06:30 am: Heavy rainfall in Srikakulam of Andra Pradesh after landfall of Cyclone Titli

06:22 am: As a precautionary measure, the Odisha government had already evacuated 3 lakh people to safer places

06:18 am: The cyclone is accompanied by winds blowing at a speed of 126 kilometer/hour

Lakhs of people have been evacuated and shifted to safer places in Odisha as the state braces to face Cyclone Titli which has intensified into a 'very severe storm'.

Around 3 lakh people have evacuated to safer places the state, Odisha Chief Minister Naveen Patnaik, who held a meeting with top state officials to discuss preparations made by different agencies to tackle the situation. Stressing on the government's 'zero casualty' disaster management policy, Patnaik said, "The state government has been closely monitoring the situation. The district collectors are already on high alert."

The government has directed schools, colleges and other educational institutions to remain closed on Thursday. Fishermen have been advised not to venture out in the sea.

The Centre has rushed nearly 1,000 NDRF personnel to Odisha, Andhra Pradesh and West Bengal as Cyclone Titli made its way towards the coast, besides issuing directions for storage of food, fuel and maintaining power supply and telecommunication lines. 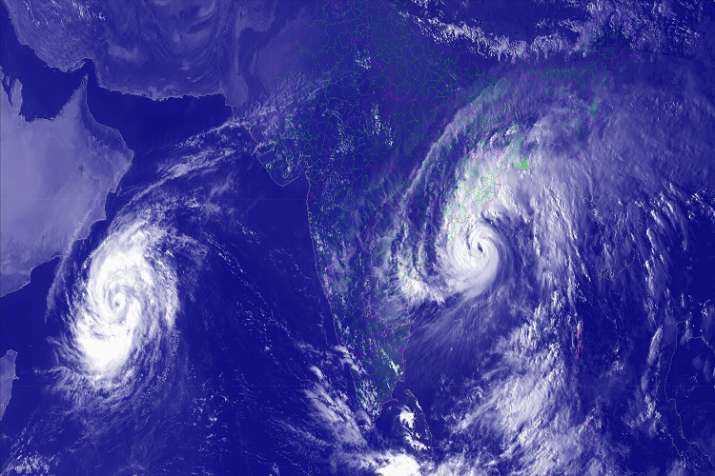