77% Indian parents expect to live with sons, and not with daughters, in old age

Almost 77% Indian parents expect to live with their sons in old age while 7% want to live with their daughters, according to the India Human Development Survey (IHDS), conducted jointly by researchers from University of Maryland and National Council of Applied Economic Research (NCAER), New Delhi.


These are the findings from the IHDS-2 (2011-12) data-set covering a representative sample of 41,554 households across 33 states and union territories in both rural and urban areas.

In Haryana, the state with India’s lowest child sex ratio (834 females per 1,000 males), 90% of respondents said they would prefer to live with their sons in old age rather than their daughters.

Maharashtra was next, with 85% of parents saying they expected support from sons.

Sons vs daughters: Many Indians want at least one daughter

While as many as 60% said they ideally wanted one son, 26% said they wanted two sons. 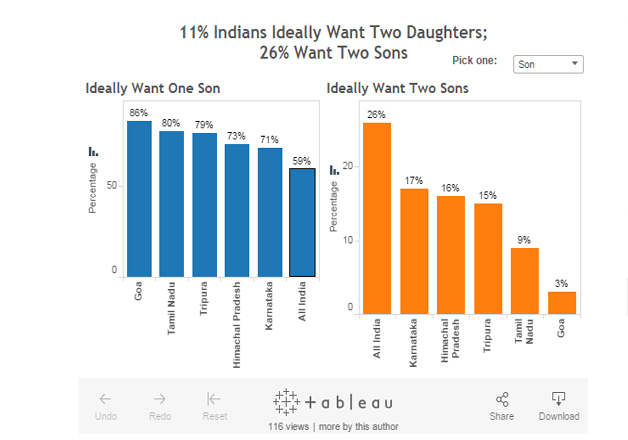 While more people (73%) want at least one daughter, when asked preferences for an extra child, only 6% said they wanted daughters.

The survey was based on indirect questions to test people’s attitudes. Some questions asked: How many sons or daughters would they ideally prefer to have? If they were to have an extra child, what sex would they prefer?

IndiaSpend plotted the preference for sons as the extra child with the sex ratio across Indian states. 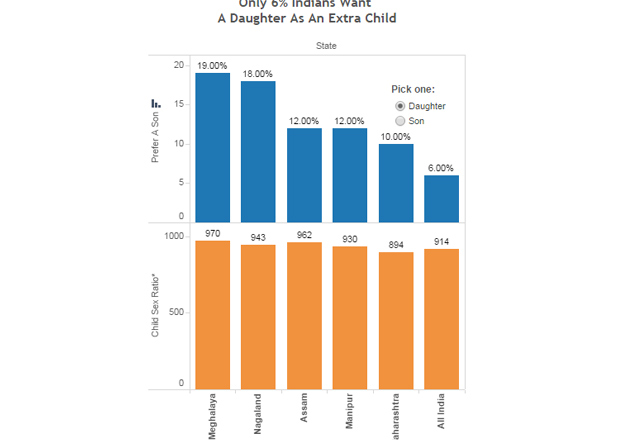 Sons as support for the declining years

The main reason Indian parents prefer sons is that Indians expect to depend on them in their old age.

More than three-fourths (77%) of the respondents said they expect to live with their sons when old. Only 16% Indians said they would consider living with their daughters. 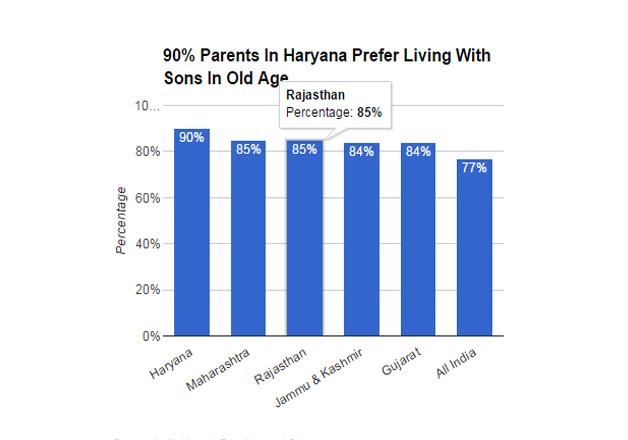 States in the south see higher percentages than national average.

Tripura has the highest percentage of parents (72%) preferring to live with daughters in their old age, followed by Tamil Nadu (17%). 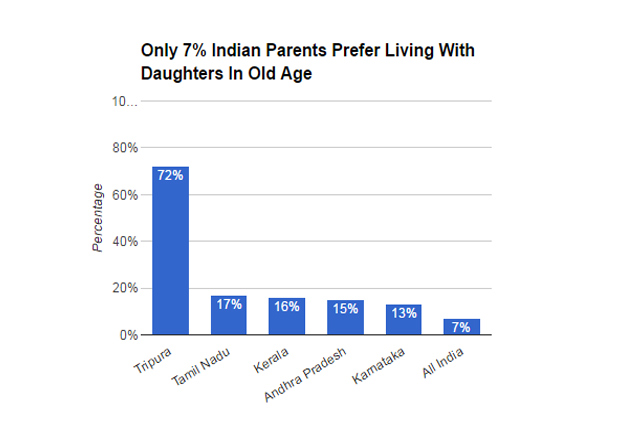 The perception that parents can live with daughters has improved over the last seven years: Asked if they would consider living with daughters, 14% said yes during a previous survey in 2004-05; 16% said yes in 2011-12. 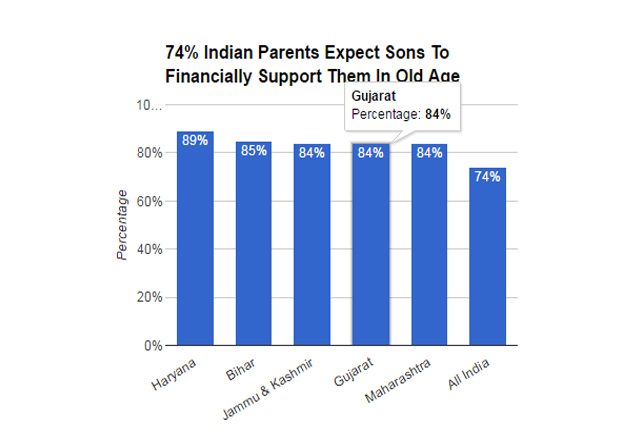 As many as 74% of Indians expect sons to support them financially during old age. Only 18% said they may consider taking money from daughters in old age. 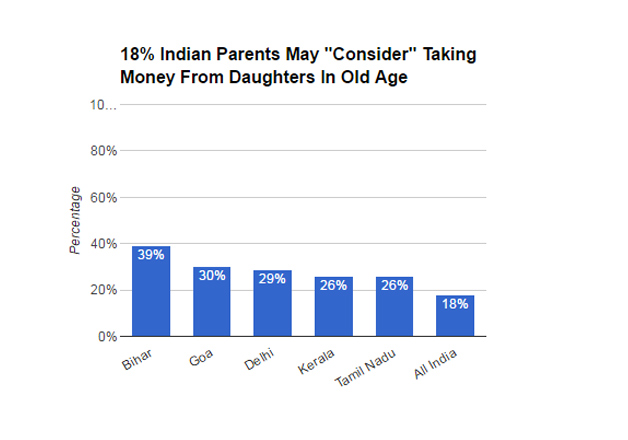