Deepika Padukone was wearing the same Chloe dress she wore at IIFA Awards 2017 earlier this year.

Deepika Padukone always puts her most fashionable foot forward and her fashion game is never out of track at any point. Whatever she wears, her athletic built and dimpled-smile complements every look gracefully. The actress never fails to turn heads whenever she steps out of her house, even if she’s repeating her dresses.

Deepika Padukone was recently chilling around with her Bollywood friends at Shah Rukh Khan’s birthday bash in Alibaug. She was spotted wearing a stylish white lace dress from Chloe. But looking at her pictures, we were stuck by a mild déjà vu. We’ve seen this dress before. Can you tell where? Stress your mind a little more. Let us take you back to IIFA Awards 2017. The gorgeous actress posted a sun-kissed picture of herself in a white lace dress. She was looking an epitome of grace, no doubt. And then she pulled the same dress at SRK’s party with equal panache.

It’s not the first time that she repeated her outfits. In fact, in a recent while, Deepika Padukone was seen partying with Sidharth Malhotra, Sonakshi Sinha and Aditya Roy Kapur in Mumbai. She was wearing a black top with golden pants. The dressed strikingly resembled to the one she wore at Shahid Kapoor’s birthday party earlier this year. 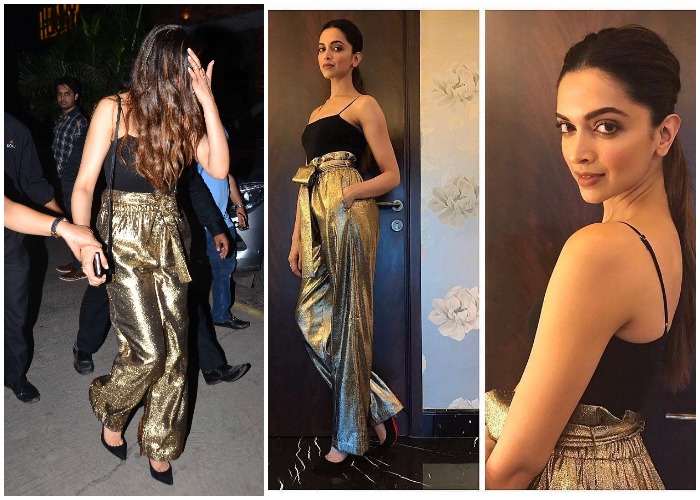 In fact, style diva Sonam Kapoor also repeated her dresses like it was the coolest thing to do and we can’t help but appreciate her for laid-back sense of fashion.

She wore an Anamika Khanna jacket for Filmfare Awards and repeated the same outfit for another fashion event like it was no big deal. 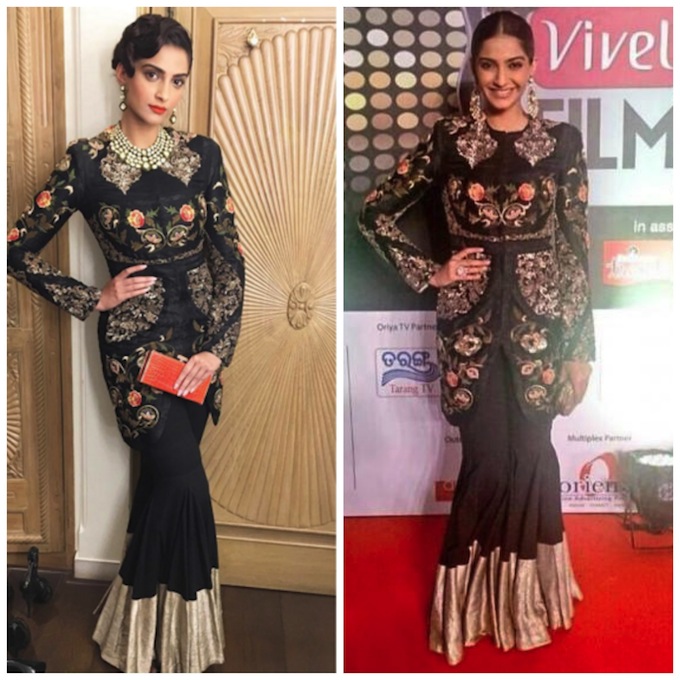 There are many other style divas in Bollywood who repeat their outfits and come out even chicer the second time.