Actress Munmun Dutta who plays the role of Babita Ji in the show Taarak Mehta Ka Ooltah Chashmah has denied being on TikTok with her real and reel names. Sharing the screenshots of various fake accounts, she asked fans to report against them.

The popular daily soap Taarak Mehta Ka Ooltah Chashmah has been entertaining the audiences for more than 11 years now. The actors and actresses of the show enjoy their own popularity so much so that the fans want to know each and every detail about them. Not only this, they even have a huge following on various social media platforms. Talking about actress Munmum Dutta who plays the role of Babita Ji in the show, she has as many as a whopping 2.8 million followers on Instagram where she updates fans about her personal and professional life. She is also active on Twitter however, despite the TikTok being the latest fad, she isn't on the video-sharing platform.

Munmun recently updated her fans about her fake TikTok accounts by sharing a few screenshots of the accounts which have been made using her real and reel name. Alongside she wrote, "If I decide to come on TikTok, I will let you know first here. Till they stay away from fake ones."

ALSO READ: Taarak Mehta Ka Ooltah Chashmah: Are Sonu and Goli dating each other? Look what Palak Sidhwani has to say 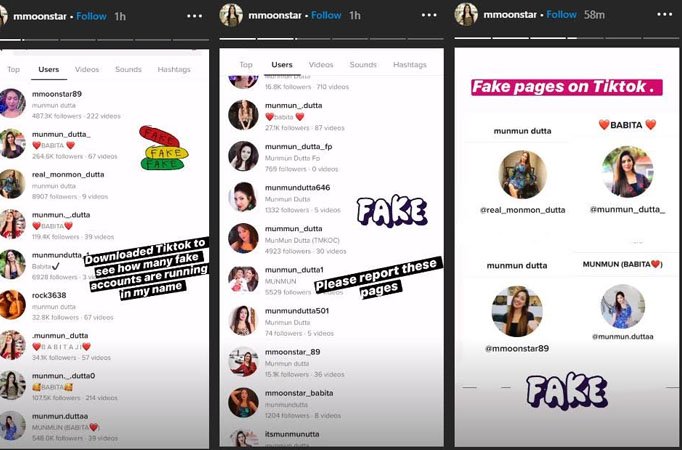 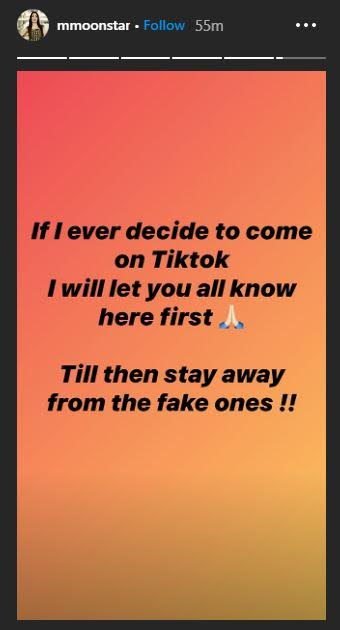 Meanwhile, have a look at some of her Insta posts here:

Talking about Munmun in the show, fans are in awe of the chemistry that she shared with Jethalal.

Coming to the shooting of the show, it has been halted due to the outbreak of Coronavirus. Television, as well as Bollywood celebrities, are these days observing self-quarantine at home.