Sidharth Shukla and Shehnaaz Gill’s music video 'Habit' is winning fans' hearts. The song has created a massive buzz and impressed fans with Sidharth and Shehnaaz, fondly called #Sidnaaz's amazing chemistry. Sung by Shreya Ghoshal and Arko Pravo Mukherjee, the song is an ode to the late actor, who breathed his last on September 2. It is not just Sidharth's fans who are heartbroken to watch him on-screen for the last time but his friends from the industry too.

Taking to the Instagram, actress Hina Khan lauded the song and expressed her hearty feelings about the same. She hared a picture of Sidharth Shukla from her stay in Bigg Boss 13's house. In the caption, Hina wrote, "They say music is transcendent. Let’s make this song like a bridge of music from here to the beyond. He only cared for what’s genuine and real. Let’s all make this into a hit. A token of our love for the real and genuine soul he was. Keep smiling from up there Sid." 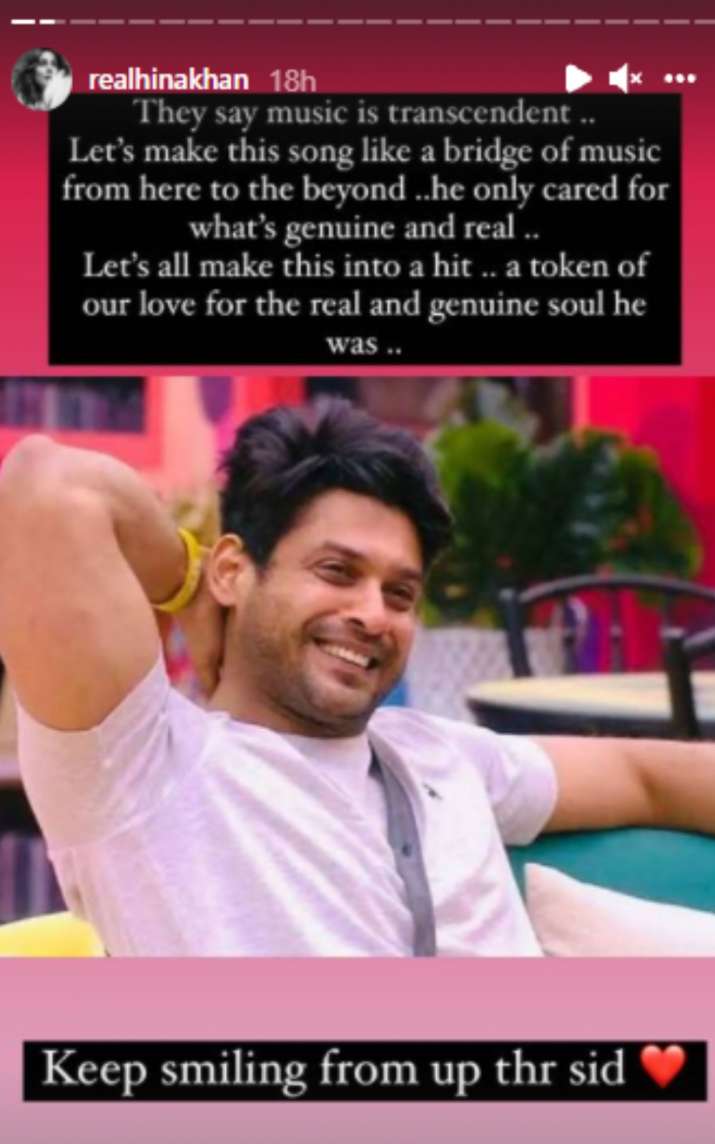 The music video of 'Habit' features Sidharth and Shehnaaz's shots from their last shoot together in Goa. The song was supposed to release on October 21 but the makers released it a day ahead on the demand of the fans.

The song was originally titled Habit but the makers decided to call it 'Adhura' after Sidharth Shukla's death. Soon after they announced the same, fans claimed that Sidnaaz's love story is not 'adhuri' (incomplete). So the makers changed the name again to Habit.