Asha Negi on break up with Rithvik Dhanjani: He has moved on, I have moved on

Popular television actor Asha Negi and Rithvik Dhanjani met on the sets of their show Pavitra Rishta and fell in love. The duo dated for six long years before calling it quits last year.

Popular television actor Asha Negi and Rithvik Dhanjani met on the sets of their show Pavitra Rishta and fell in love. The duo dated for six long years before calling it quits last year. Their fans were very upset to know about their breakup. Asha Negi, who be soon seen in the web show Khaabon Ke Parindey, revealed that it's been a year and the duo has now moved on. She also stressed that Rithvik and her are still friends and reach out to each other if they want to.

Talking to Pinkvilla, Asha Negi said, "It’s good. We both are on good terms and whenever we want to talk to each other, we want to say or convey something to each other, we do that and it’s all normal. He has moved on, I have moved on. It has been more than a year now, we all should move on."

She added, "You want the other person to be happy, healthy and be at the top, successful… I think that’s the most important thing. I think that is great. We both want the best for each other. That is something which is beautiful, which should be there."

While Asha and Rithvik did not publicly announce their breakup, the duo shared cryptic posts which hinted at things falling out. Rithvik took to his Instagram handle where he posted two stories which were love notes of 'unconditional love' and why he cannot 'go back to normal.' The first picture had the quote, "To know love is to know how to give. Unconditionally. There is no greater wisdom than unconditional love. The yoga of love" while the second one read, "Nothing should go back to normal. Normal wasn’t working. If we go back to the way things were, we will have lost the lesson. May we rise up and do better." 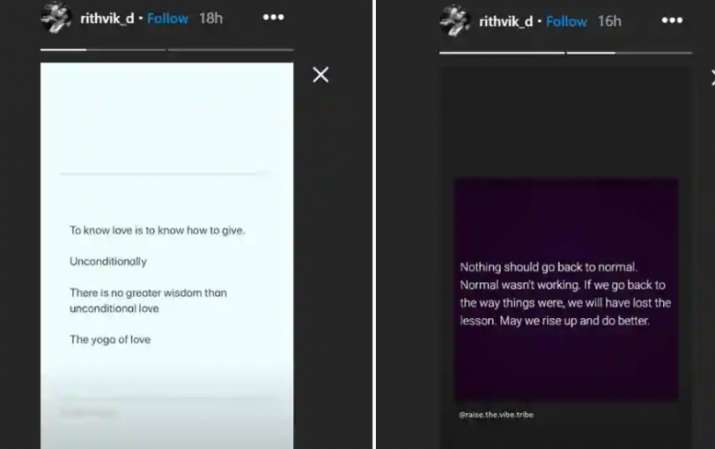 Meanwhile, Asha shared a picture of herself and captioned it as, "चाँद तारों को छूने की आशा..आसमानों में उड़ने की आशा दिल है छोटा सा..छोटी सी आशा।" She even shared a quote on her Instagram story that reads, "Hey quick question. What the f**k is going on?" 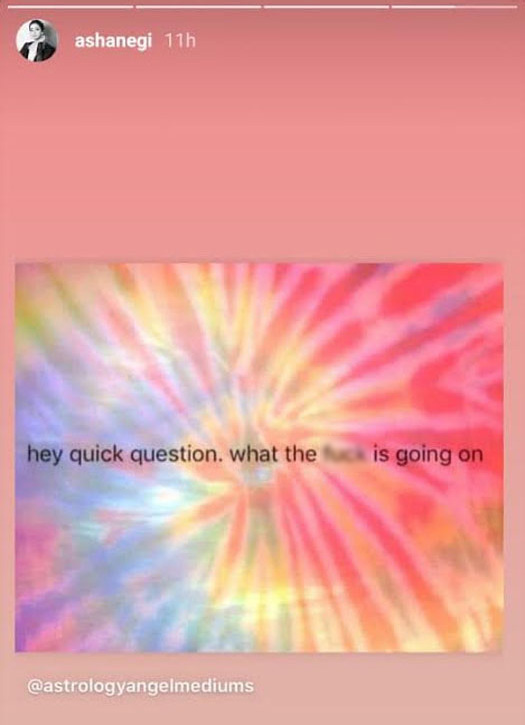 Rithvik and Asha participated in the dance reality show Nach Baliye 6 in 2013, in the same year when they announced their relationship to the world.