Bigg Boss 11 is over for a month now, but the couple formed on the show have upped their dating game by several times. Bandgi Kalra and Puneesh Sharma met on the reality show and instantly hit off. Just like every season, this season of Bigg Boss also saw a love couple taking shape in the show. While most of the people dubbed it as a fake relationship, Bandgi Kalra and Puneesh Sharma are undeterred by their opinions. Talking to media, the couple even revealed their Valentine’s Day plan. But ahead of the day of love, Bandgi-Puneesh were seen partying hard with Rishta Likhenge Hum Naya actor Suyyash Rai.

The gorgeous Bandgi Kalra shared a picture with her boyfriend Puneesh and TV actor Suyyash Rai on her Instagram. She wrote, “These happy faces. last night was super fun.”

She also shared some videos and pictures of her party last night in her Instagram stories. In one of the videos, she’s seen with her beau Puneesh Sharma. 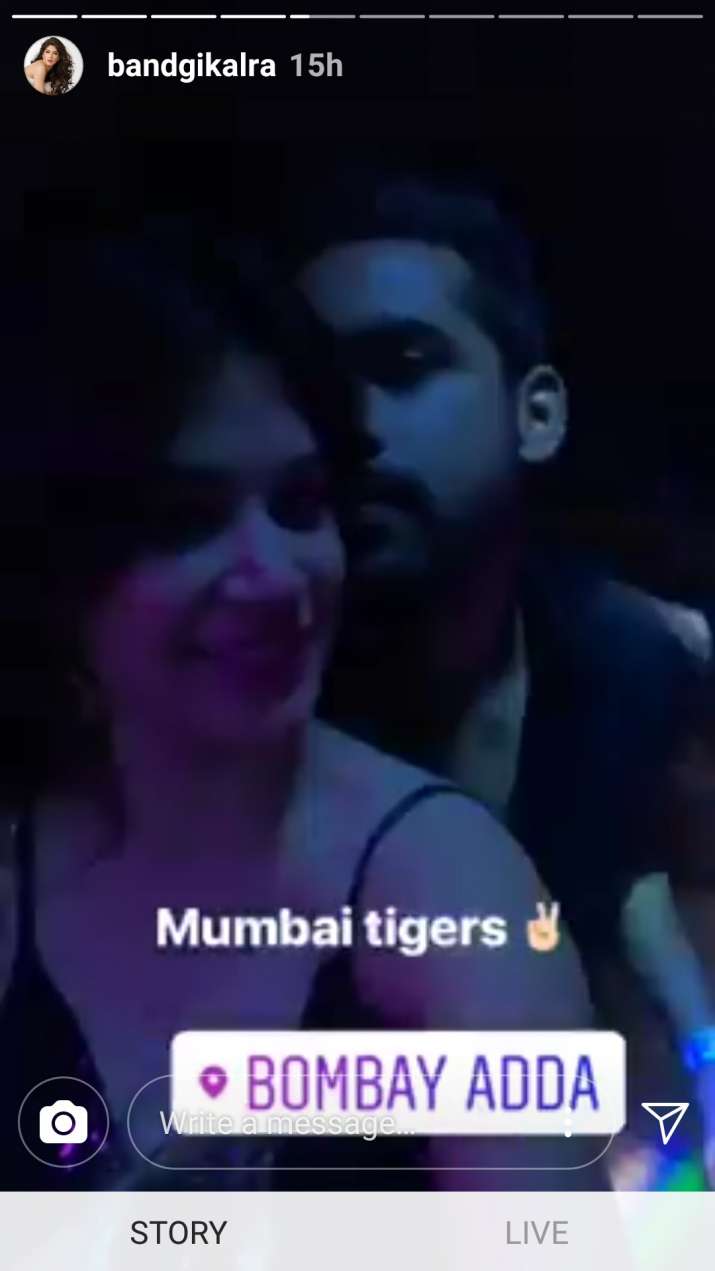 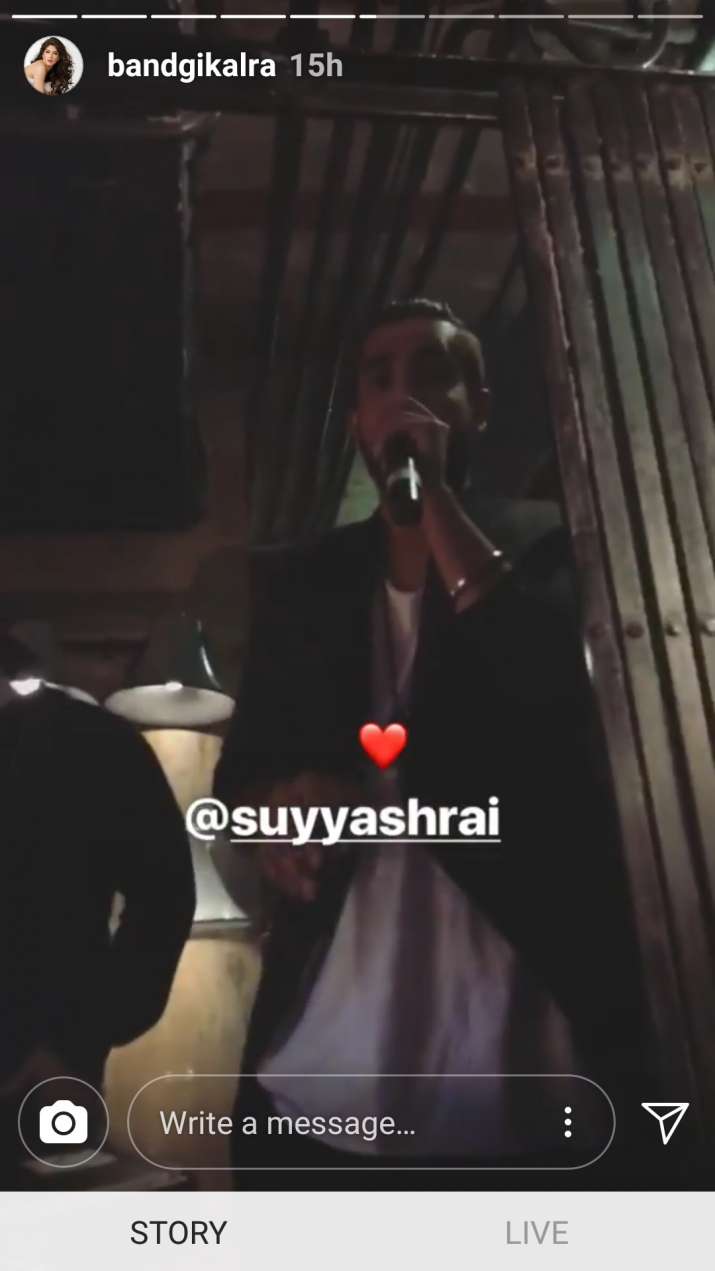 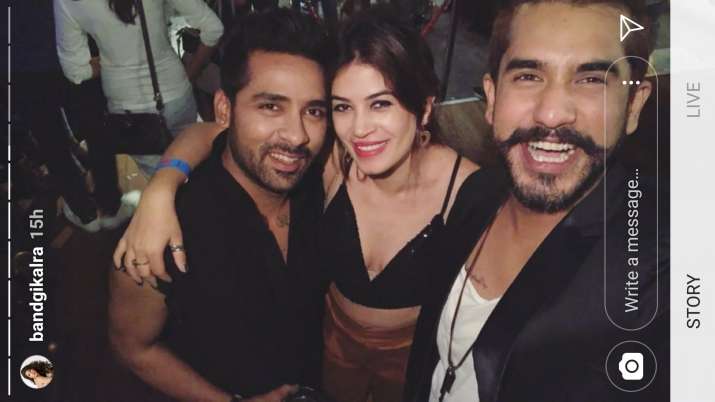 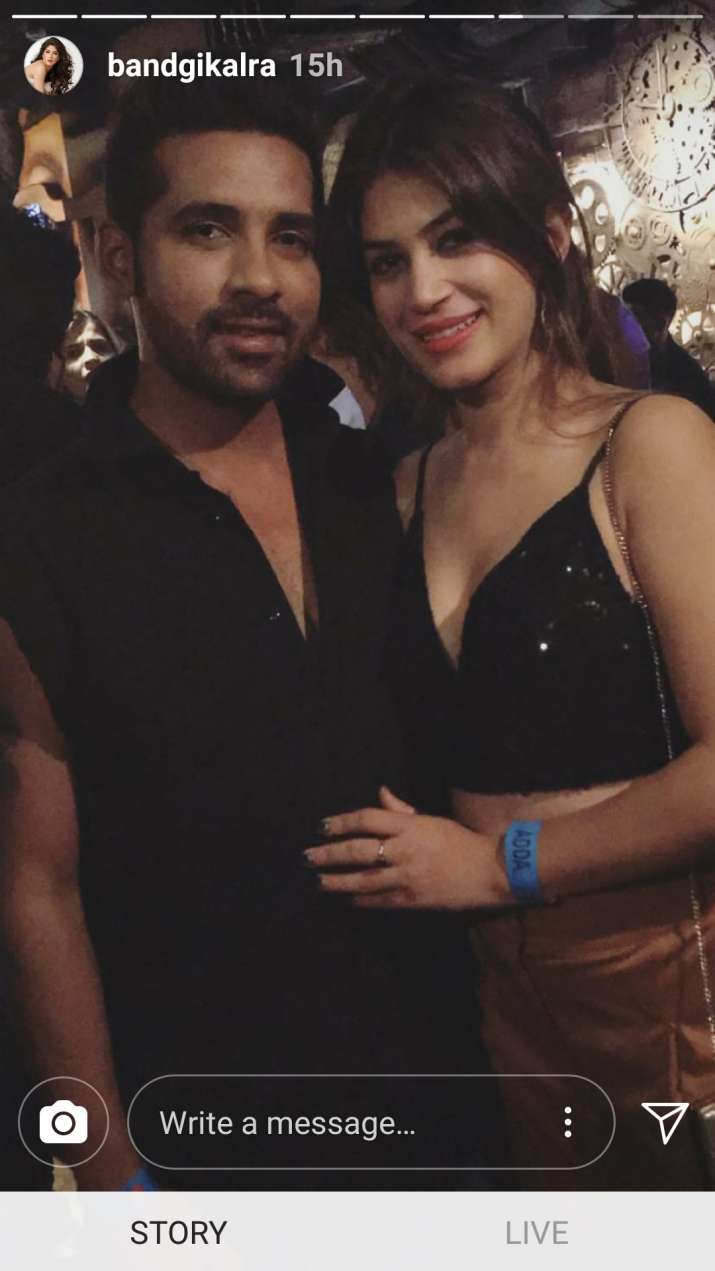 Puneesh Sharma also shared the videos from the gala night.

Recently, there were reports doing rounds on internet that the couple was living together in an apartment and because of their ‘inappropriate behaviour’, they have been kicked out of the house. According to the reports, Bandgi Kalra and Puneesh Sharma were partying and got too drunk. In their tipsy condition they created a scene in the society. Thus, an immediate action was taken and the lovebirds were ask to leave the house.

However, Bandgi Kalra quashed those rumours, calling them baseless. She confirmed that she is not living in with Puneesh Sharma. Puneesh, on the other hand, also shunned the reports.