Sophie Turner on Priyanka Chopra's stardom in India: They worship her over there

Sophie Turner even called Priyanka Chopra the ''biggest thing in India right now''. Do you agree?

Priyanka Chopra was recently showered with praises by her sister-in-law and Games of Thrones actress Sophie Turner. In an interview with Elle US, Sophie went overboard in her appreciation for the Bollywood actress. She also opened up on being a part of the Jonas family and talked about getting two 'built-in girlfriends' in sisters-in-law Priyanka and Danielle Jonas.

Talking about Priyanka's stardom, Sophie said, ''When we went there for her and Nick’s wedding, we were treated like royalty. They worship her over there''.

@sophiet On @priyankachopra's back "this is what u have to do for sister in laws these days" No wonder @nickjonas Fell for my generous queen. . . #priyankachopra #nickjonas #nickyanka @priyankachopra #priyankanickengagement #love #bollywood #hollywood @nickjonas #quantico @sophiet #baywatch #newyork #nyc #la #losaangeles #makeup #hair #eyes #nyfw #nyfw2018 #sophieturner

A post shared by Imperfect Perfections (@priyankachopra_globe) on Nov 4, 2018 at 7:47am PST

“It’s kinda crazy. But she’s just the nicest person, and they live, like, 10 minutes away. And even though Kevin and Danielle live in New Jersey, we see them all the time. It’s like we’re all one big family, because the boys are best friends,” Sophie added.

So proud of this fam. Congratulations @jonasbrothers you guys crushed it today. #grammys

Sophie and her singer husband Joe Jonas attended Priyanka and Nick's wedding in Umaid Bhawan, Jodhpur in December 2018. The royal wedding had all the Indian ceremonies including mehendi and sangeet. The wedding grabbed eyeballs from across the globe for being an extravagant affair. 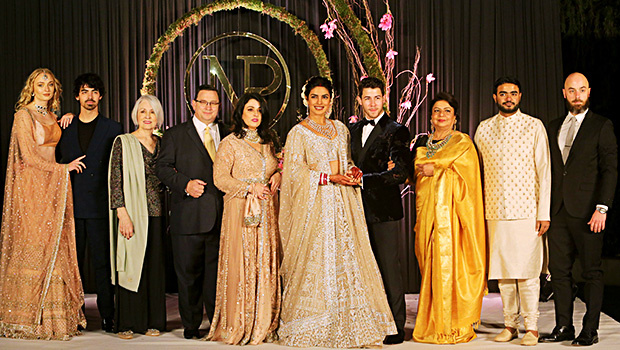 For the unversed, Priyanka will next be seen in Netflix film titled The White Tiger, co-starring Rajkummar Rao.