After girlfriend Gabriella Demetriades, actor Arjun Rampal joined the interrogation at Narcotics Control Bureau (NCB) office in Mumbai on Friday. The actor was summoned to appear before the agency on Wednesday soon after his house was raided on Monday.

After girlfriend Gabriella Demetriades, actor Arjun Rampal joined the interrogation at Narcotics Control Bureau (NCB) office in Mumbai on Friday. The actor was summoned to appear before the agency on Wednesday soon after his house was raided on Monday. The actor arrived wearing a white shirt and black pants and also carried a few documents. On the other hand, Arjun's girlfriend Gabriella has been questioned by NCB on Wednesday and Thursday. The South African model was interrogated for over six hours on both days. The couple is being questioned as part of the NCB's ongoing investigations into the Bollywood-drugs mafia nexus which is under a scanner for the past three months after actor Sushant Singh Rajput was found dead in June.

Arjun and Gabriella's summons came in the wake of the October 19 arrest of Gabriella's brother, Agisialos Demetriades in a drug-related case.  It was alleged that he was in touch with drug peddlers. On Monday, the NCB had carried out a search at Rampal's residence. The NCB had seized electronic gadgets like laptops, mobile phones and tablets during the search at Rampal's residence and questioned the actor's driver. 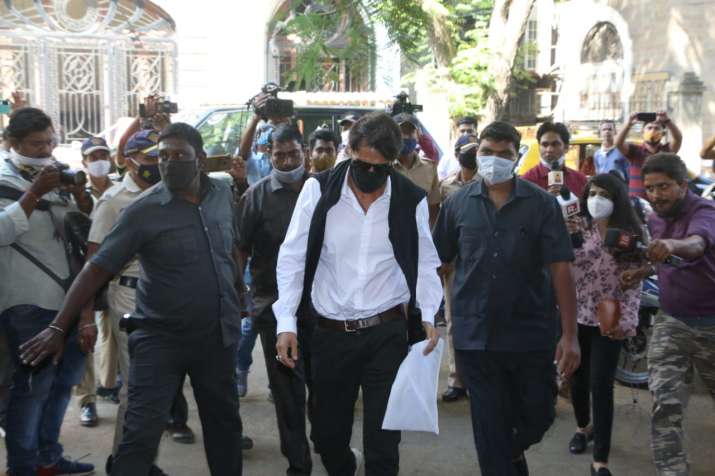 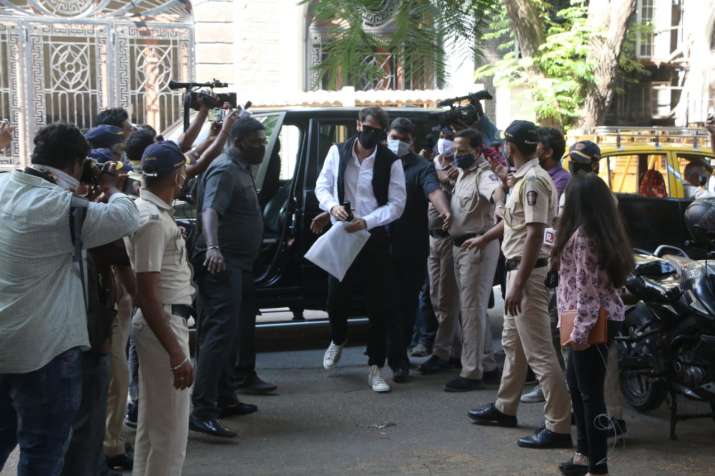 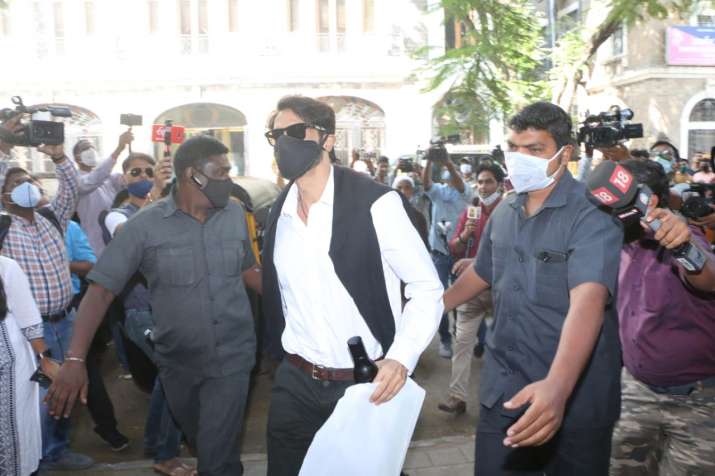 Also, a day before the raid, the NCB had arrested Bollywood producer Firoz Nadiadwala's wife Shabana Saeed after ganja was allegedly found at their residence in suburban Juhu. After recording Shabana Saeed's statement, she was placed under arrest and was later granted bail. The NCB said it had seized drugs worth Rs.3.59 lakhs from his home, other locations and from at least four drug peddlers.

The NCB swooped on the Nadiadwala's Juhu home and other locations to recover 717.1 gms Ganja, 74.1 gms Charas and 95.1 gms MD (commercial quantity), besides another 10 gms ganja from a peddler Wahid A. Kadir Shaikh, alias Sultan.

Besides Gabriella's brother Agisialos Demetriades, at least 20 persons, including actress Rhea Chakraborty and her brother Showik, several narcotics suppliers, drug peddlers have been arrested while some Bollywood personalities have been questioned. Rhea, however, had obtained bail and Showik has filed a fresh bail plea in the high court.