Natasha is celebrating her birthday today and beau Varun Dhawan made the day even more special by sharing a love-filled post for her amid the lockdown.

That Varun Dhawan and his girlfriend Natasha Dalal make for an adorable couple is a fact. The October actor made his relationship public when he appeared on Karan Johar's chat show Koffee With Karan. Natasha is celebrating her birthday today and beau Varun Dhawan made the day even more special by sharing a love-filled post for her amid the lockdown. Sharing some adorable picture, Varun Dhawan wrote on Instagram, "Happy birthday nata. I choose you over the ufc".

Meanwhile, Varun Dhawan on his birthday on April 24 shared a screenshot of a video call to his Insta’s story, wherein Karan Johar, Sara Ali Khan, Arjun Kapoor, Aparshakti Khurana, Varun Sharma, Punit Malhotra among others were seen wishing the birthday boy. Varun’s girlfriend Natasha Dalal was sitting next to the actor during the celebration. 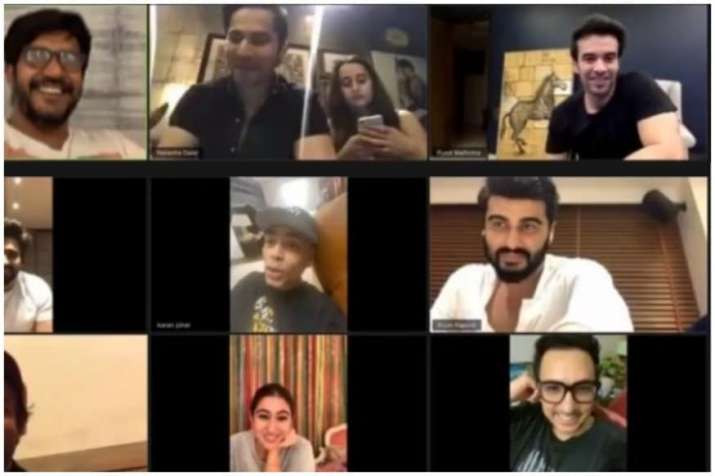 Talking about his laylove, Varun Dhawan opened up in  Koffee with Karan and said, "Where me and Natasha are concerned, I think, eventually, after we get married, we are together all that stuff, she has to, she has her own individuality. That's why I'm with her because she has her own individuality, she has her own voice which is super strong with things she wants to do and things she wants to achieve in life. And, as her partner, that is something I want to support, you know. And, she has been so supportive where my career is concerned, always, from day one actually".

On the professional front,  Varun Dhawan will be seen next in David Dhawan directed Coolie No 1. The movie will feature Sara Ali Khan and Paresh Rawal. The flick is the remake of 1995 film of the same name.