Ibrahim Ali Khan is celebrating his 20th birthday with his sister Sara Ali Khan. The diva took to her Instagram stories to give a sneak-peek into Ibrahim's midnight birthday celebrations and shared a picture of a football-shaped cake.

Saif Ali Khan and Amrita Singh's son Ibrahim Ali Khan turned 20 today. The star kid is celebrating his birthday with his sister Sara Ali Khan. The diva took to her Instagram stories to give a sneak-peek into Ibrahim's midnight birthday celebrations and shared a picture of a football-shaped cake. Everyone knows about Ibrahim's love for football. The star kid is frequently seen playing the sport in the city with his friends and flaunting moves with the football. Sara treated her baby brother to a huge blue-white birthday cake with the football team Chelsea F.C. logo on it.

Giving the cake her personalized touch, Sara had 'Iggy' written on it. The actress loves to call her brother 'Iggy Potter.' So the cake had a jersey with the word 'Iggy' and number 7 written on it. Sara shared a video of Ibrahim cutting the cake. The video also reads, "I love my little brother." Check it out- 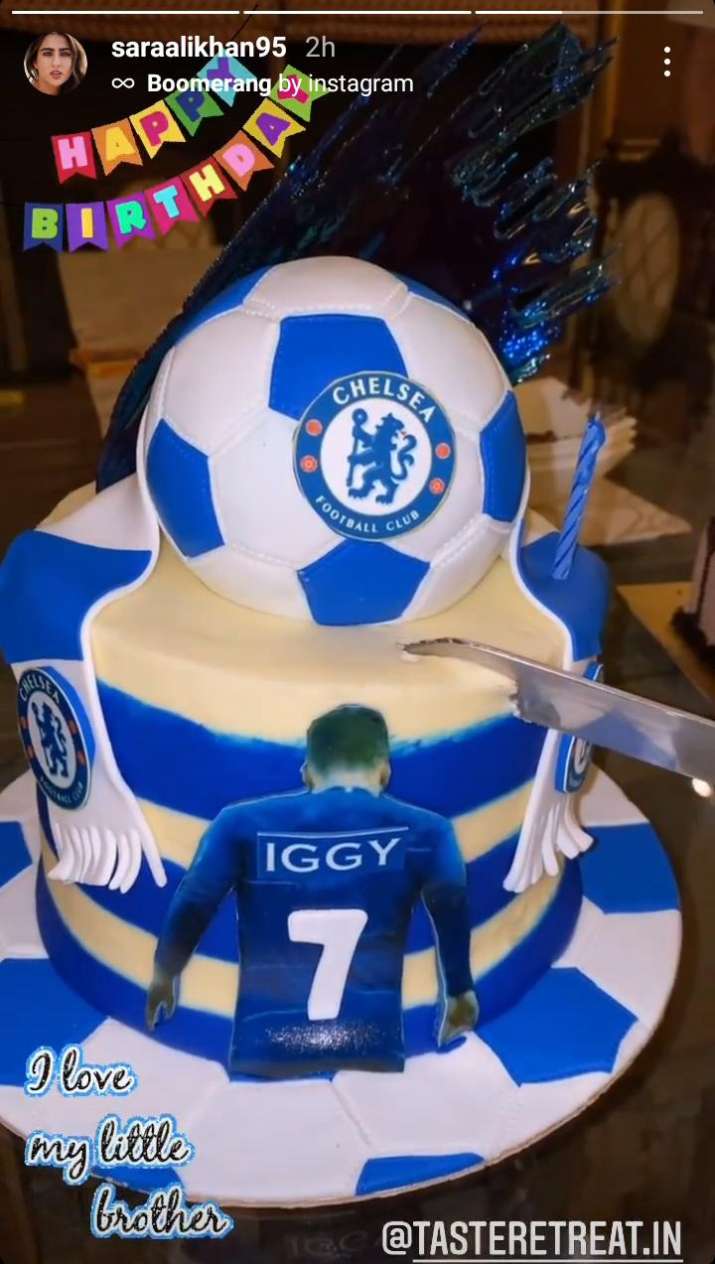 Ibrahim Ali Khan isn't active on social media but enjoys a huge fan base on the internet. Sharing the suave looks of his father, fans have been waiting for Ibrahim to make his Bollywood debut soon. Earlier, dad Saif opened up about his family and the career choice his kids would be interested in. Talking about Ibrahim's career choice he revealed that the young Pataudi wants to be an actor and will be making his debut soon.

"My sister is kind of in the movies, my wife, my ex-wife as well... So all of us. My daughter, my elder son wants to be an actor, and I think Taimur will be an actor for sure, he’s entertaining us already," he had said.

On a related note, Ibrahim's pictures broke the internet recently when he recently attended a friend's wedding. Reportedly, he was at Chief Minister of Punjab-Captain Amrinder Singh’s granddaughter, Seher Singh’s wedding to Aditya Narang. For the occasion, he donned a black bandh gala sherwani and kept it simple without any accessories. fans were left drooling over his traditional look and many also compared him to father Saif Ali Khan.