Soon after 'Gangubai Kathiawadi' teaser release, Sanjay Leela Bhansali, Alia Bhatt and others came under one roof to celebrate the 58th birthday of the ace director.The inside videos from the birthday bash have now gone viral on the internet. In the same, we can see the director blowing up the candles and cutting his birthday cake while Alia hoots for him.

It was a really important day for actress Alia Bhatt and filmmaker Sanjay Leela Bhansali as the first teaser of their upcoming film 'Gangubai Kathiavadi' was released. Soon after the big announcement, the stars came under one roof to celebrate the 58th birthday of the ace director.The inside videos from the birthday bash have now gone viral on the internet. In the same, we can see the director blowing up the candles and cutting his birthday cake while Alia hoots for him. The party was also attended by celebs like--Meezaan Jafri, Sharmin Segal, Ismail Darbar, and others.

On of the videos which was taken by the paparazzi caught Alia and Bhansali waving at the media after which the actress gives her signature hand folding pose from her upcoming film.

Another video was shot inside and shows Alia asking everyone to keep shush while he cuts the cake and as soon as he does that, she joins the rooting and claps like everyone else.

Alia was clicked by the shutterbugs before entering the director's house. Check her pics here: 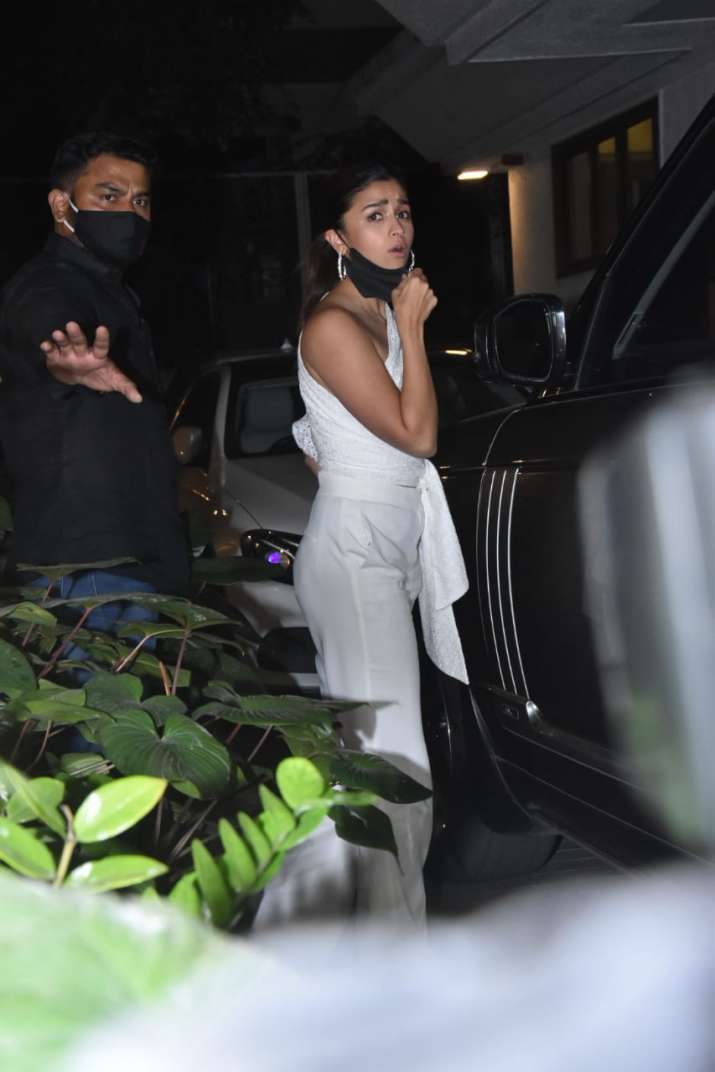 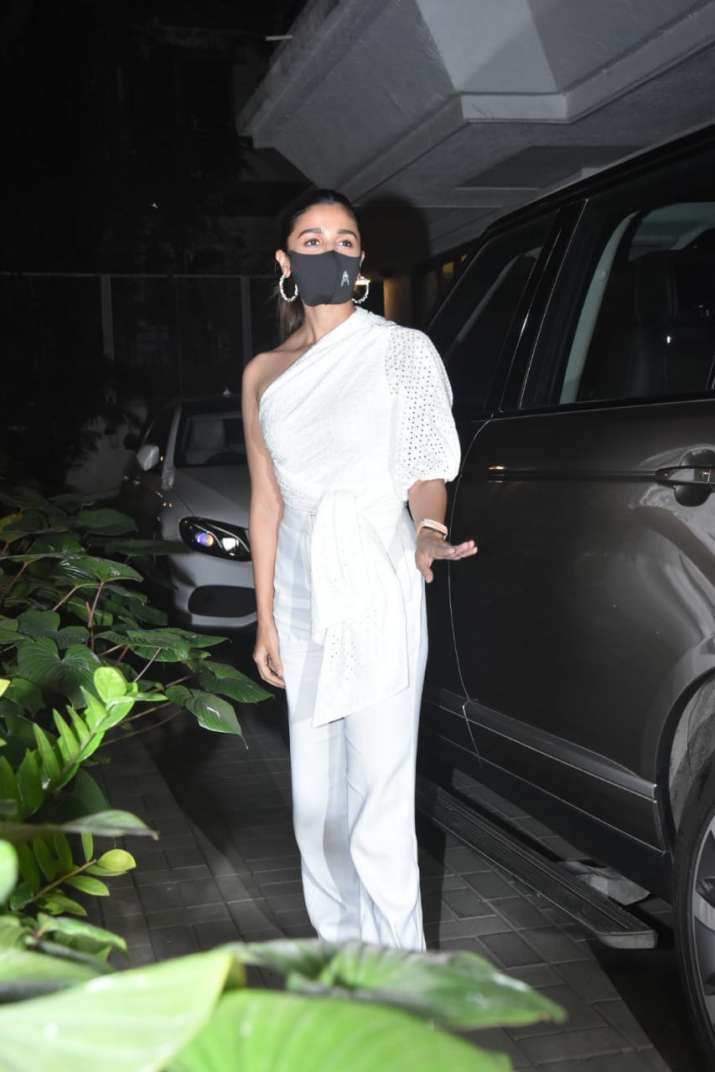 The actress made her debut with Johar's Student Of The Year in 2012, and is known to share a great equation with the filmmaker. Yesterday, she shared the trailer and wrote, "Gangubai Kathiawadi Teaser Happy Birthday Sir..I can think of no better way to celebrate you and your birthday Presenting a part of my heart & soul. Meet .. Gangu!"

Akshay Kumar wrote: "#GangubaiKathiawadi... had found the title itself very intriguing from the day I'd heard it...the teaser only adds to it! @aliaa08 along with #SanjayLeelaBhansali sir bring their A-game again, so looking forward to it Clapping hands sign."

Shah Rukh also posted a very warm message for his Dear Zindagi co-star. Calling her "little one", he wrote: "I always look forward to your work as an actor ‘little one'. And this one seems extremely special....and you....so Gangsta!!!  All my love and wishes for the film. @aliaa08." The actress replied to him too and wrote, "Love you my favourite!!!!!! Thank you thank you!!!" SRK completed his note with heart emojis.

Alia retweeted filmmaker Karan Johar's tweet that said: "With @aliaa08 and #SanjayLeelaBhansali working together, it's bound to be magical.... What a brilliant teaser! Super super proud of you baby girl! Can't wait to see this on the big screen! Fire @bhansaliProductions #GangubaiKathiawadi."

This is the first time that Bhansali is directing Alia. The film is about the life of Gangubai Kothewali, madam of a brothel in Kamathipura, and is based on a chapter of Hussain Zaidi's book Mafia Queens Of Mumbai. It is set to release on July 30.